It was a relaxed start today. We all had a sleep in. Dad sauntered off to find coffee while we thought about what to do today. He returned with orange juice that was freshly squeezed by a lady on the street, and some pastries.

The Ciudadela Market is a traditional style Mexican market which specializes in the sale of Mexican handcrafts and folk art. We wandered and had coffee and bought trinkets for my students, tin Milagro hearts and a party dress for Ling. So much colour! So many skulls! So much Frida! I wonder what she would think of her face on EVERYTHING. 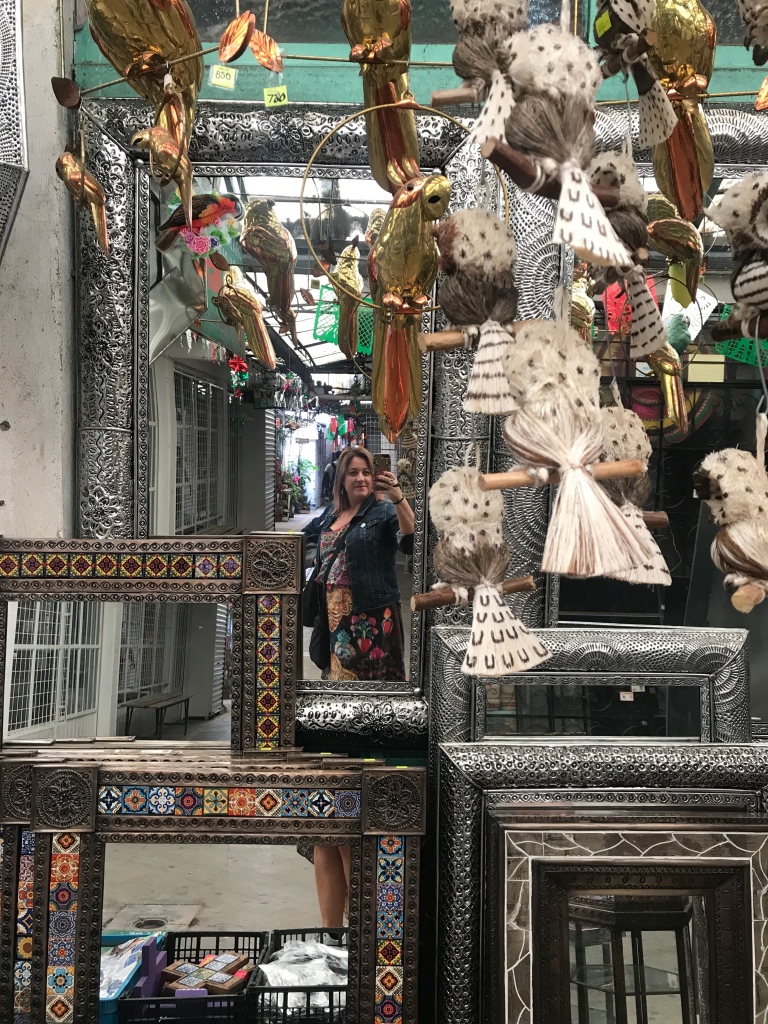 Outside of the market we ‘enjoyed’ some crunchy snack – grasshoppers. I needed a good sip of water! 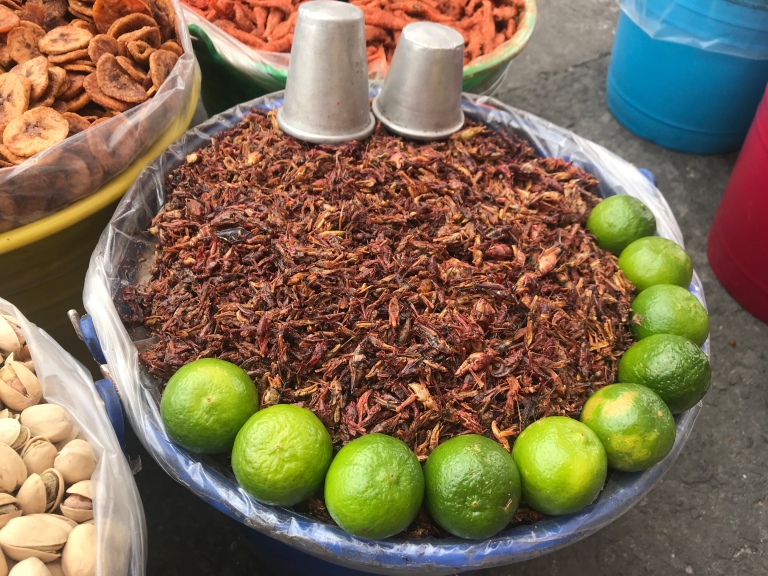 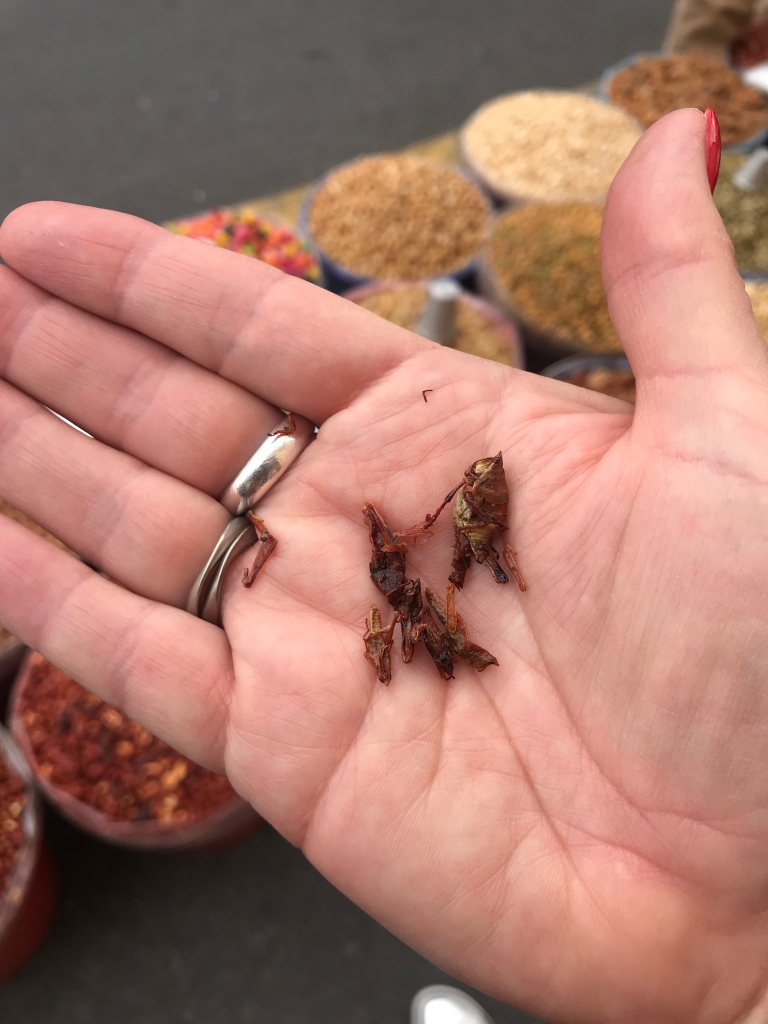 Next up we had a debate over getting an uber 1.4kms back into The historical centre, or walking and seeing the streets. Walking won (I was on Team Walk). Very nearly regretted it when an aggressive beggar chased us and kicked Josh for refusing to give him money. Was a little bit scary but we kept walking because it wasn’t a bad area or anything as plenty of well dressed locals walking about having a chuckle at our expense. 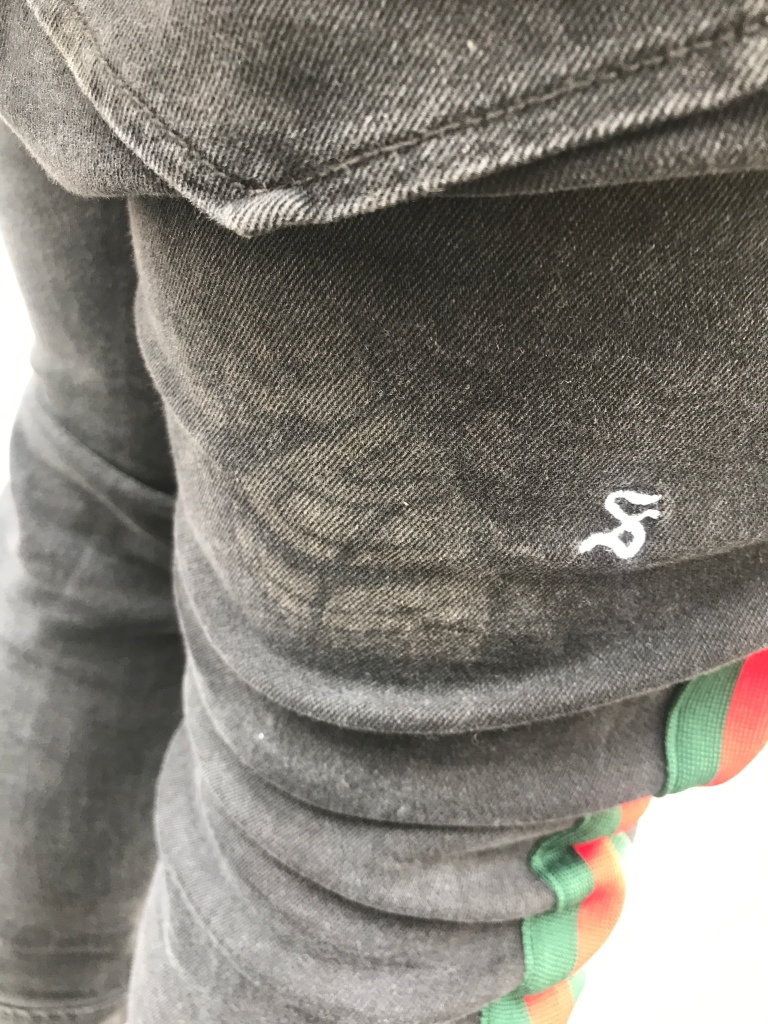 We stopped for coffee at a restaurant that’s claim to fame is that it was the one Daniel Craig walked above in the James Bond film, Spectre. The cafe overlooks the square in front of the Art Museum and in the movie, there is a Day of the Dead celebration going on.

Ling decided she liked the look of a picture of what she thought was a creamy dessert with pomegranate seeds and mint. Instead this was a traditional Mexican flag coloured dish called chiles en nogada served in September to commemorate Mexican Independence from Spain. The red white and green are for the colours of the Mexican flag.

We returned for a look inside this magnificent church. So opulent and grand. A long way from a wandering itinerant rabbi.

Students beginning assemble for the rally to be held in memorial for the 100s of students killed in the massacre of 1968. 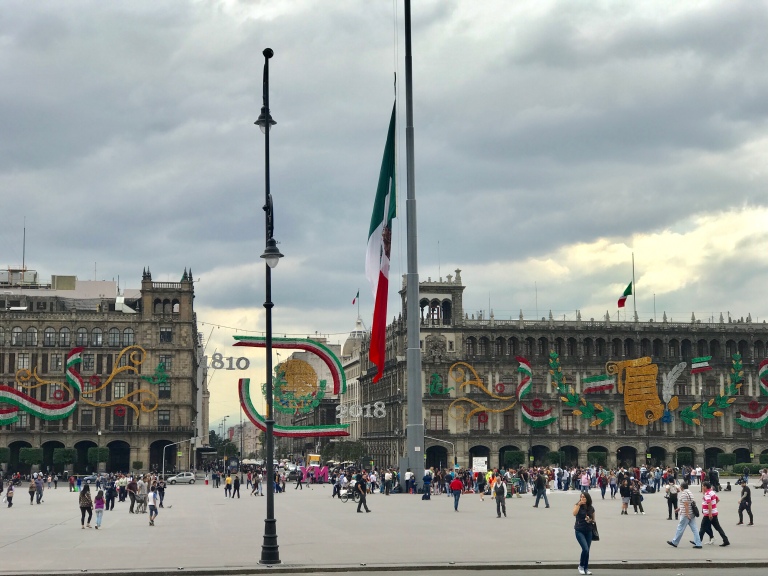 The cathedral was built smack bang over an important Mayan temple. 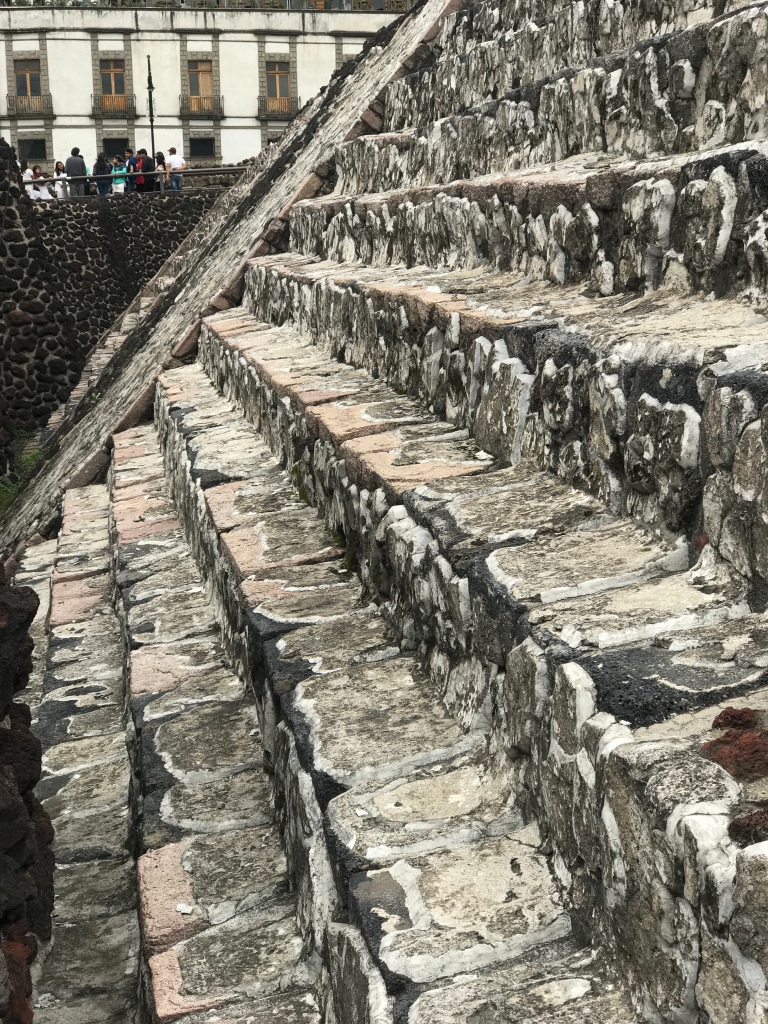 Built as the home of the Spanish Viceroy in 1785. More importantly the is the filming location of the Capulet Mansion in Romeo + Juliet.

. The site of the hill was a sacred place for Aztecs, and the building atop it has served several purposes during its history, including that of Military Academy. 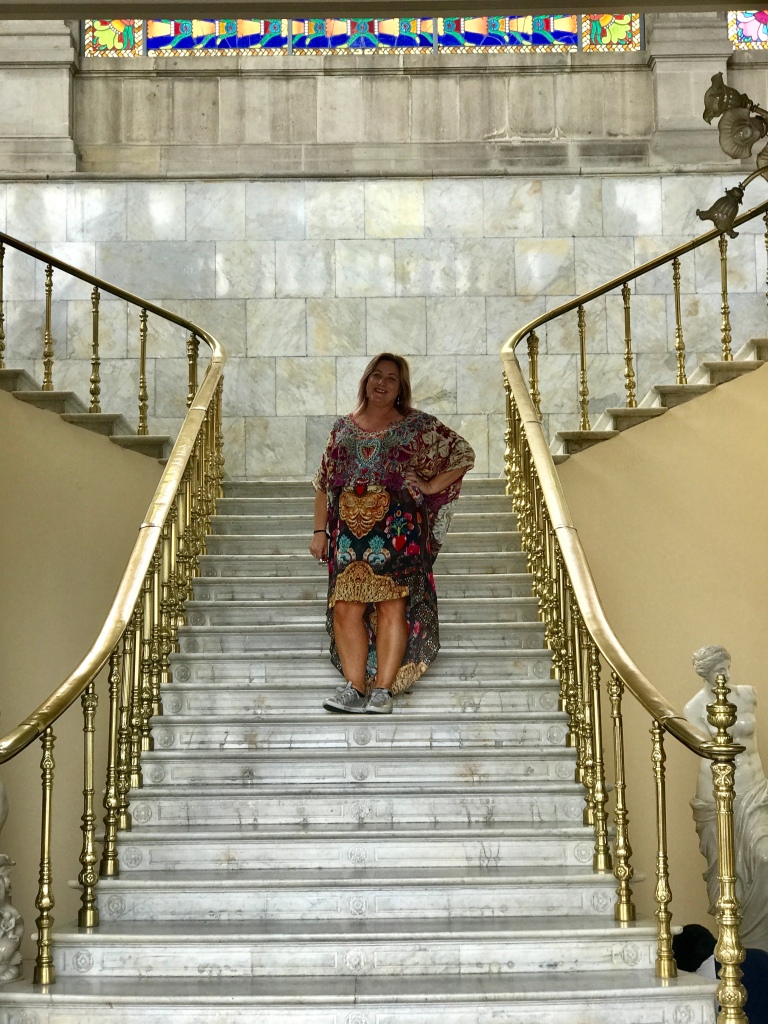 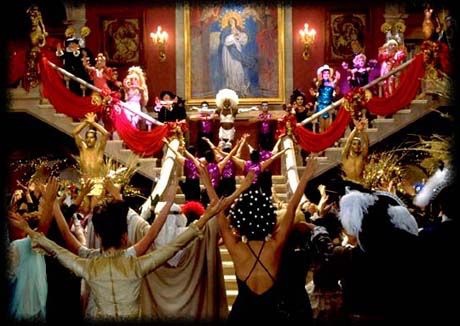 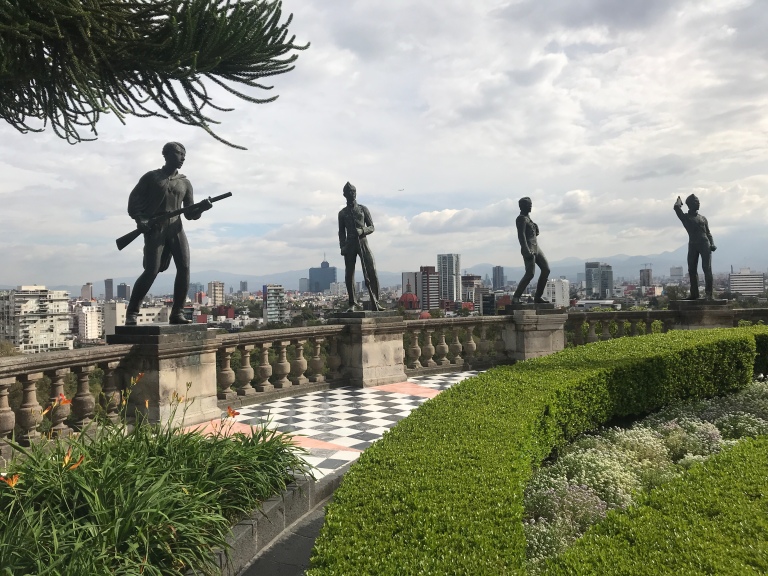 Then it was back to our Airbnb to smoke Cuban cigars and be surprised by a random husky on the roof of the funeral parlour next door. 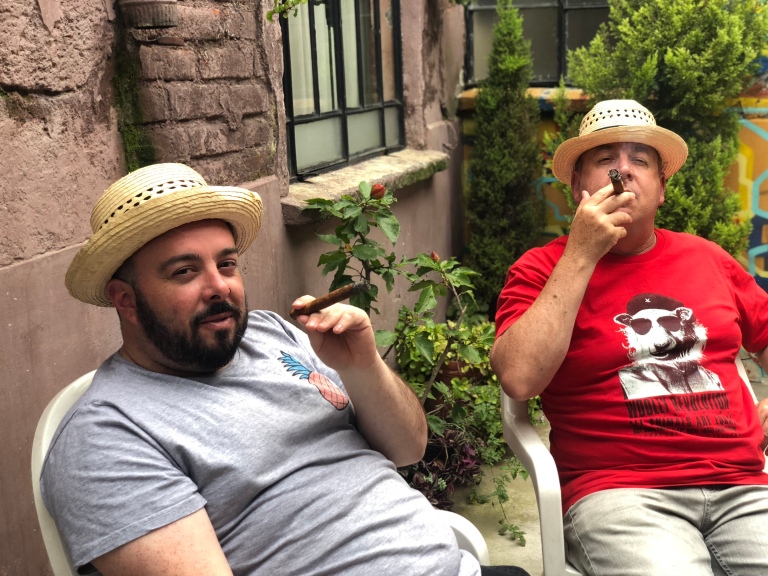 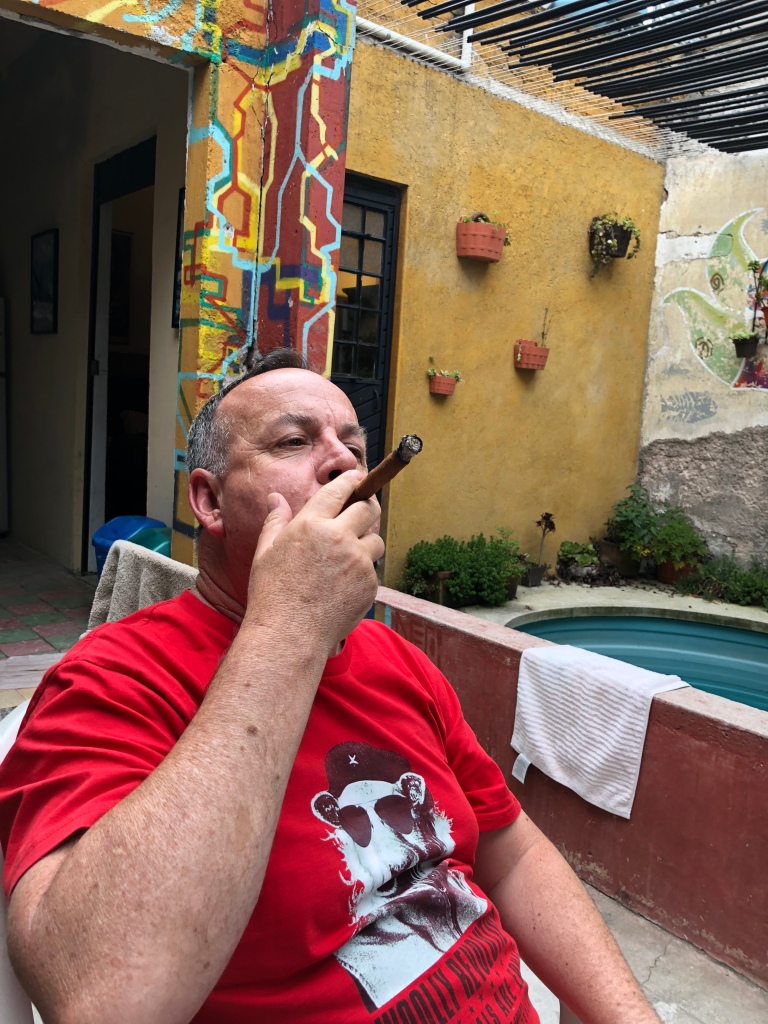 Fine dining for birthday dinner for Josh. He chose this place as it is the number 11 ranking in the 50 top restaurants in the world and being in Mexico, very affordable even having wine pairing with the 11 course tasting menu. 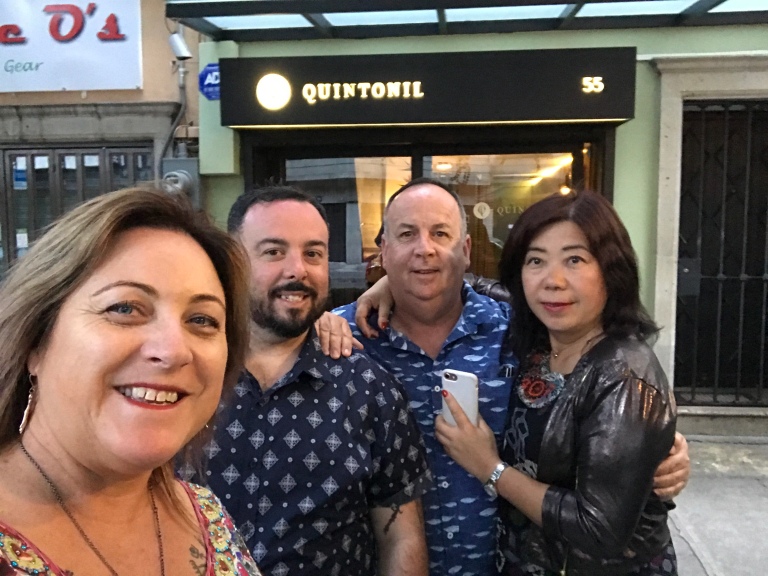 It was fair to say that we had a bit too much to drink but the food was glorious and the service outstanding. I will edit this post eventually and describe each dish but for now this will have to do.