A last minute booking with a private tour. Dad knew our guide Israel was the perfect one for us when he wanted to take a selfie outside our Airbnb and insisted we be silly. 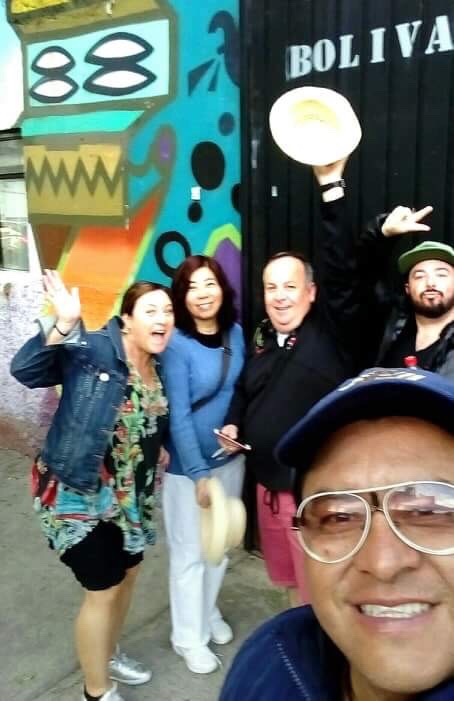 It was a two hour drive to our destination via the Golden Highway from Mexico City to Puebla. A steady climb out of the valley and up onto the plateau 9000 feet above sea level.

“Two hours or so by road from Mexico City airport, about 125km south-east, lies Puebla, Mexico’s fourth-largest metropolitan area and a centre of its auto industry. To Mexicans, it is known as the site of Cinco de Mayo, the battle in which the nation heroically and unexpectedly defeated Napoleon III’s French forces in 1862; as the crucible of the revolution that began in 1910; and the home of mole poblano, the chilli-and-chocolate sauce for meat (said to have been invented at the Convent of Santa Rosa, when a bishop came unexpectedly to dinner and the nuns had to improvise with what they had in the kitchen). To the rest of the world, it’s not much known at all.” Claire Wrathall 2018

We passed by the volcanoes Popocatépetl (smoking mountain) and Iztaccíhuatl (white Woman or she is sometimes called the sleeping lady) and were told the legend of how they came to be:

The most popular legend about Iztaccíhuatl and Popocatépetl comes from the ancient Nahuas. As it comes from an oral tradition, there are many versions of the same story, along with poems and songs telling this story:

Many years before Cortes came to Mexico, the Aztecs lived in Tenochitilan, today’s Mexico City. The chief of the Aztecs was a famous Emperor, who was loved by all the natives. The Emperor and his wife, the Empress, were very worried because they had no children. One day the Empress said to the Emperor that she was going to give birth to a child. A baby girl was born and she was as beautiful as her mother. They called her Iztaccíhuatl, which in Náhuatl means “white lady”.

All the natives loved Izta and her parents prepared her to be the Empress of the Aztecs. When she grew up, she fell in love with a captain of a tribe, his name was Popoca.

One day, a war broke out and the warriors had to go south to fight the enemy. The Emperor told Popoca that he had to bring the head of the enemy chief back from the war, so he could marry his daughter.

After several months of combat, a warrior who hated Popoca sent a false message to the Emperor. The message said that his army had won the war, but that Popoca had died in battle. The Emperor was very sad when he heard the news, and when Izta heard she could not stop crying. She refused to go out and did not eat any more. A few days later, she became ill and she died of sadness.

Popoca was very sad. He took Izta’s body and left the town. He walked a long way until he arrived at some mountains where he ordered his warriors to build a funeral table with flowers and he put Izta lying on top. Then he kneeled down to watch over Izta and died of sadness too.

The Gods were touched by Popoca’s sacrifice and turned the tables and the bodies into great volcanoes. The biggest volcano is Popocatépetl, which in Náhuatl means “smoking mountain”. He sometimes throws out smoke, showing that he is still watching over Iztaccíhuatl, who sleeps by his side. 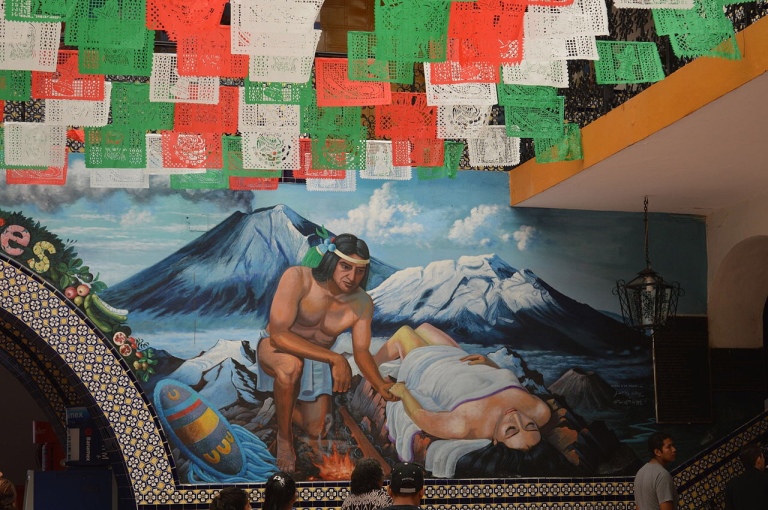 He threw smoke out for us today!

Cholula is a city located next to the city of Puebla. Cholula is best known for its Great Pyramid, with the Nuestra Señora de los Remedios sanctuary on top and its numerous churches. people would stop here on the way to the capital to trade. 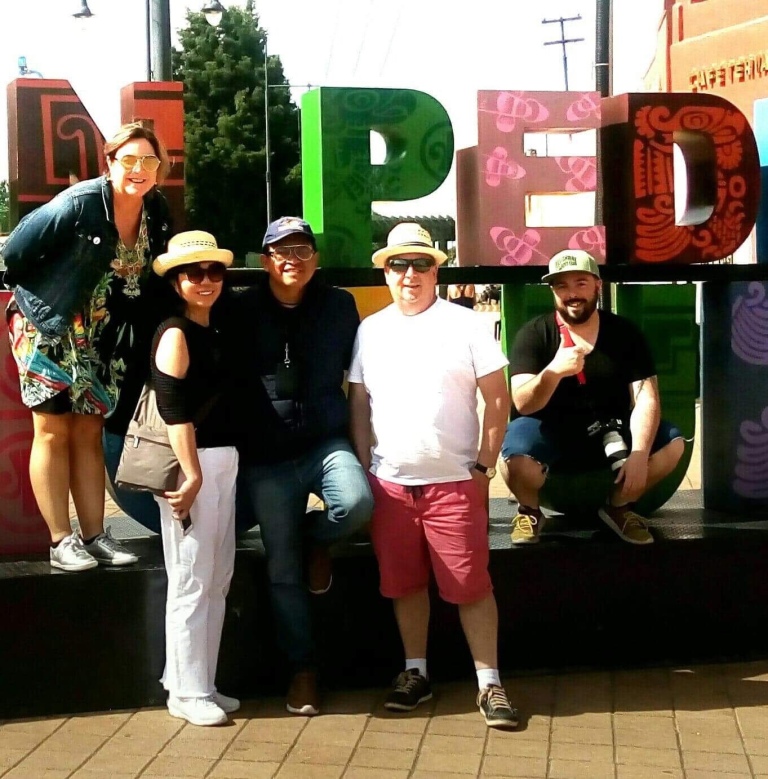 At 9000 feet above sea level, it was hard work walking up to the top where the church is built over a pyramid. 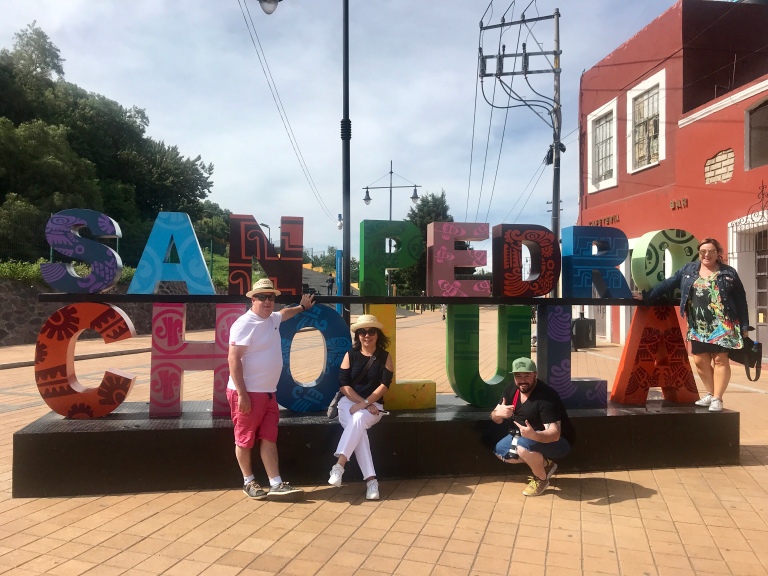 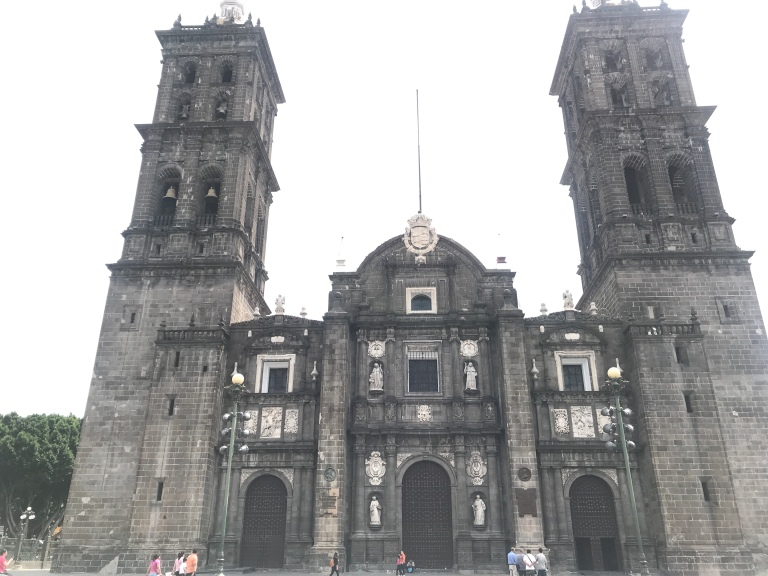 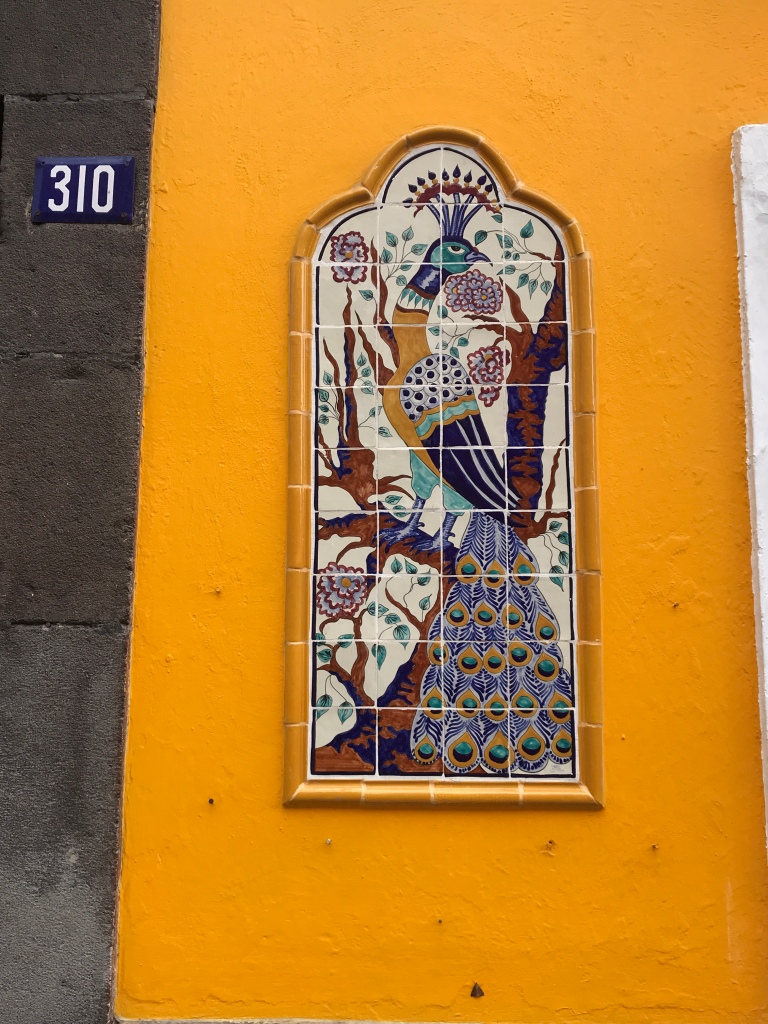 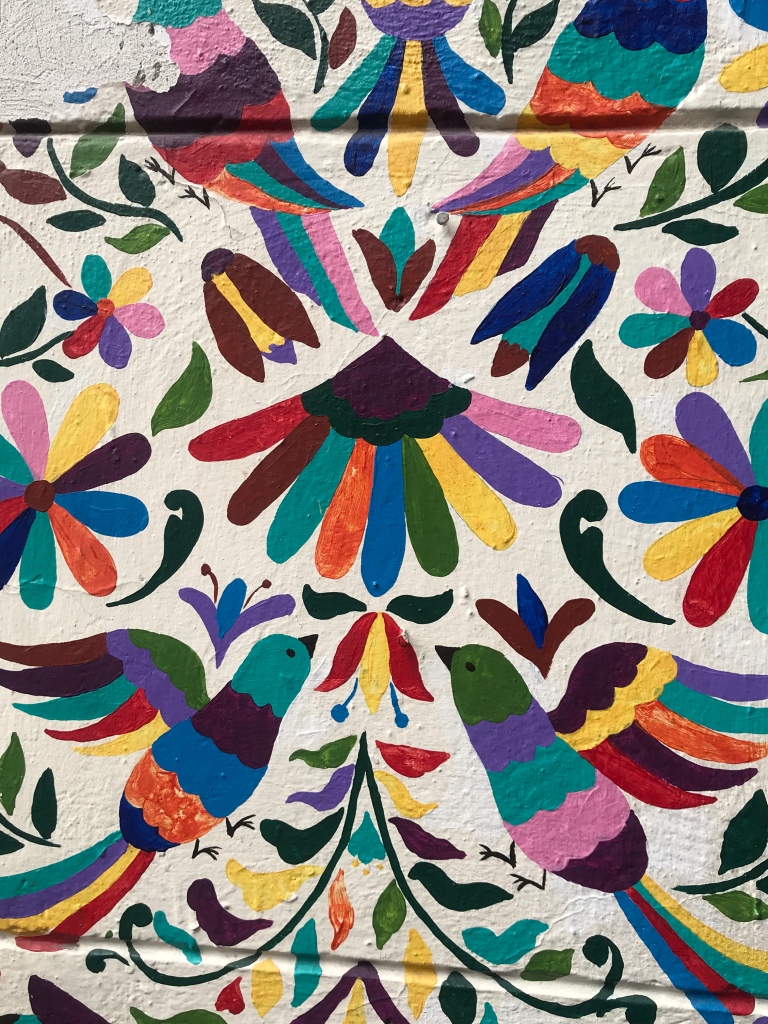 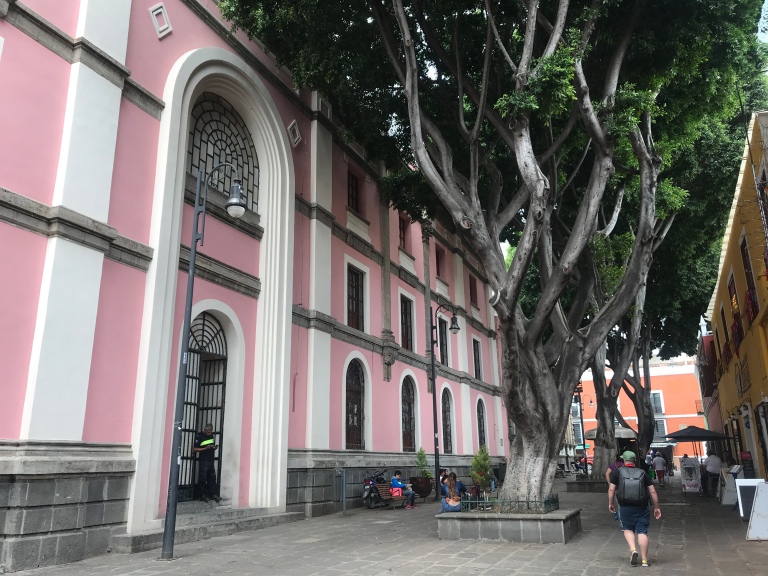 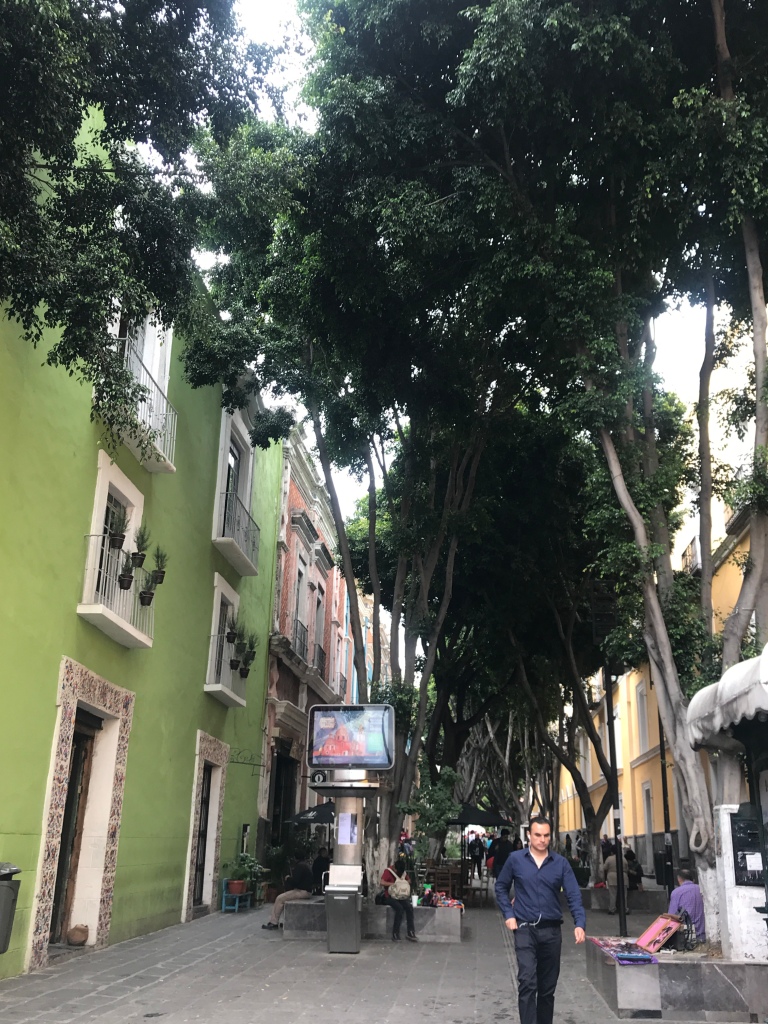 Israel was a fantastic guide. He knew so much history and bits of information about so many things.

We had a great day.