We had a nice sleep in after our rough night and headed out for brunch around 10. We ate at a local nursery that has a cafe called The Quince Tree. 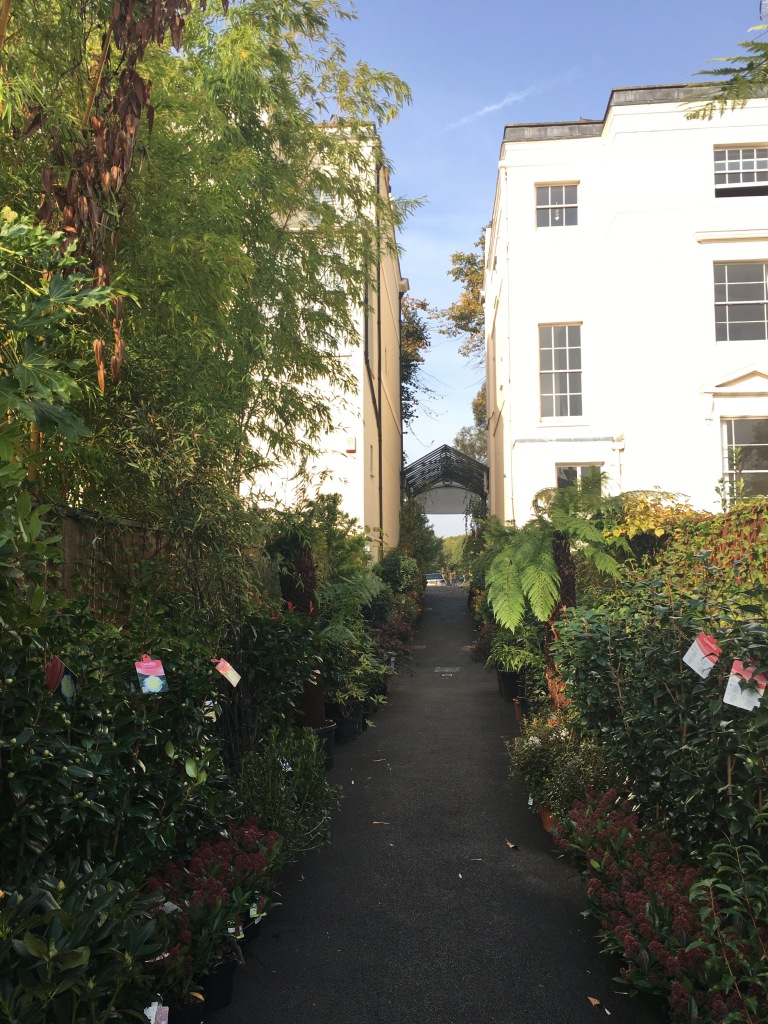 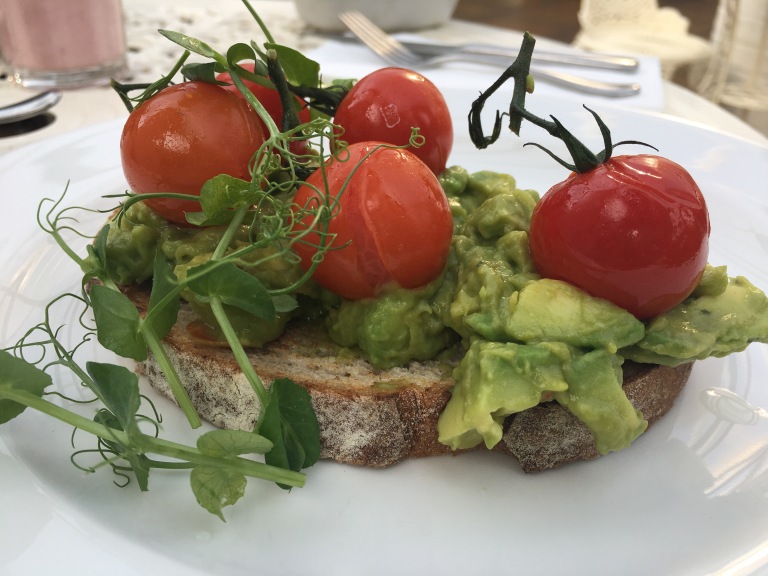 Josh has been whinging about needing to cut his nails and nail clippers were not forthcoming so he had a quick cut and polish at the local nail salon! 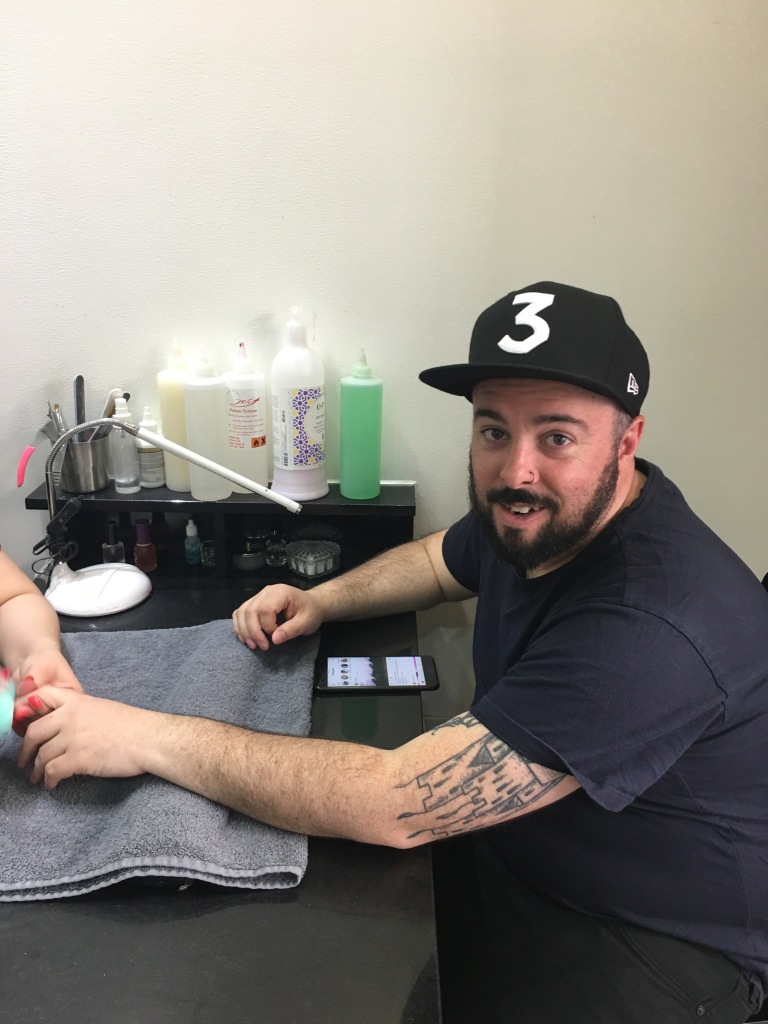 Then we started our leisurely walk for the day. 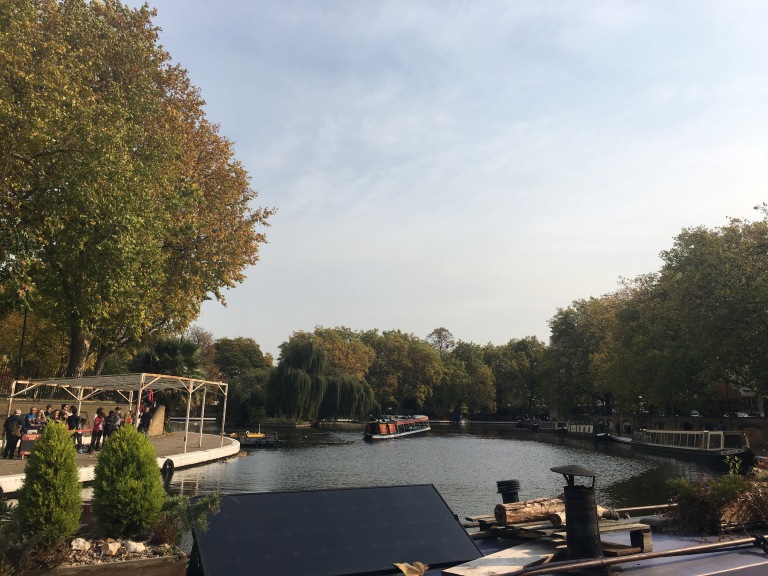 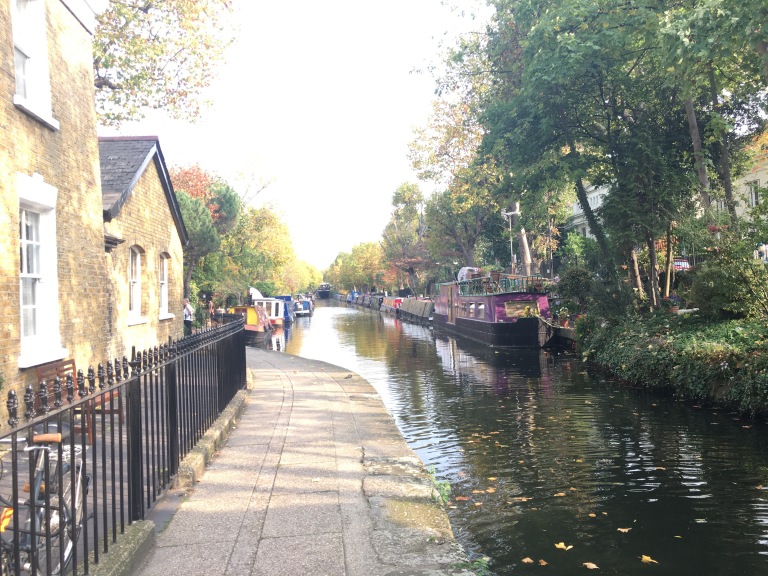 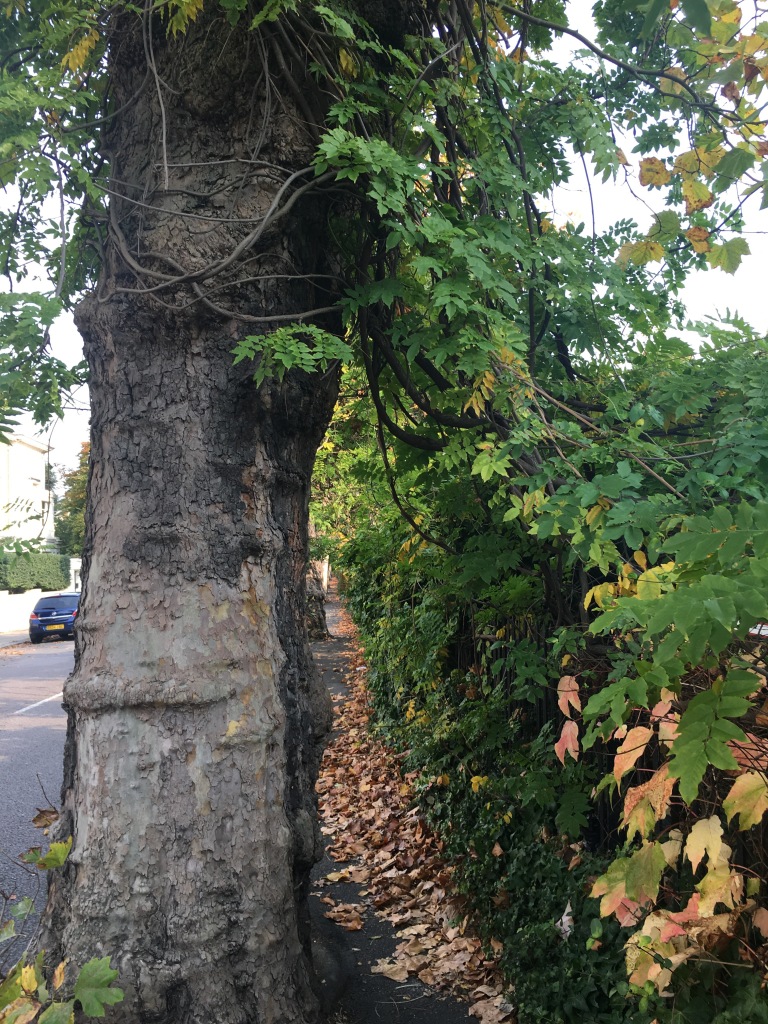 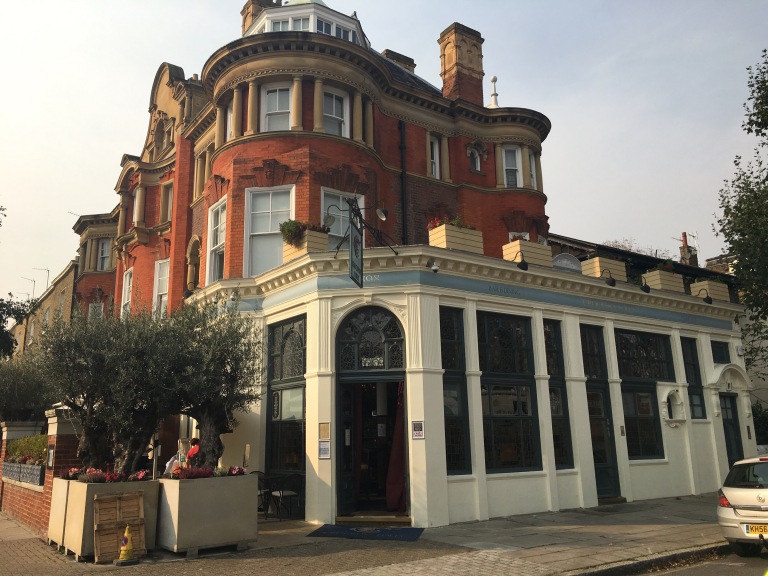 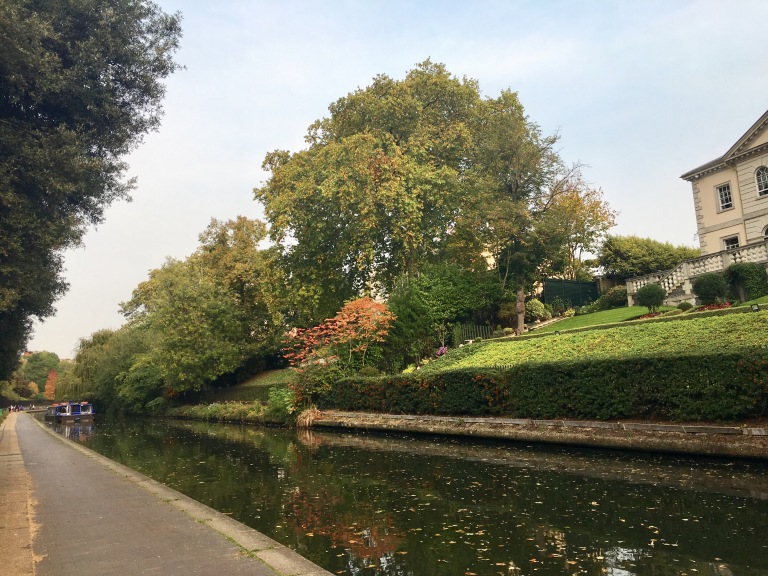 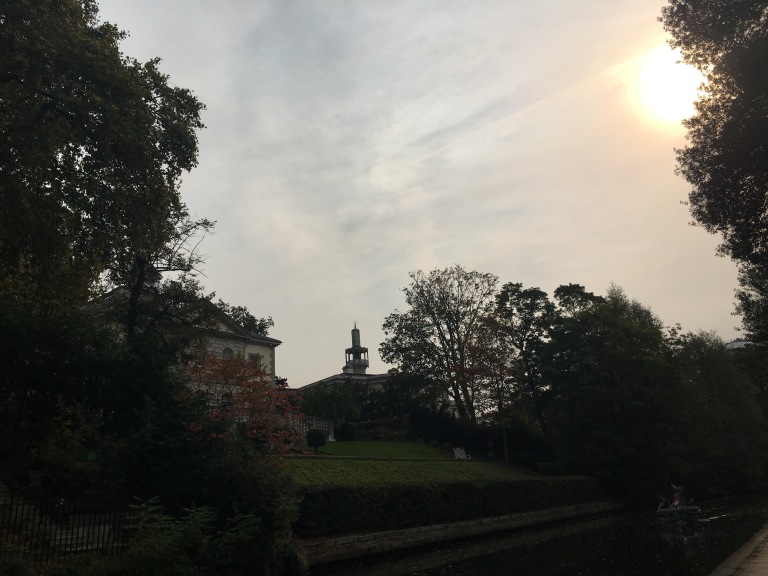 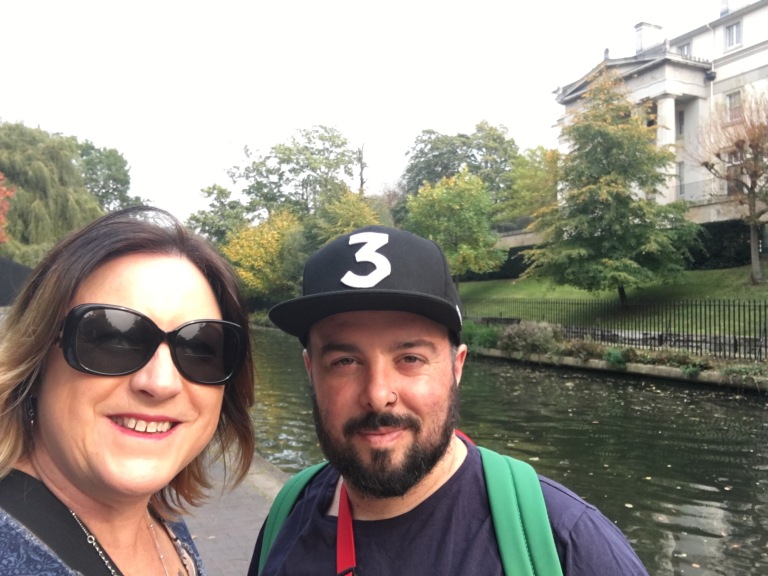 Great view of the London skyline and over Regents Park. The sky got really weird and we discovered later it was due to a sand storm coming from the Sahara caused by cyclone Ophelia. 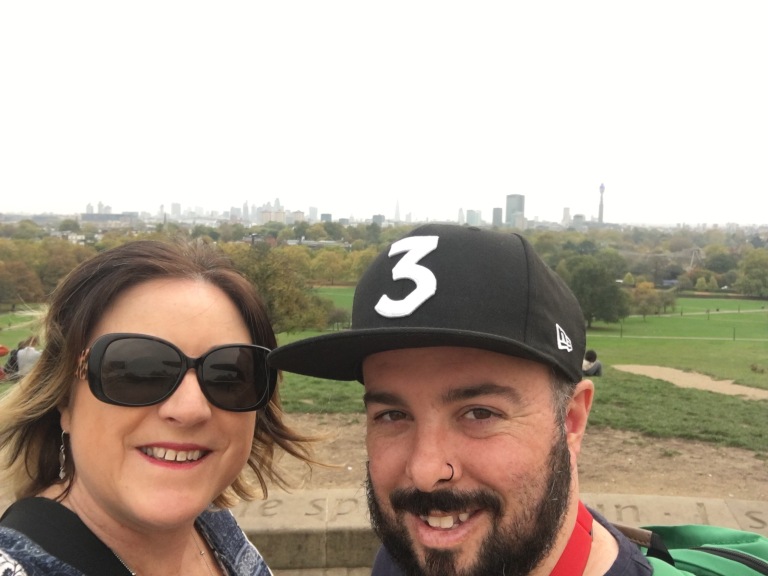 We saw a man with a very disobedient husky! 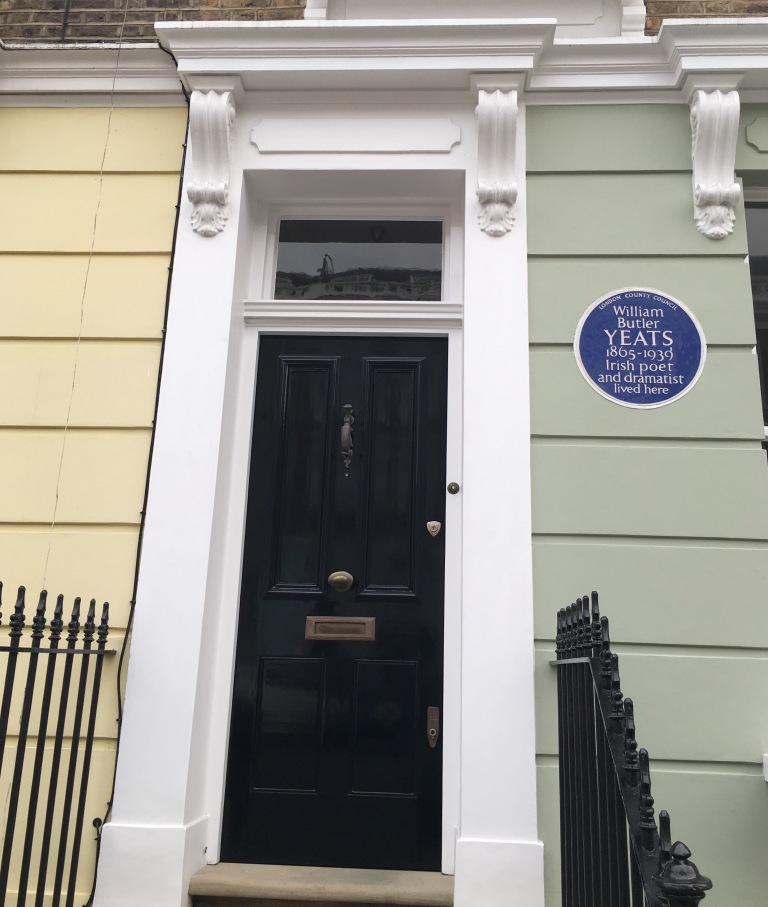 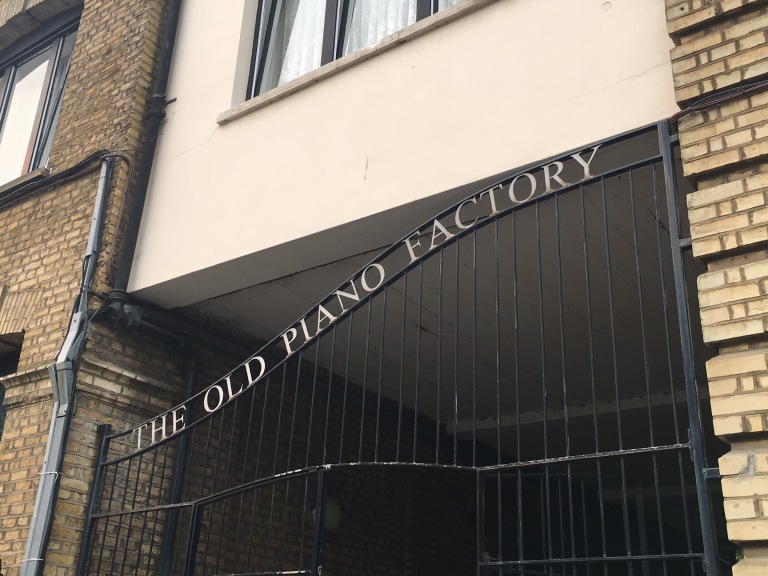 Pretty much for tourists but still fun. Plenty of cheap leather and t shirts. Great food options though so worth going! 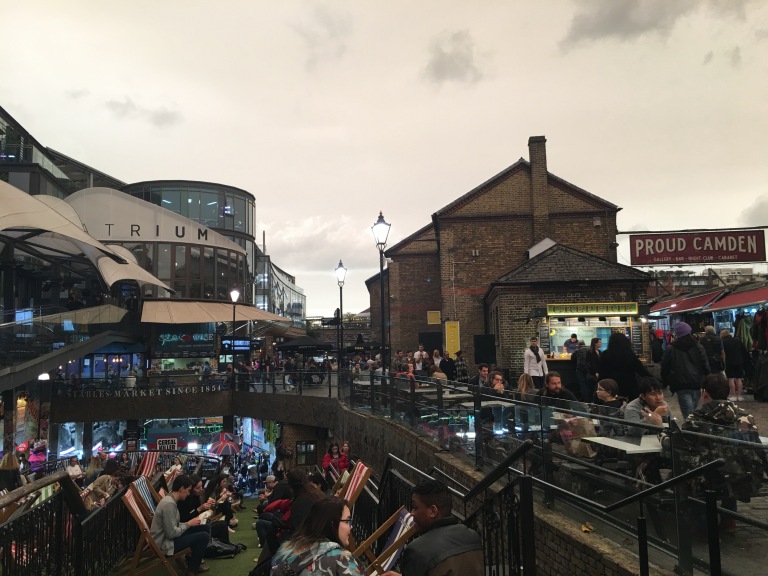 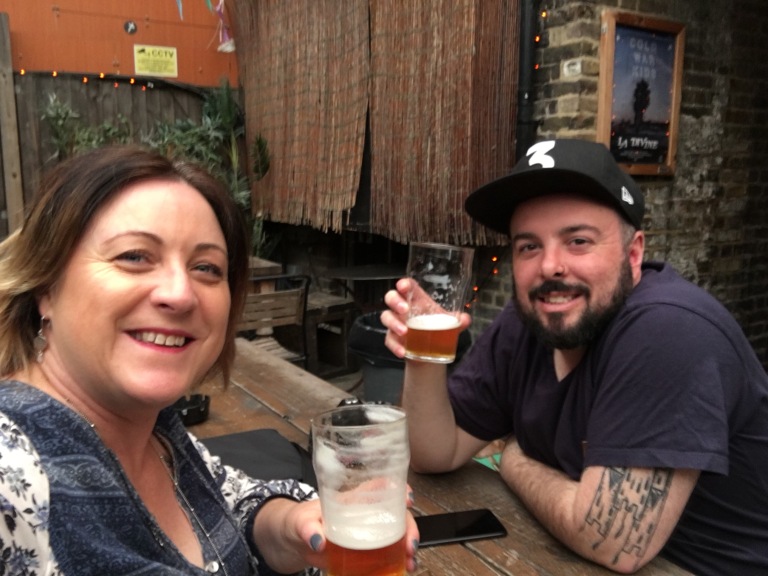 Relaxed with a pint. 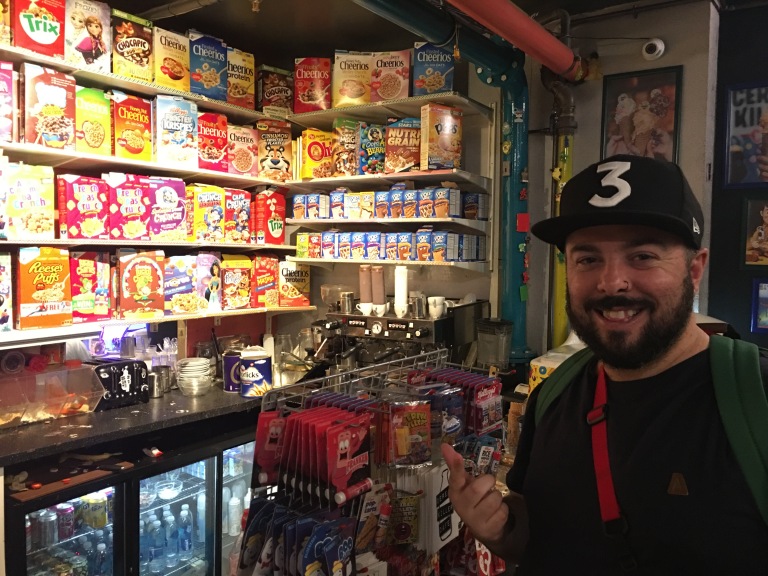 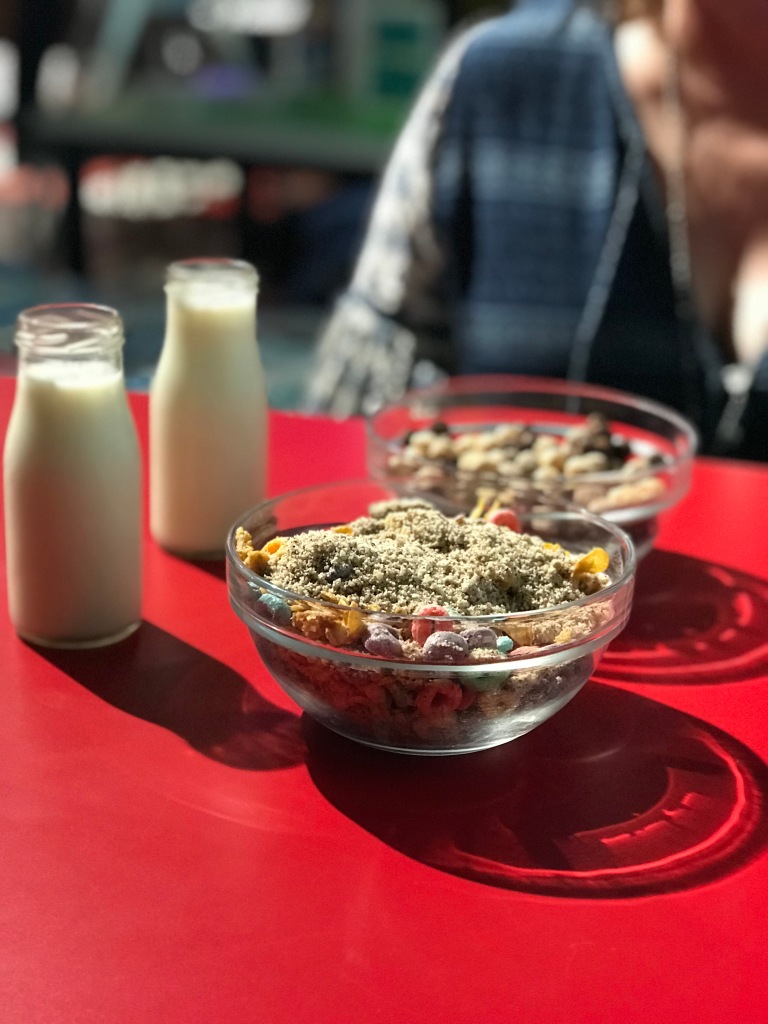 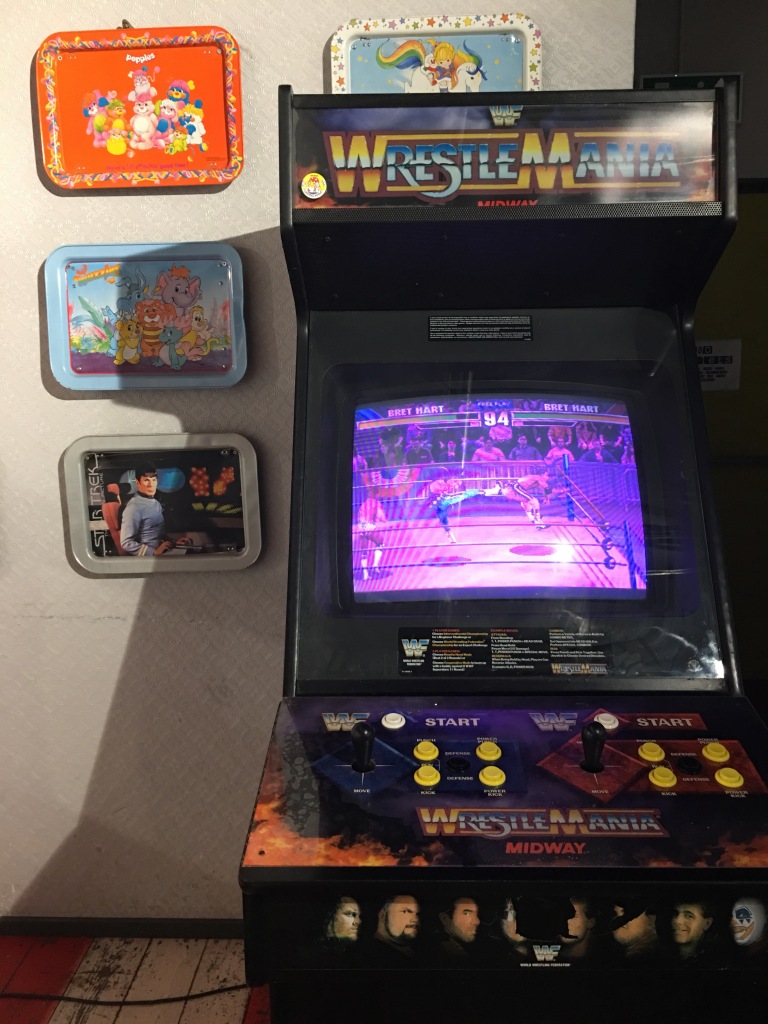 We had drinks on deck before dinner at The Warwick Arms, our local pub. For some reason, despite the short time spent on the boat this afternoon, we can feel the effects when on land!