Tour with local guide David who was a wealth of knowledge and corny puns. He took us on a a bus tour of New town and Old town. New town still 400 yrs old!

Edinburgh has a particular colour to it and it’s because the sandstone was dirty from smoke. In fact Edinburgh used to be known as ‘old reeky’ (old smokey). After some restoration it is now dirty from acid rain and emissions from cars.

Edinburgh Castle is quite beautiful and imposing as it looks over the city. It was never taken by open attack or direct assault but was taken by a seige that lasted 2 years! From down below it was obvious how daunting it would have been to directly attack the castle.

The oldest building inside the castle is the Chapel of St Margaret (daughter of Malcolm who was slain by Macbeth). Below her chapel is the Service Dog cemetery that has dogs that have been killed in action since Queen Victoria’s time.

Mons Meg is the biggest gun in the castle that has a range of 2 miles.

We saw the Scottish Crown Jewels and the Stone of Destiny which was used in coronations. The first people’s brought the stone with them from the North of Ireland. It was kept by the English for 700 years and returned in recent times.

We also visited the room where Mary Queen of Scots gave birth to James 1 in 1566.

The Scottish National War Memorial was also inside the castle. It was built to commemorate the 150,000 Scottish casualties in WW1 and over 50,000 from WW2 till present day. I always find these memorials particularly moving when I think of the absolute waste of life in the trenches of WW1. I wish I could have photographed some of the memorials.

The Great hall of Edinburgh Castle is where JK Rowling launched Harry Potter and the Half Blood Prince.

Walked the Royal Mile And explored the Greyfriar Kirk graveyard, firstly to see Bobby’s grave. Greyfriars Bobby was a Skye Terrier who became known in 19th-century Edinburgh for supposedly spending 14 years guarding the grave of his owner until he died himself on 14 January 1872. Bobby belonged to John Gray and when he died he was buried in the churchyard. Bobby spent the rest of his life sitting on his master’s grave. When Bobby died he was buried just inside the church yard gate. 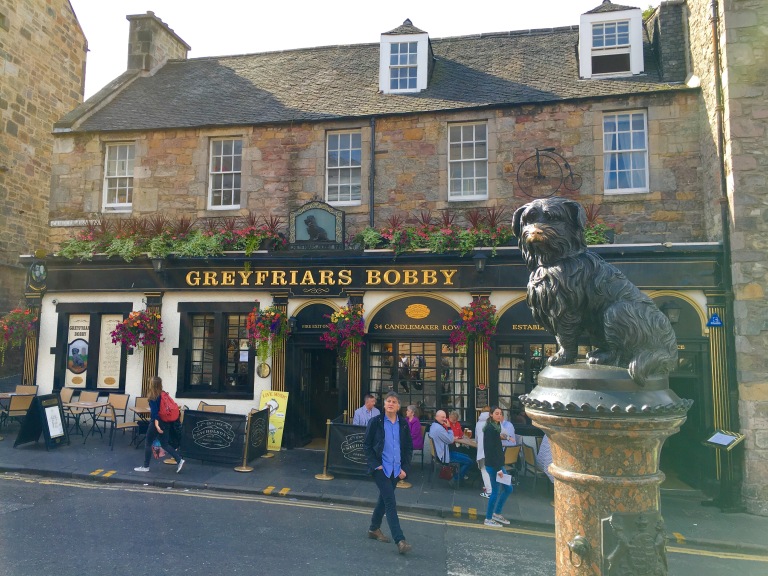 The other grave of note was inspiration for JK Rowling. The little coffee shop where she wrote her books is just around the corner from the church and she would wander the church year and other places looking for ideas. Firstly, through the gates of the graveyard she could see a very posh school, ‘George Heriot’s School’, That was her inspiration for Hogwarts. There are also a number of tombs with names or stories very familiar to fans: Professer Mcdonigal, Hermione, and of course Tom Riddle AKA Voldemort.

After walking the Royal Mile, Josh headed to Arthur’s Seat for more views and Harry and I ended up at the Edinburgh Dungeon for some fun and scares. He had a great time and I was so glad we passed it and decided to go in. There’s only so much walking and history a kid can handle in one day! We also spent some time in a lovely sweetie shop that again was inspiration for JK Rowling but the proprietor said not to tell anyone. It shall be known as the candy store that shall not be named. She was fantastic fun and she chose a selection of sweets for Harry based on the types he said he likes back home. She certainly knew her stuff!

We met up with Josh at Scott’s Monument and headed for dinner. 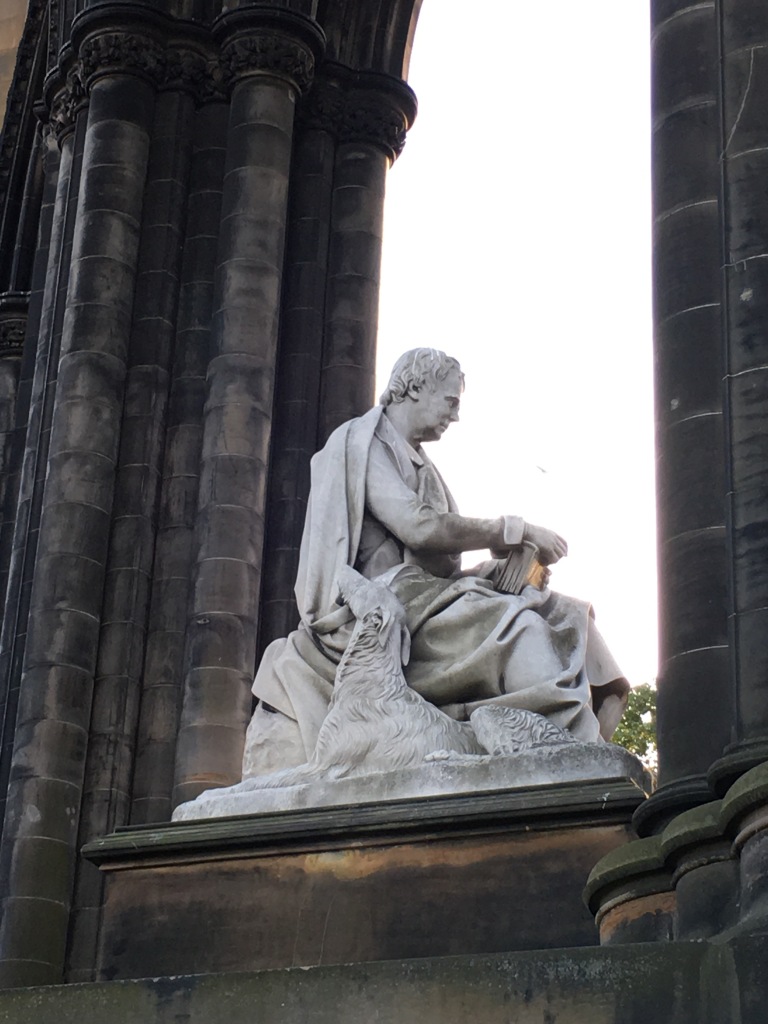 A lot of walking today. A lot to see and take in. A beautiful city with a view down every lane way and a skyline that is magnificent when bathed in the afternoon setting sun.

And of course, what’s a trip to Edinburgh without a catch up with my secret love…