Day 3: Drive from York to Edinburgh via the Lake District and Gretna Green

The unusual summer weather has gone. We awoke to rain and quite a drop in temperature.

Our route today took us past the airfields of the Battle of Britain and Carrick Garrison where Britush soldiers train. We also passed Augill castle and Brougham castle. 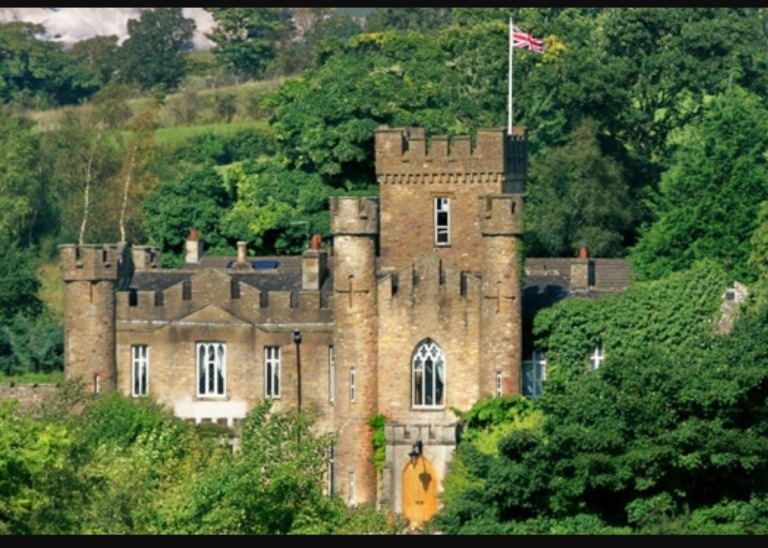 The Lake District is certainly pretty. Dry stone walls, green pastures, sheep and cattle dotted about and Cumbrian slate houses. We travelled Through St. John in the Vale to experience a true country road.
Lunch was in the village of Grasmere (mere means lake in Cumbrian). Charming! Lots of cafes and shops and so many dogs! It’s the sort of place people get away to and do lots of walks. We also enjoyed the famous Sarah Nelson gingerbread. At one point a fighter jet flew over the town! Was such a buzz. you look towards the sound but it’s traveling faster than the speed of sound so it’s too late! 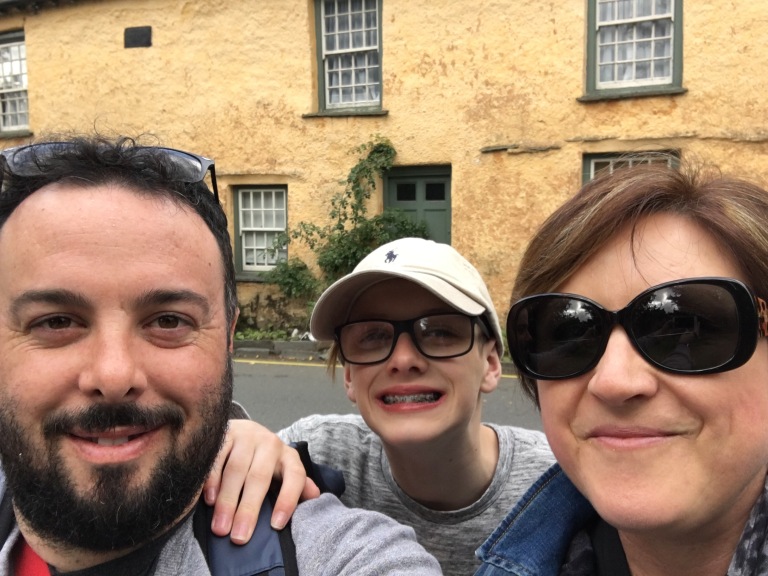 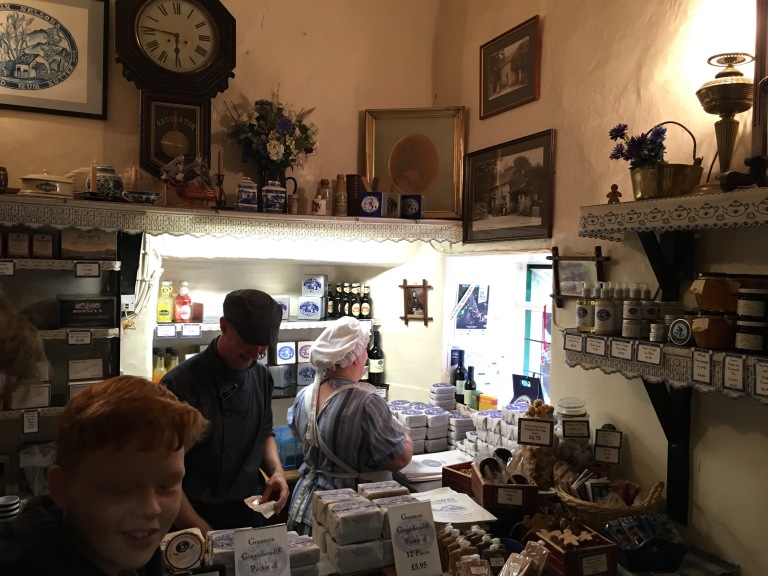 This is Beatrix Potter territory. She had 14 farms and ensured The survival of Herdwick sheep as a breed was due to her. They are an unusual breed. Herdwick lambs are born black, and after a year they lighten to a dark brown colour (the sheep are called hoggs or hoggets at this stage). After the first shearing, their fleece lightens further to grey.

The area is also known for being the place where William Wordsworth is laid to rest at St Oswalds. He also protected the area. This time from railways.

Into Scotland to the spot where couples who were not able to marry in England would come and elope. Despite the legit chapel (and we even saw a bride today!) the place is a tourist trap of crappy shops. A glorified road stop. The toilets were great though!

Our driver played Anaxing Grace as we passed the village of Lockerbie just over the border.

Wonderful hotel! Excited to be staying two nights and able to unpack a bit.

A Taste of Scotland – dinner and show

An unmissable evening of Scottish music, costume, bagpipes, fiddles and dance in the magically historic setting of Prestonfield House. Enjoy exceptional entertainment with wine and a gourmet dinner served by our kilted waiters, just moments from the Royal Mile.

That’s how it was sold to us. The reality was so far from this that you would never believe that the good reviews on trip advisor were written by people who went there! Let’s just say they were throwing soup on the table before I sat down. The food was NOT gourmet, the waiters did NOT wear kilts and the performance was NOT exceptional. The food was actually so crap that the waiters came and got our dessert plate pretty much 2 minutes after they placed it in front of us. It was like they knew. They ply you with so much alcohol that they hope you forget how bad it was. The only fun part was arriving and being greeted by a piper in full regalia.

Josh and I tried haggis too and found it satisfactory! Our bus ride home was a bit of a party as drunk senior citizens sang “Sweet Caroline”!!