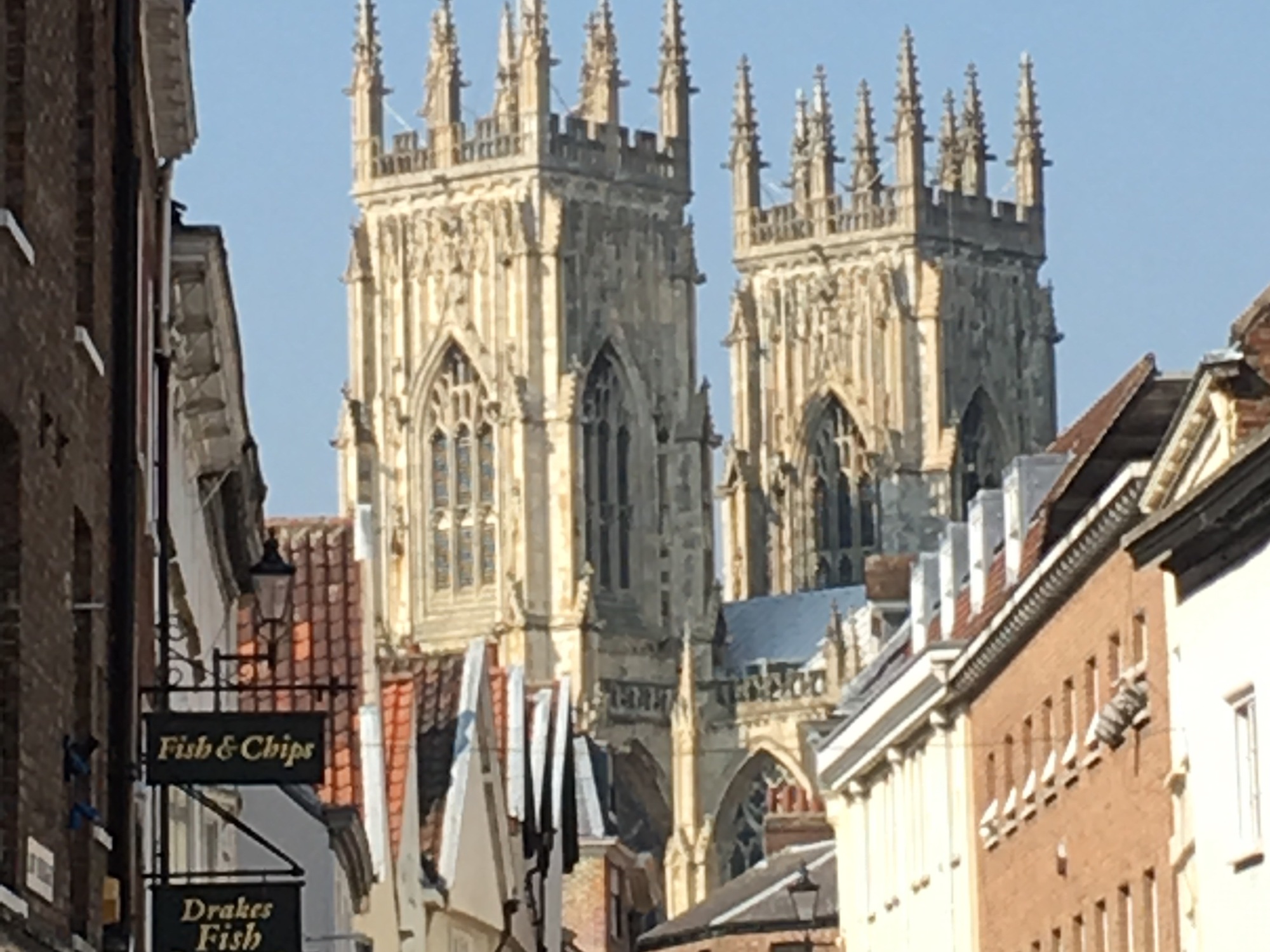 A relaxed start this morning and a buffet breakfast. Then we boarded the bus and had our first photo opportunity at Anne Hathaway’s house. 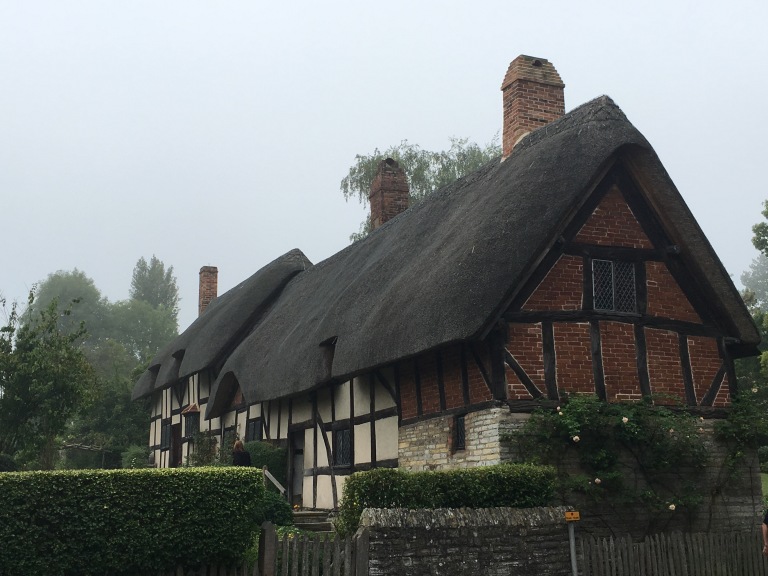 Motorway to York passing Sherwood and Sheffield but so foggy we couldn’t see anything. Still muggy and hot today though. The sun burned through the fog just on our arrival at York.

The city of York was first settled in 71AD and named Eboracum by the Romans.  Then it was anglicized to Eoforwik in the 7th century. It was then named Jorvik by the Norsemen/Vikings and later anglicized to York. 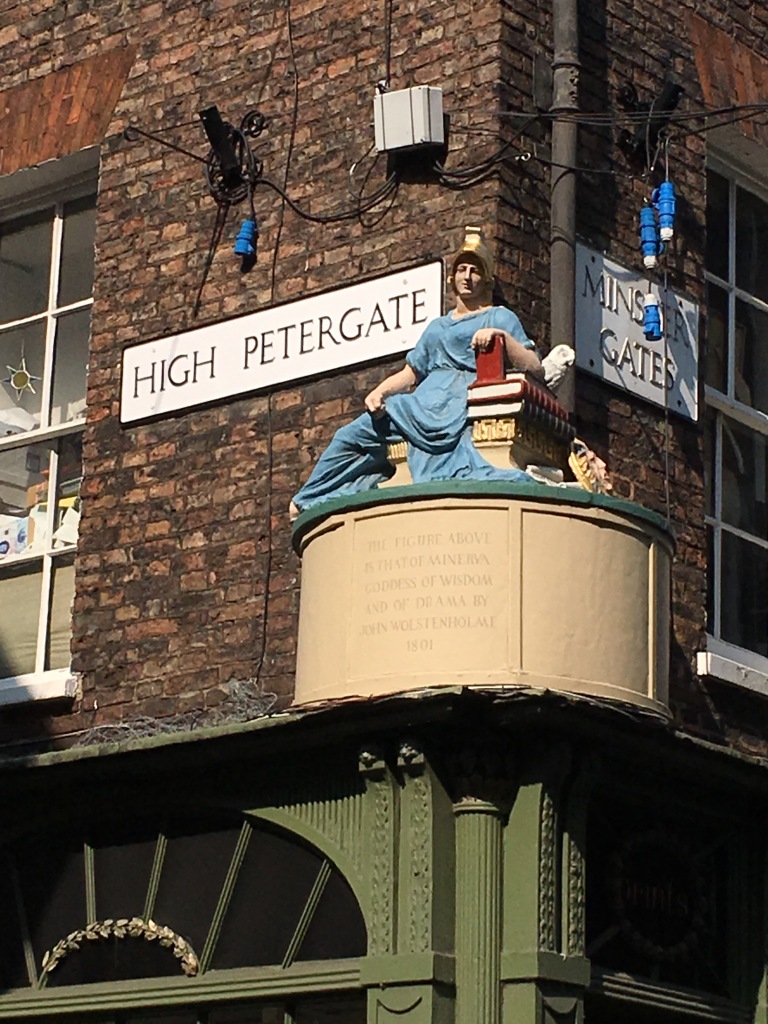 Famous for the Rose Window but there’s also a local legend about the ‘Heart of Yorkshire’ window, which is a part of the cathedral’s Great West Window. The legend states that if couples kiss under the window, they will stay together forever. I wonder if it still applies after 22 days in a bus with a teenager. 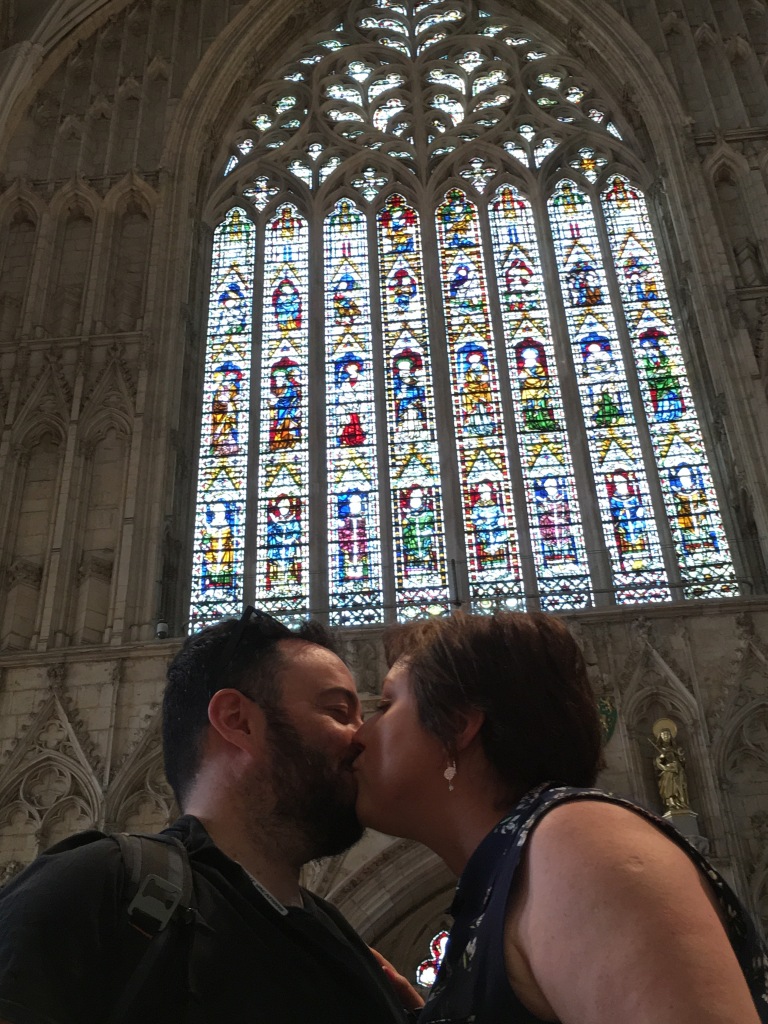 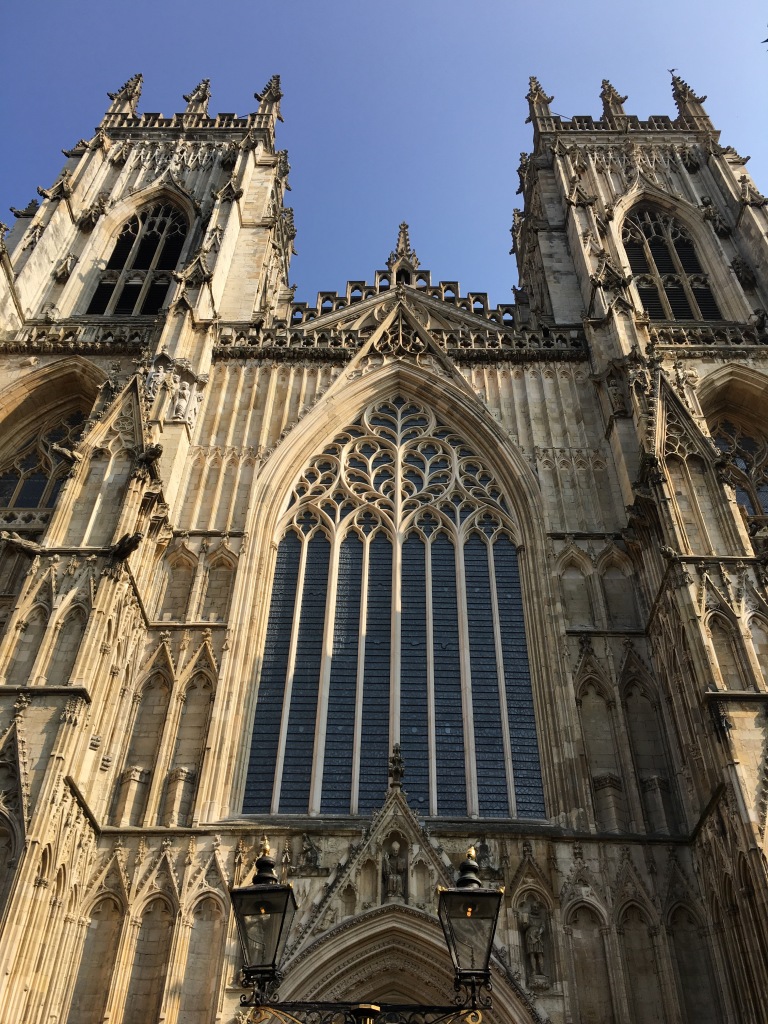 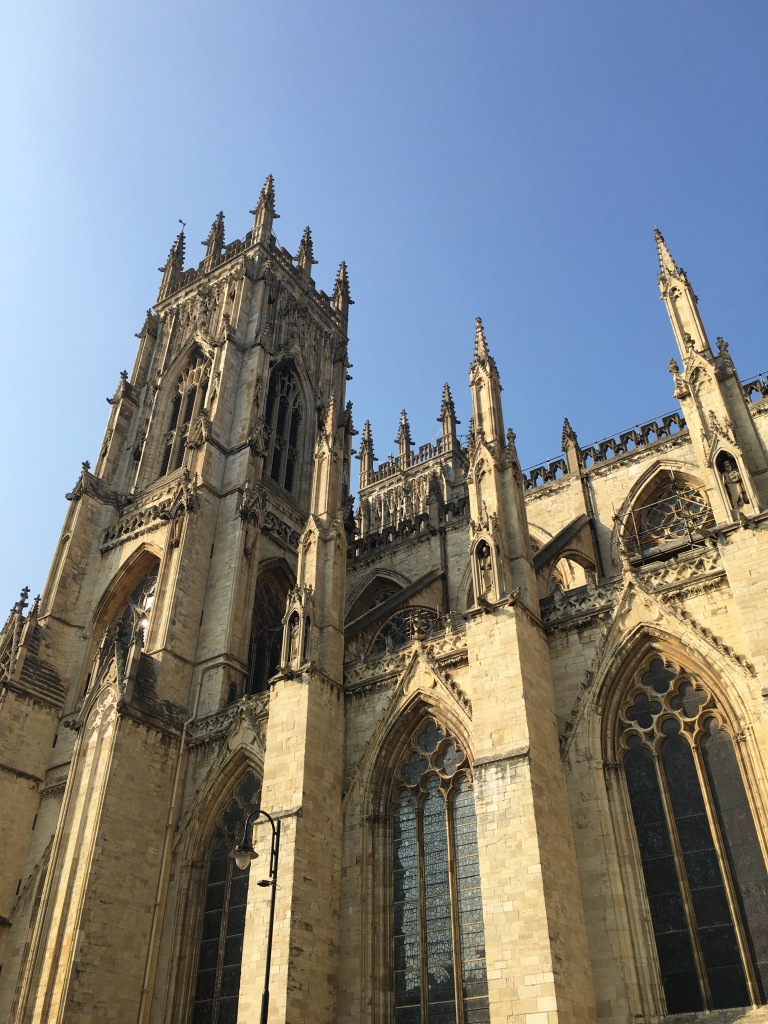 Saw this place on Postcards and had to go! We were the only ones there and sat in the garden in the shadows of the Roman Wall. Harry picked what he thought was mint only to discover it was stinging nettle! I was just about to say it as he reached!

We tried some wonderful cheeses and Harry discovered he loves blue cheese. Definitely does not get that from me! 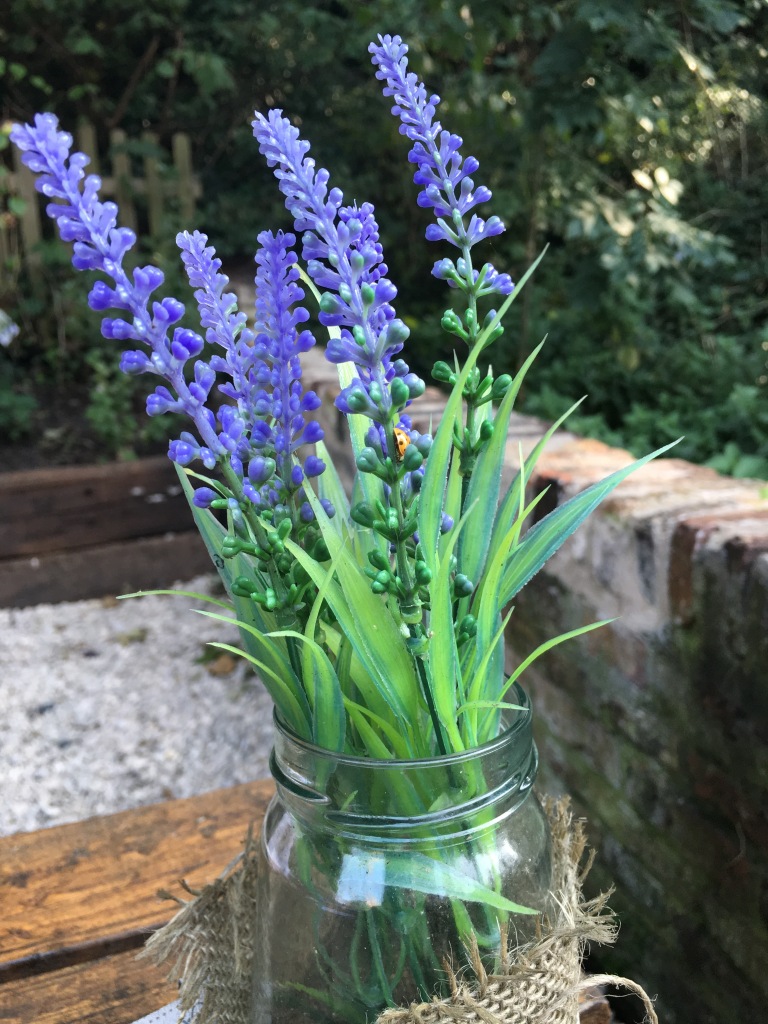 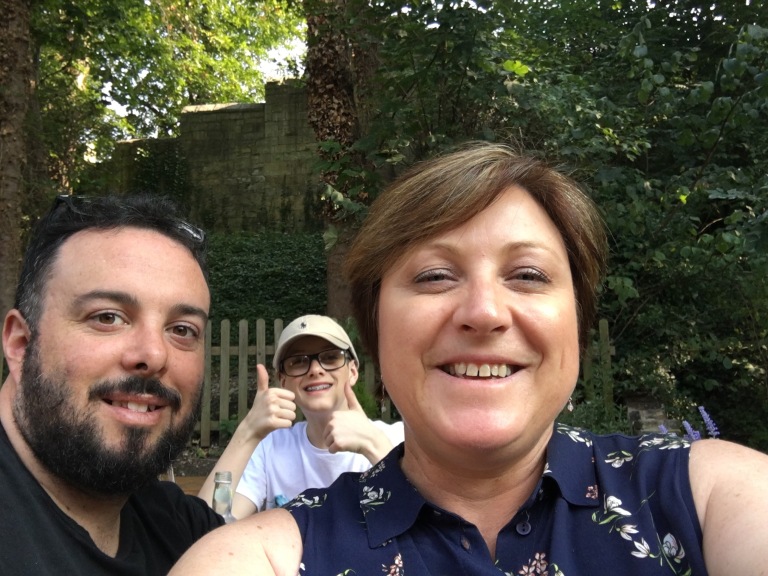 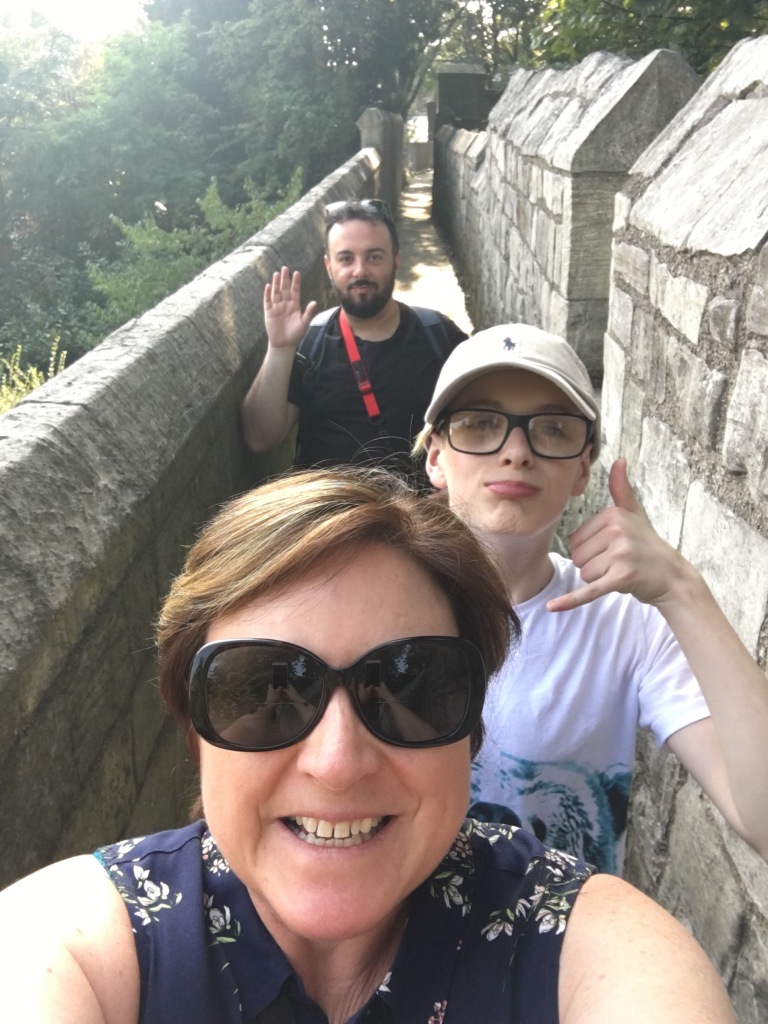 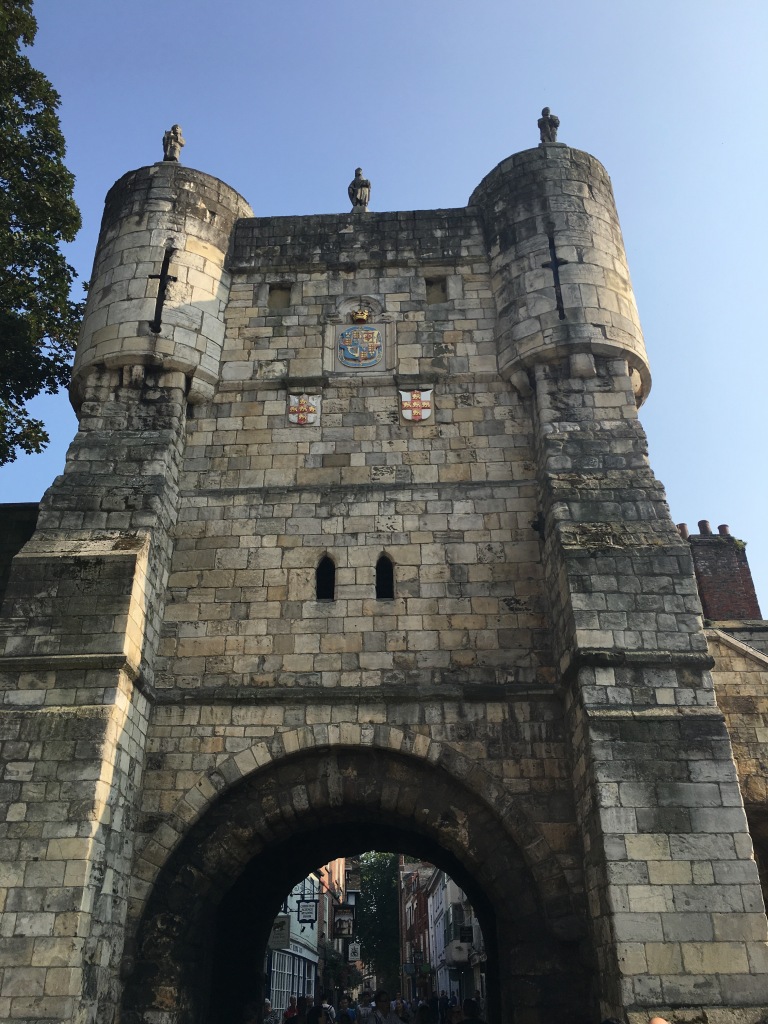 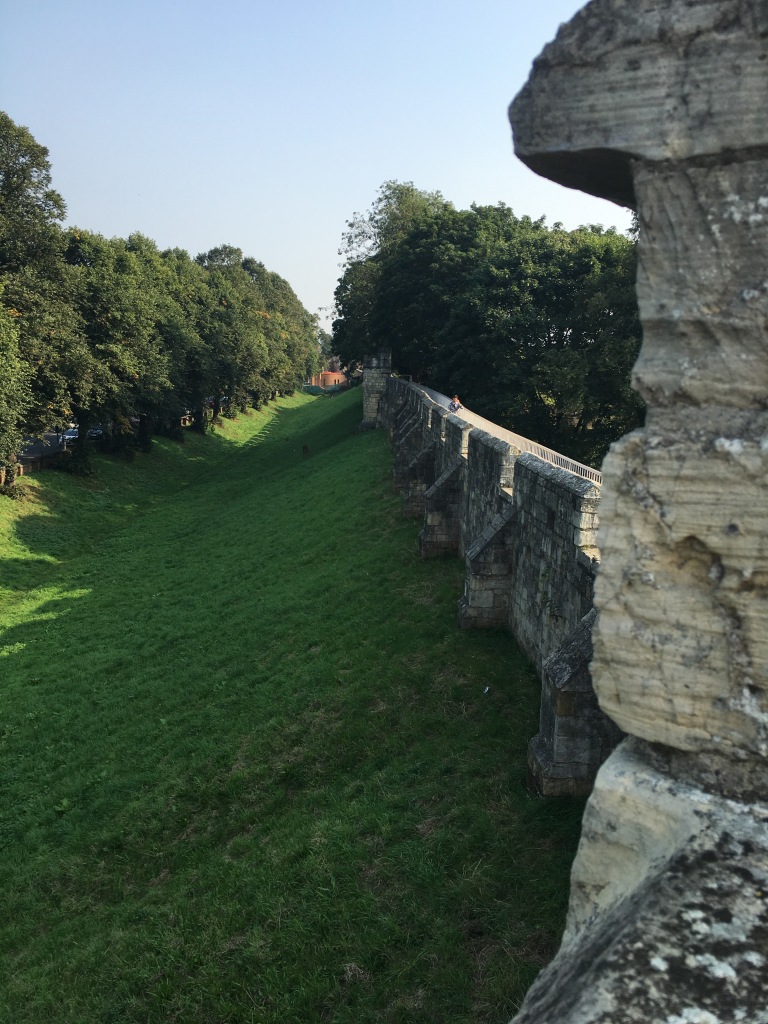 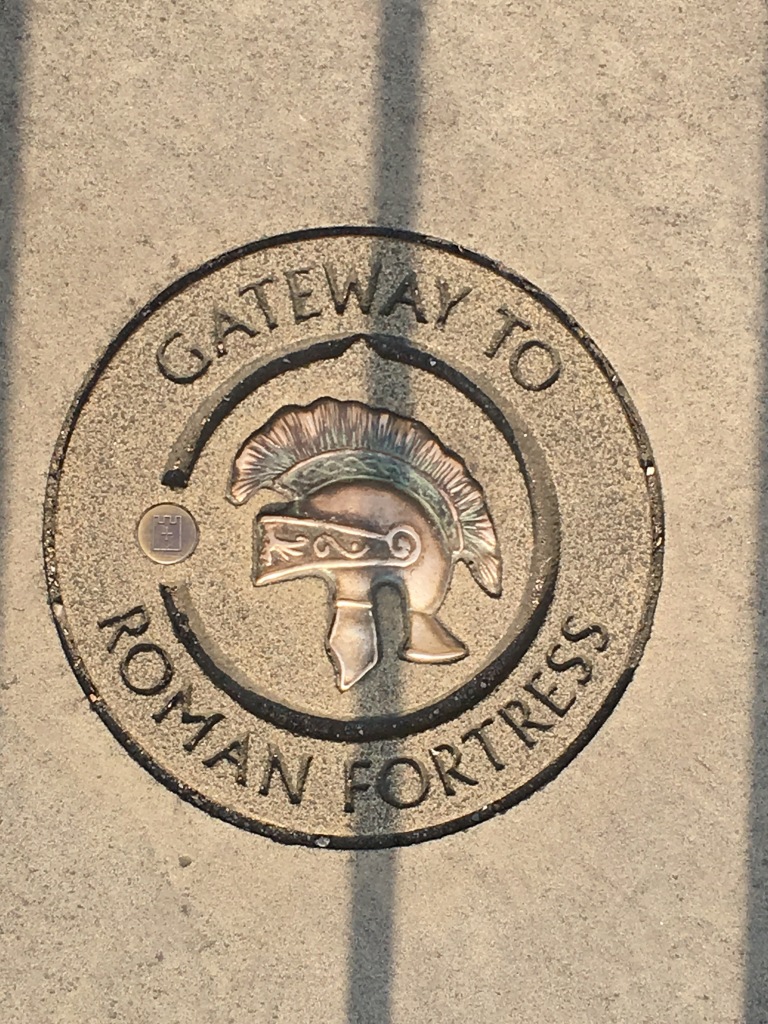 Out and about in York 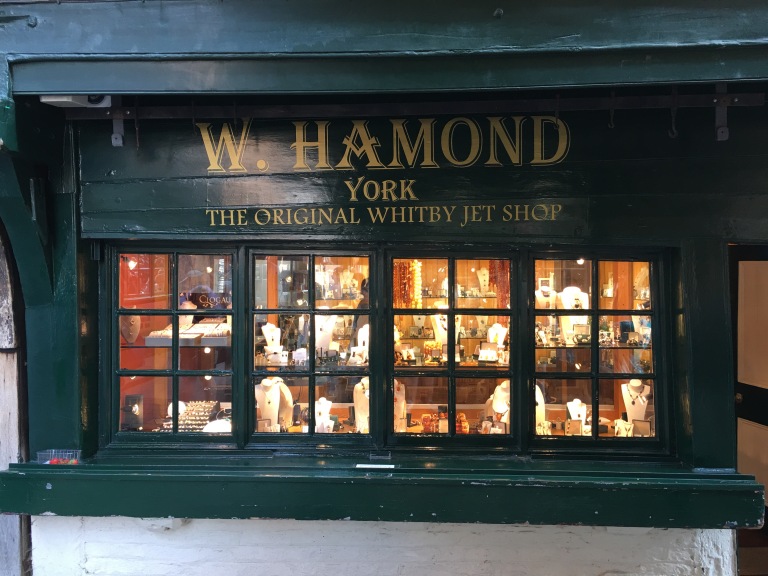 Pick up was 4pm and then dinner is at 7pm. I think everyone needs a nana nap, including Josh!

Harry and I had a swim in the hotel pool then we headed to pre dinner drinks. Dinner was at the hotel and quite good again. Harry devoured it so it must be ok.

Tomorrow we are off to Bonny Scotland!