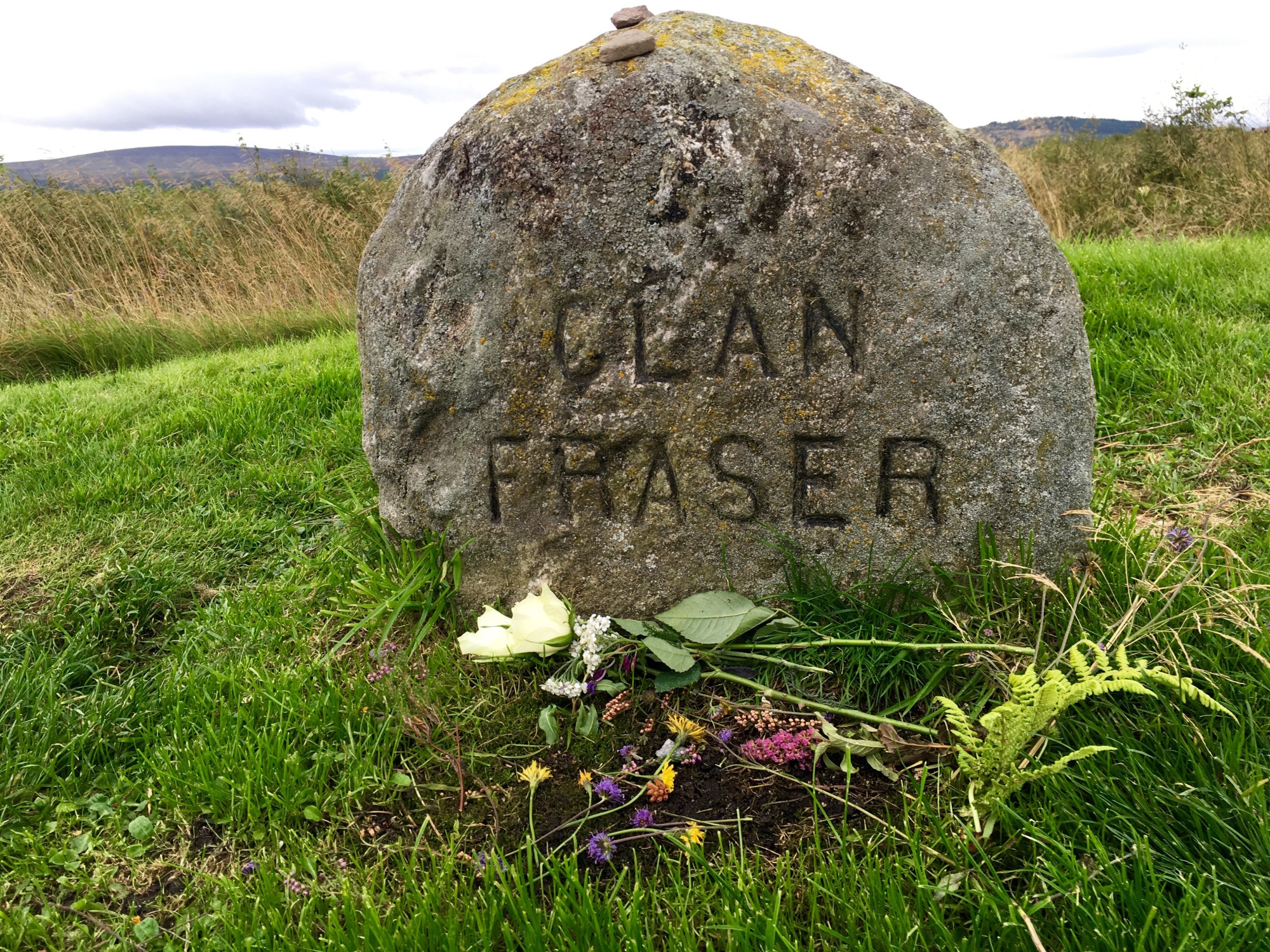 Crossed the Firth of Forth into Fife passing through the little Town of Cupar and Guard Bridge to St. Andrews the home of golf. 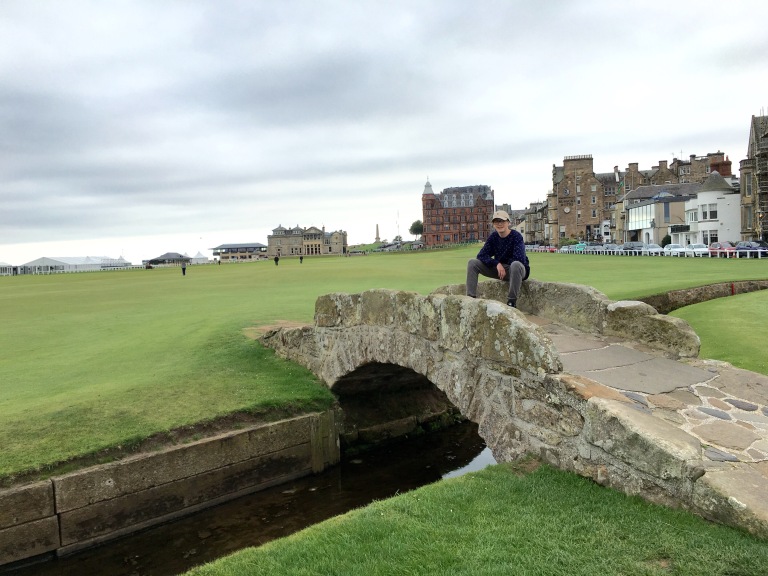 As we drove over the bridge into Dundee we saw the old bridge that collapsed with a train that carried ww1 returning soldiers; one of Britains worst train disasters.

We also saw the ship Ernest Shackleton, polar explorer sailed in. Disaster struck when his ship, Endurance, became trapped in pack ice and was slowly crushed before the shore parties could be landed. The crew escaped by camping on the sea ice until it disintegrated, then by launching the lifeboats to reach Elephant Island and ultimately the inhabited island of South Georgia, a stormy ocean voyage of 720 nautical miles and Shackleton’s most famous exploit.

Harry feasted on some local raspberries. 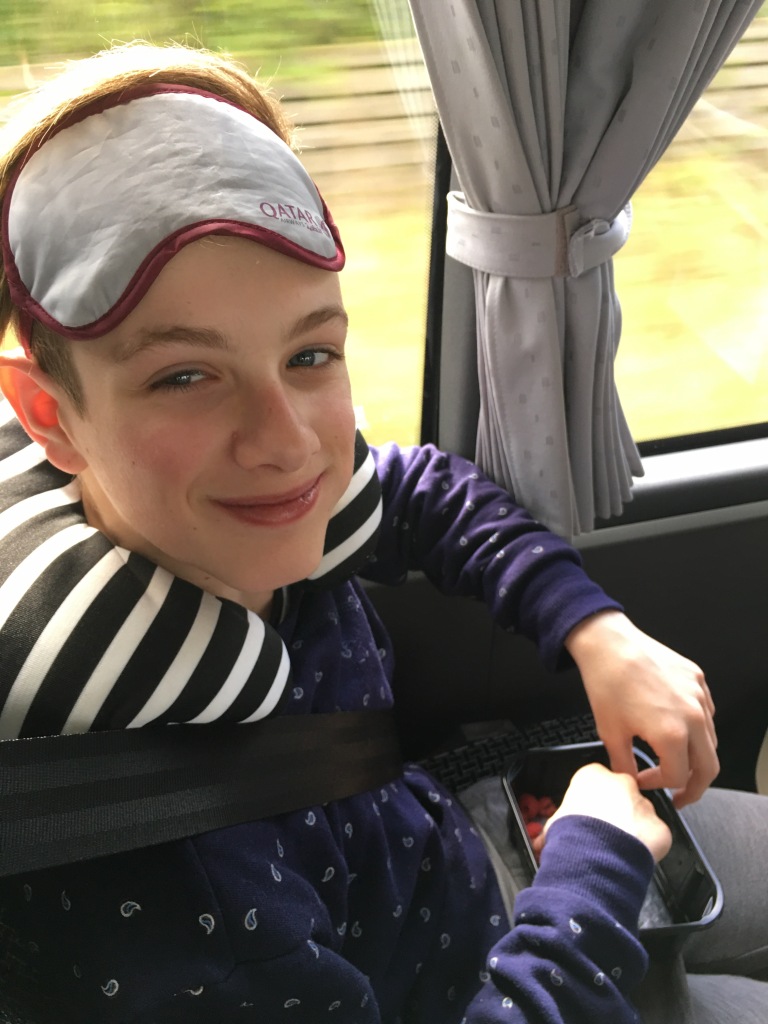 Driving along the River Tay looking for salmon but spotted none. 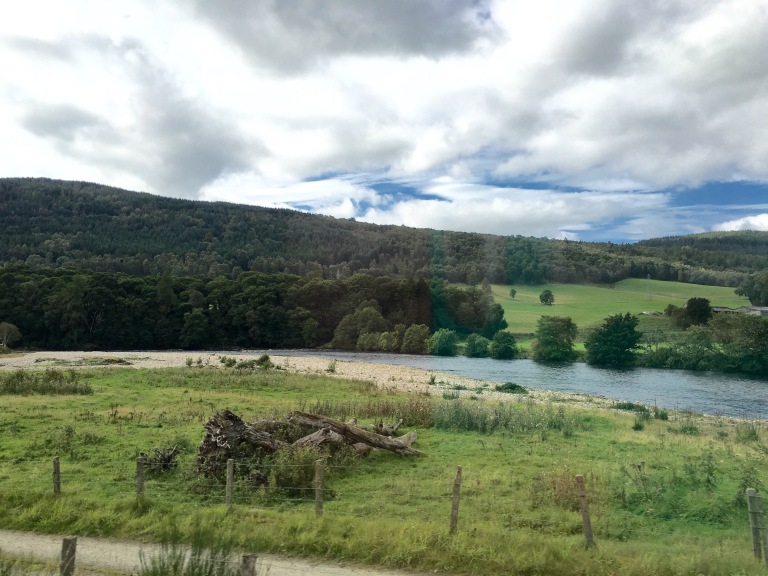 Stopped for lunch here and shopped for Heather Gems. A genius came up with the idea of pressing the heather and making jewels. Very beautiful and inexpensive souvenir. 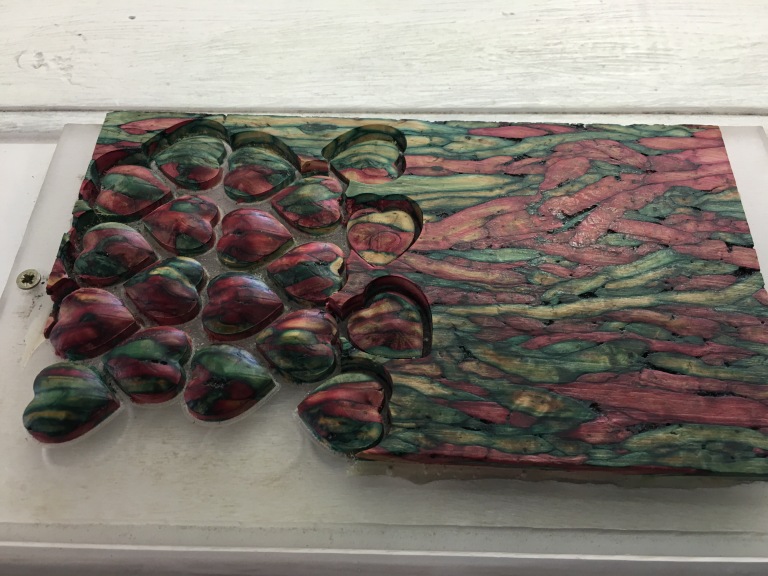 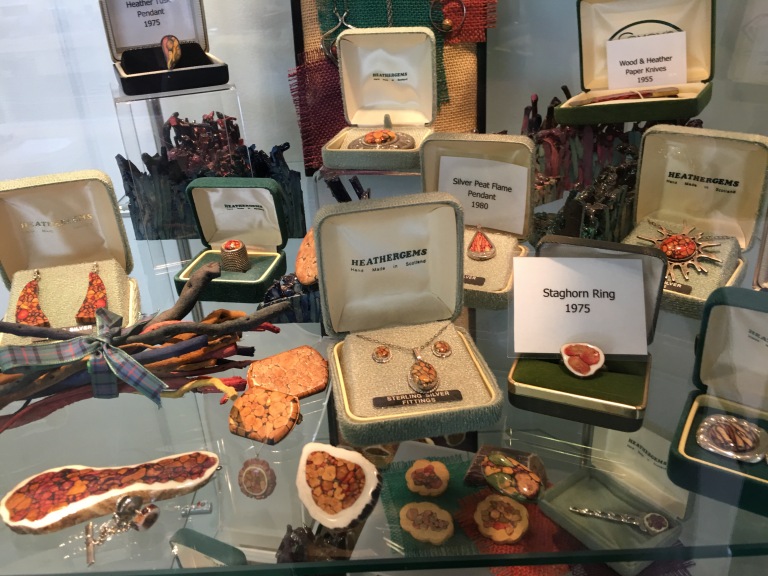 You would be forgiven if you thought this was the home of Gaston who “uses antlers in all of [his] decorating”. It is the seat of the Laird of Atholl and is a remarkable home. Portraits on all of the walls (even a cross eyed guy!), antiques, antlers, narwhal tusks, spindly furniture, antlers, China sets, polar bears and did I mention antlers? 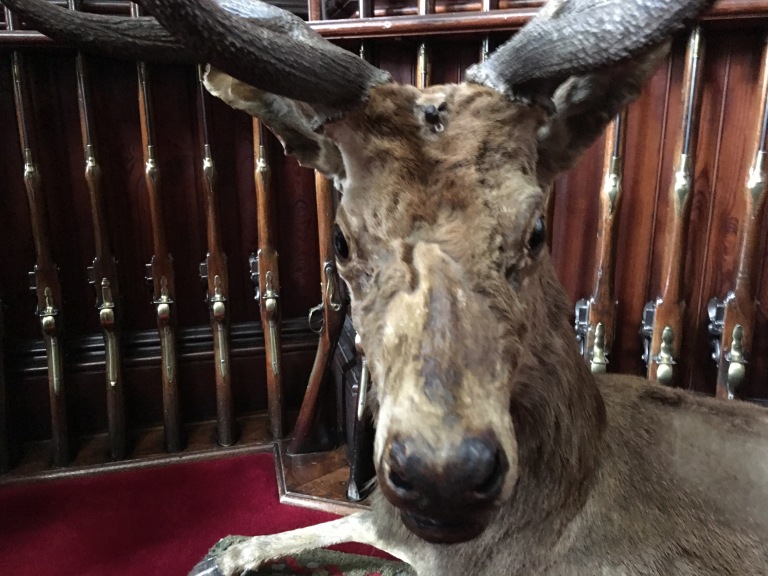 While the tour was very interesting if you were over 40 and could look with your eyes only and not your hands; Harry was soon tired of hearing about the pattern on the China so I made my way to the ballroom to enjoy some dress up fun amidst the, you guessed it Antlers. 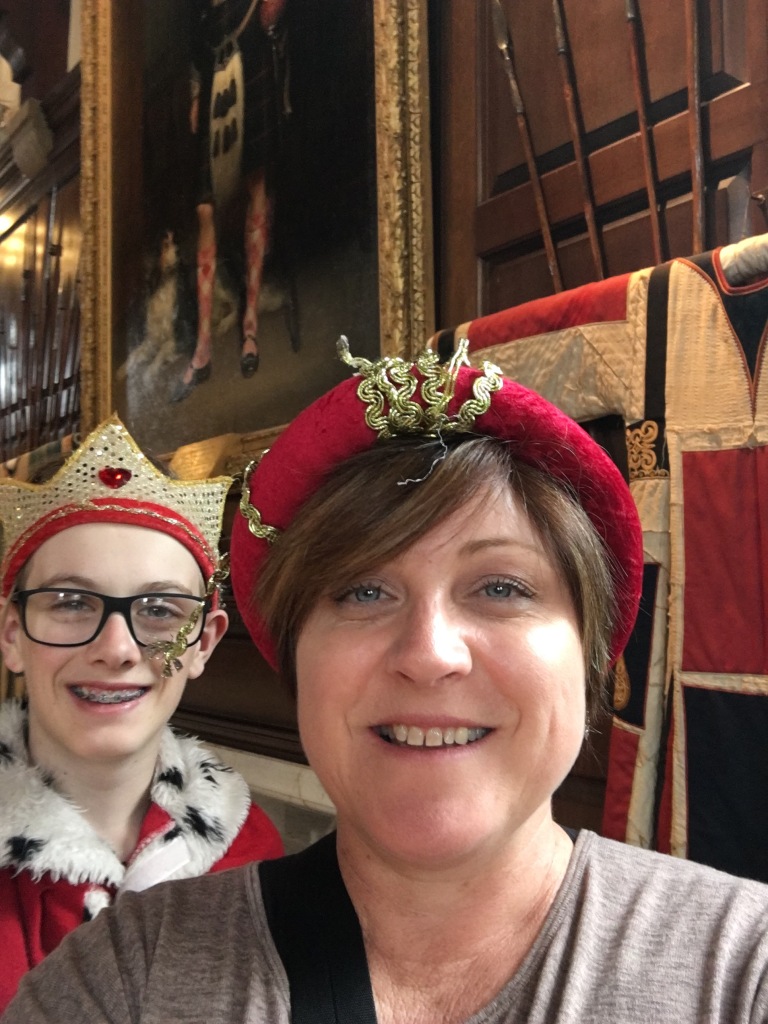 Photo opportunity with some Highland Cattle known as Hairy coos. 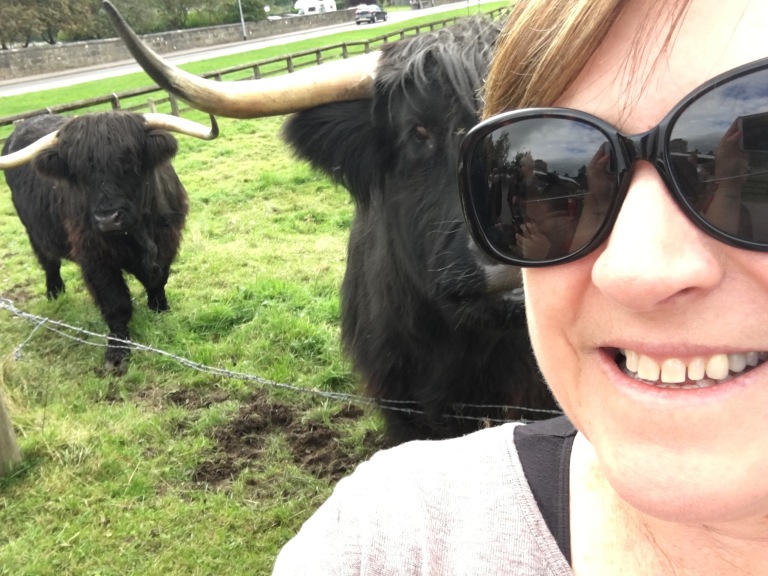 The Highlands (or Hielands) were Formed 30,000 years ago. 6000BC people came, the oldest site is a Neolithic village on the Orkney Isles that we are going to in a few days.Then the Picts and Scots came from the Antrim coast of Ireland.  The Vikings came in 795BC and it was the Romans who started recording history in 80ad when they defeated the Picts.

The Battle of Culloden was the final confrontation of the Jacobite rising of 1745 led by Bonnie Prince Charlie who marched his troops to Derby and then back to battle King Edward’s troops. He started marching in 1745 and reached Culloden on 14 April 1746 but waited until 16 April to engage. The Jacobite forces had 7000 men made up of a mish mash of men trained and untrained from the clans. They were up against well trained and disciplined and rested English troops (8000).

The Jacobite forces were decimated losing 2000 men. Just 50 English Red Coats were killed. The Bonnie Prince fled over the sea to Skye, helped by Flora McDonald who dressed him as a woman. He is buried in the Vatican.

It was the end of the clans and the Highlander way of life.

Today Culloden is a war grave and memorial.

If you want to learn more watch or read Outlander. Historical fiction at its finest. 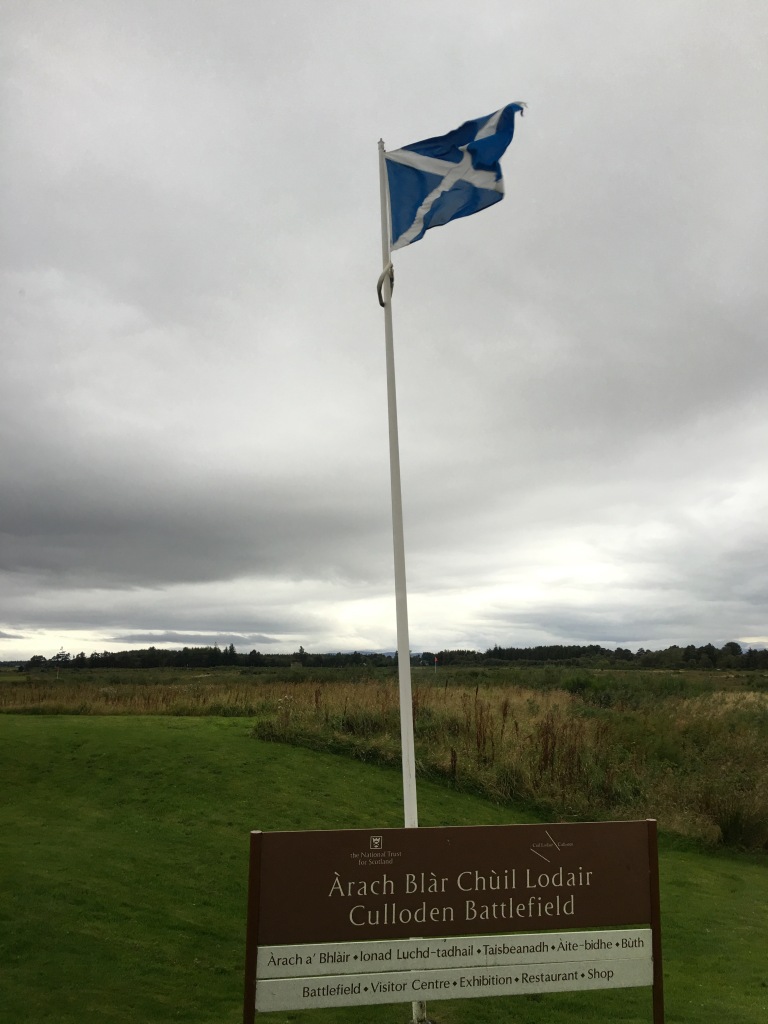 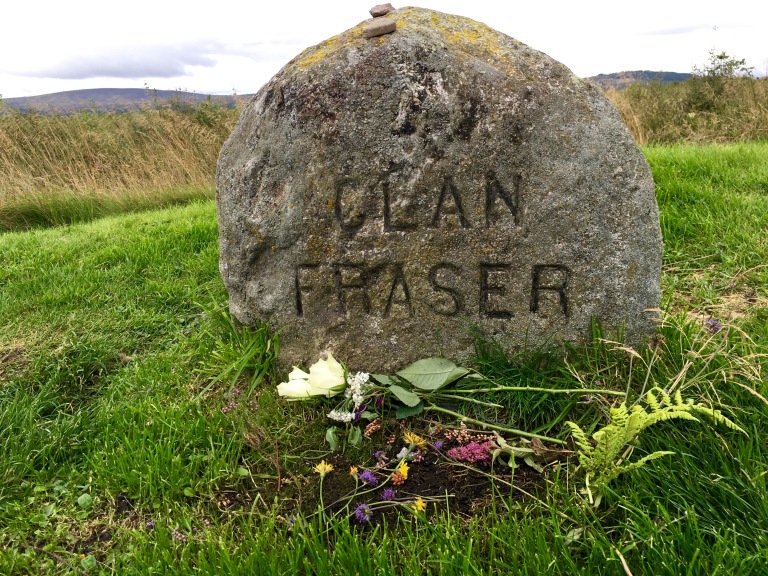 Now you probably won’t believe me but under one of the cairns there is a magnetic field. I didn’t hear buzzing but certainly witnessed a magnet with a chain on it swing and pull against the force. Was very special and surreal! Maybe the stones have power after all!

Our stop tonight is the Highland capital, Inverness. Had time for a short stroll before dinner and bed. Harry and I had a disagreement over his silly behavior and not listening etc. resulting in a family talk in the hotel lobby. I’m not sure we got through to him. Will see how we go tomorrow. 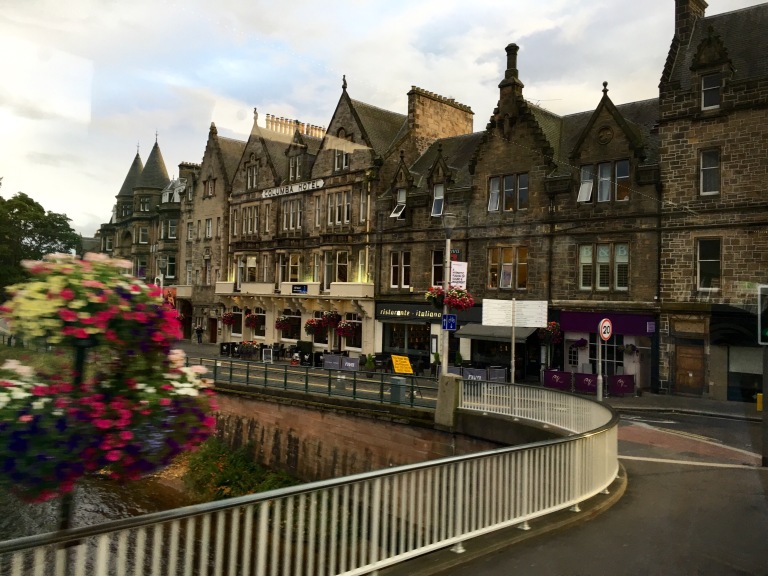 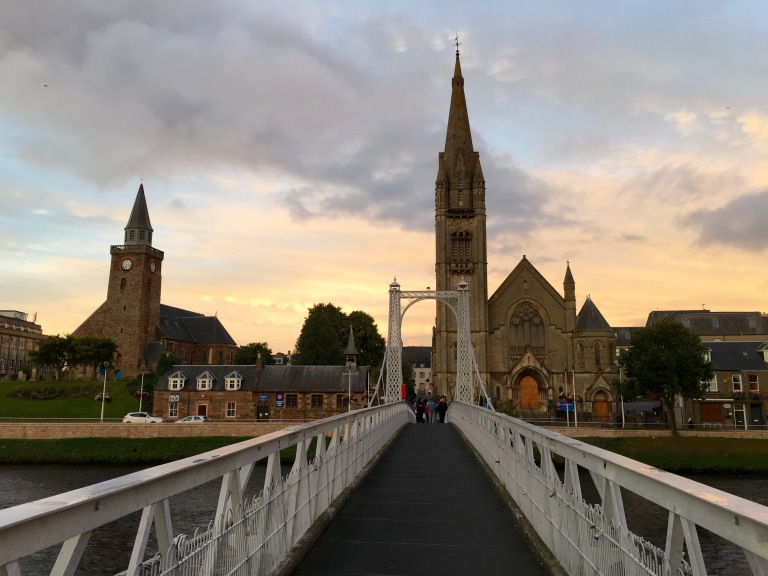 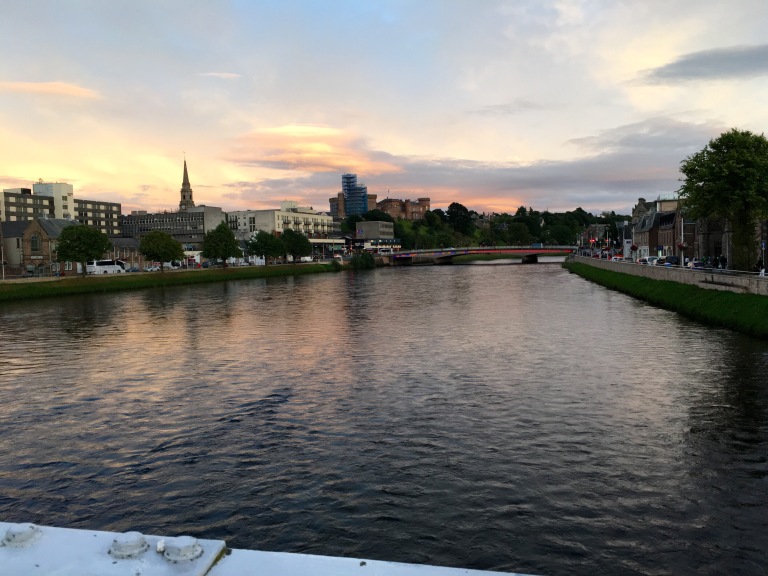 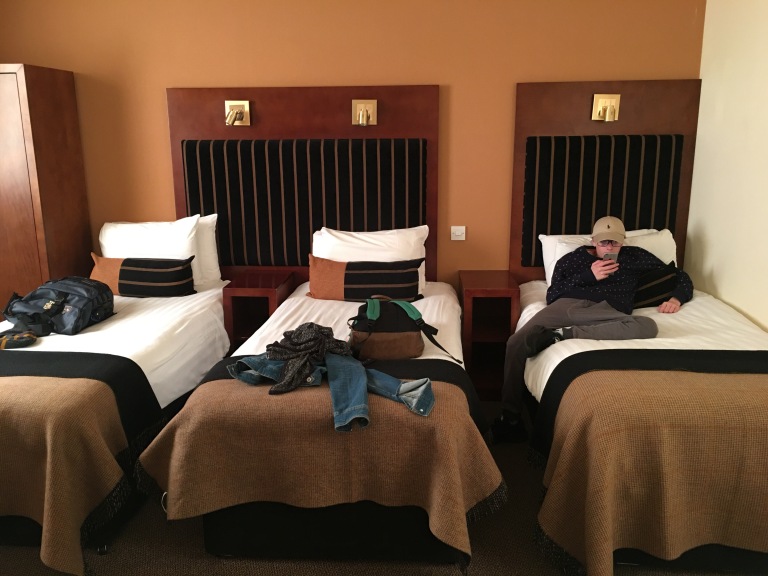