Today I am in danger of oversharing as it was a day of anger, frustration, sadness, embarrassment and relief. I can put it down to many things, which is why I caution about oversharing.

Simple enough – a plan to eat breakfast and wander to the right of St Francis’ Church. We had a great breakfast and coffee and began our walk, stoping to take photos of interesting places, street art, cats and galleries. 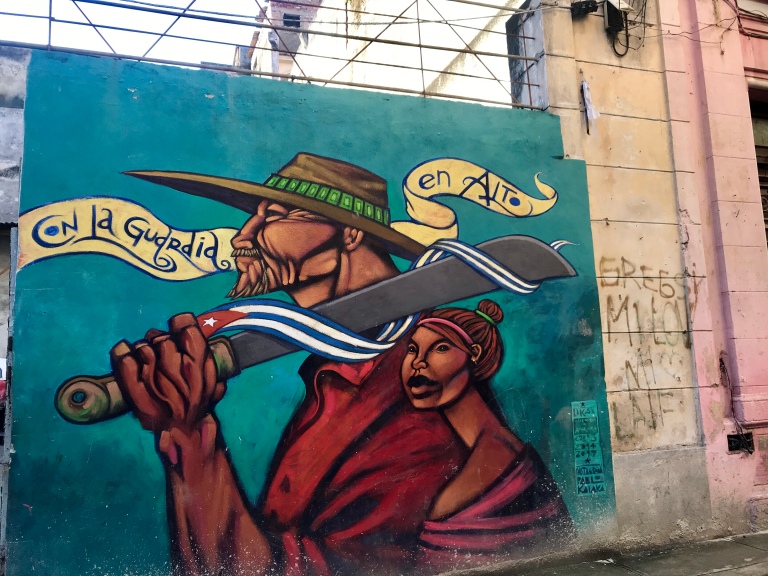 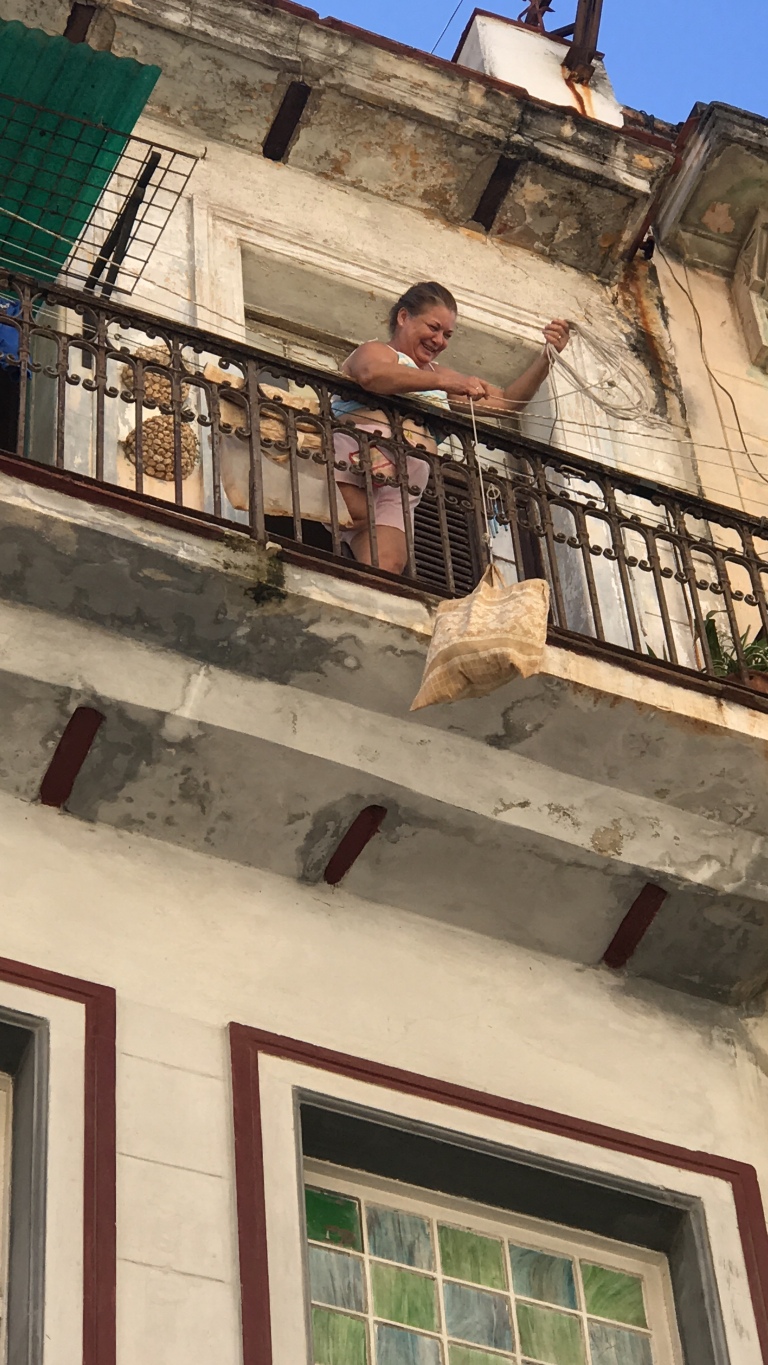 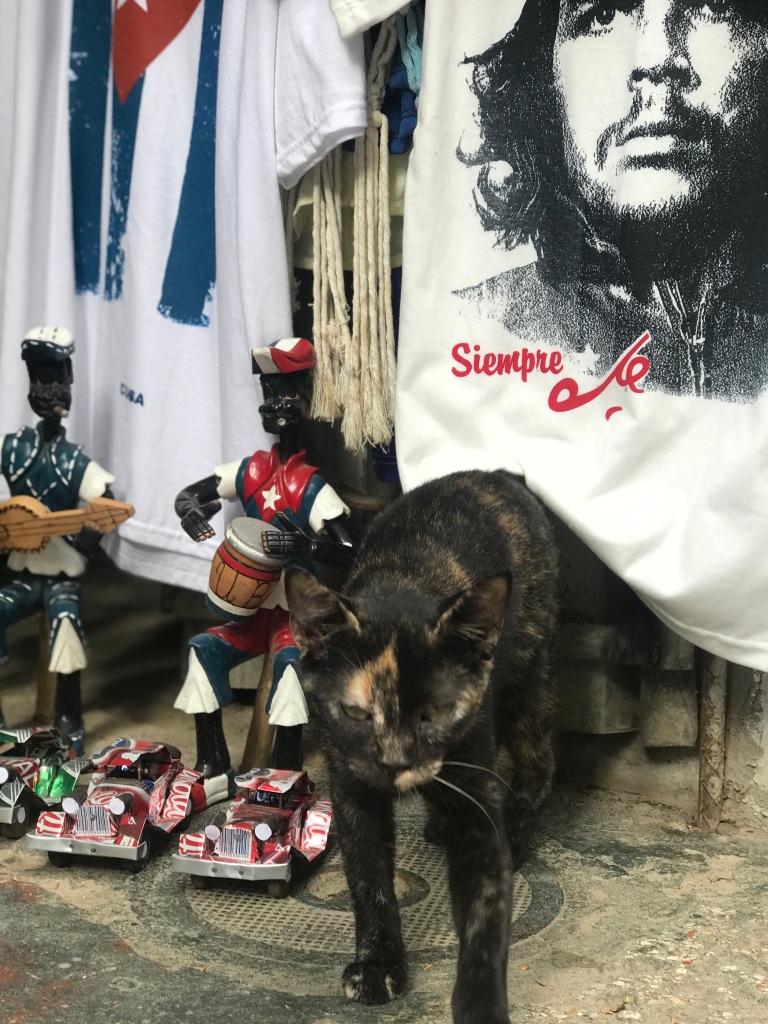 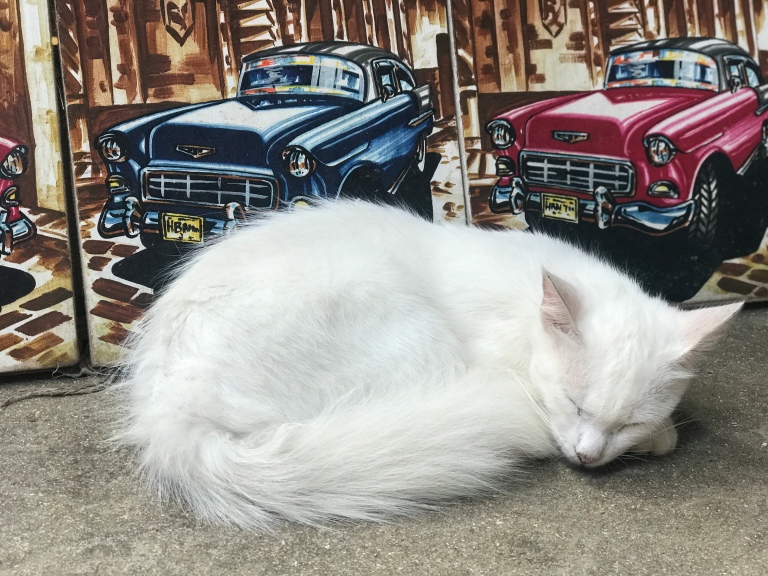 We found ourselves amidst the passengers from a cruise liner and as such were being constantly asked to take a city tour in a classic car. This is something that we had not yet done and I was pretty keen. Josh, however was constantly on the defense for scams (once bitten, twice shy) and distrusted everyone. 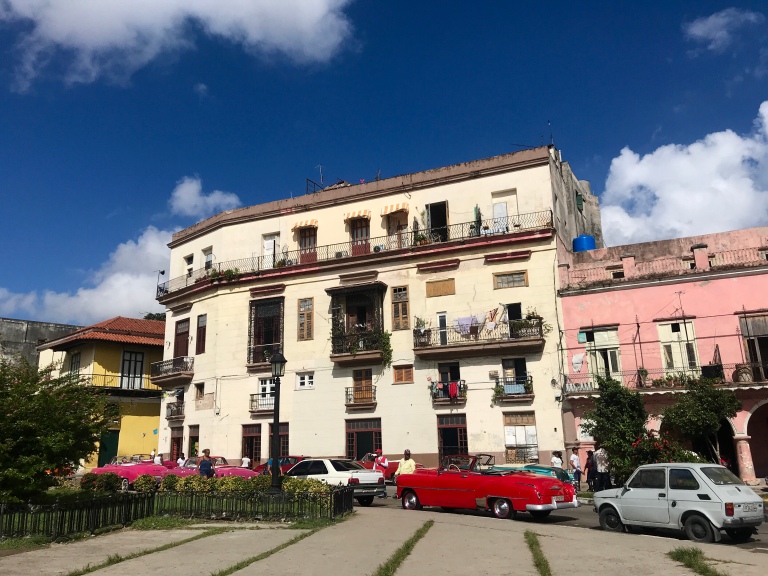 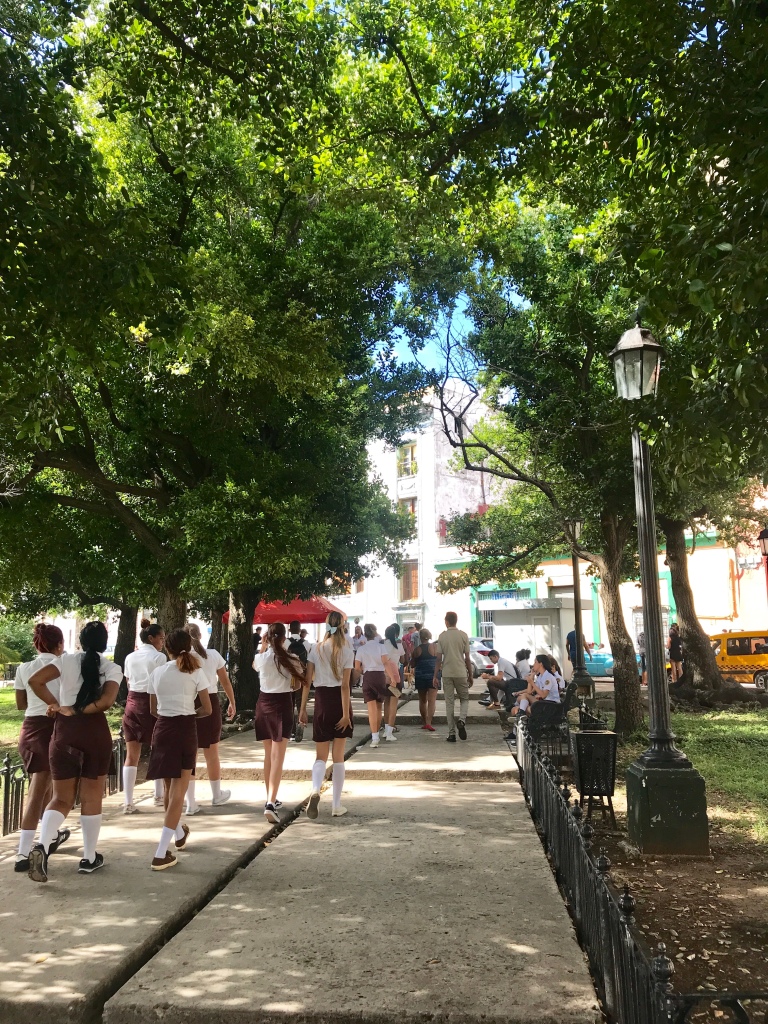 The price seemed to be 30cuc for an hour which I thought sounded the going rate but as we could not look it up we ended up having another ‘heated discussion’ in a park before heading back to the rooming house.

I was so angry because I believed josh wanted to do this all along – not leave the air conditioned room. He said he was joking but I was unconvinced. Once again I ended up on the roof reading but after and hour and a half I was uncomfortable on the metal seat and sought out the air con. Instead of being repentant while I was gone, Josh had watched a tv series on the iPad while in bed. I was even more furious!

To set the scene, the room is tiny – a small couch, hard chair and stairs up to a loft bed. 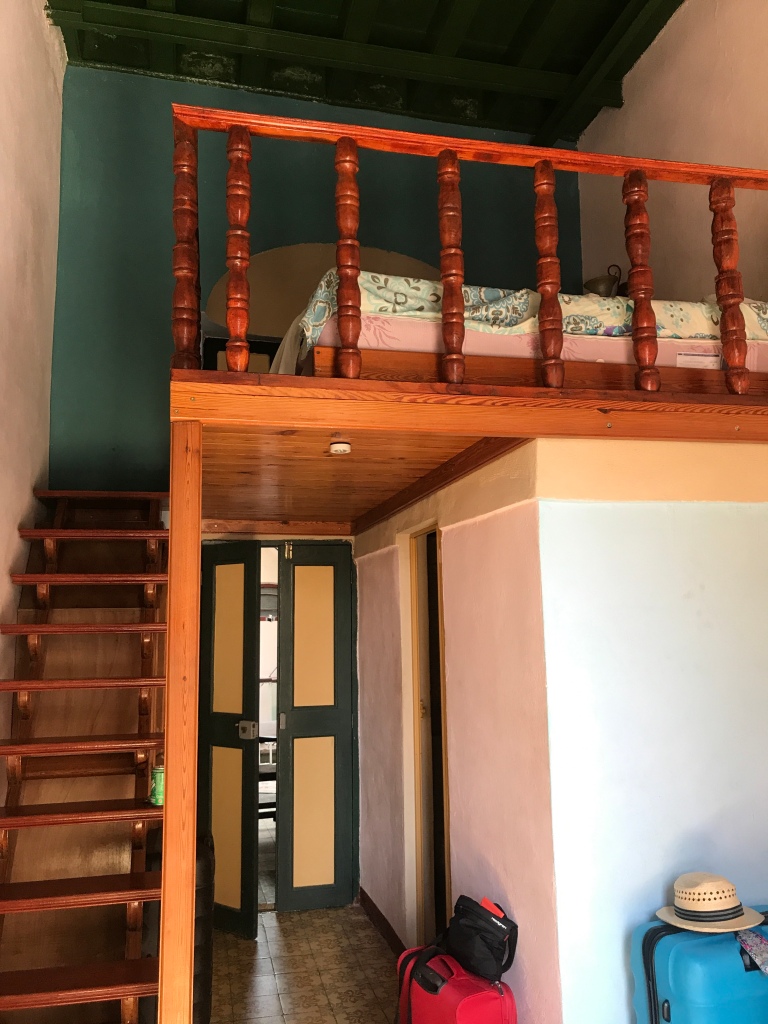 Josh took the couch and I took the bed and two hours later we had not moved or spoken. The more time past the angrier I got and in the end I unleashed my wrath. I have used the euphemism ‘heated discussion’ already so I’m not really sure what to call this. I was furious – at the waste of the day, at his inability to get over his dislike of the city and just start again, at how he would rudely say say ‘no!’ to anyone who even looked at him, at my embarrassment that our hosts must have thought us so pathetic holed up in our room, at the pokey little room itself where we could not get away from each other and at the fact that I had my period in the most unhygienic and awkward place to ever have it (and it was nearly a month late so it need not have been in this place! Not to mention that for the first time in years it was painful and heavy and the mooncup let me down twice overnight). There – oversharing but necessary for context.

What can I attribute these overwhelmingly feelings to? Apart from weepy period stuff (I saw a man looking for food in the rubble of a building across the road and I burst into tears), I felt the loss of disconnection with family and friends.

Rationally I knew that Harry was ok but I was irrationally panicking that no one had anyway to contact us here as we had not left accommodation details. I knew Kirrily was a smart woman and could log into my laptop and open Airbnb and see the booking but what if she didn’t think of that? Why had I been so irresponsible?

More hours passed, more reading, crying off and on, dozing until it was morning in Australia and we headed to the park to try and log on to WiFi. We still had not breached the divide that was between us but at least we were being civil.

The last WiFi card worked! The relief was palatable and the change in my mood was instant. I spoke to Mum and Harry in Messenger and showed them the park I was in and put them at ease too.

Local kids were having a birthday party and there was an air of celebration and joy that was contagious. 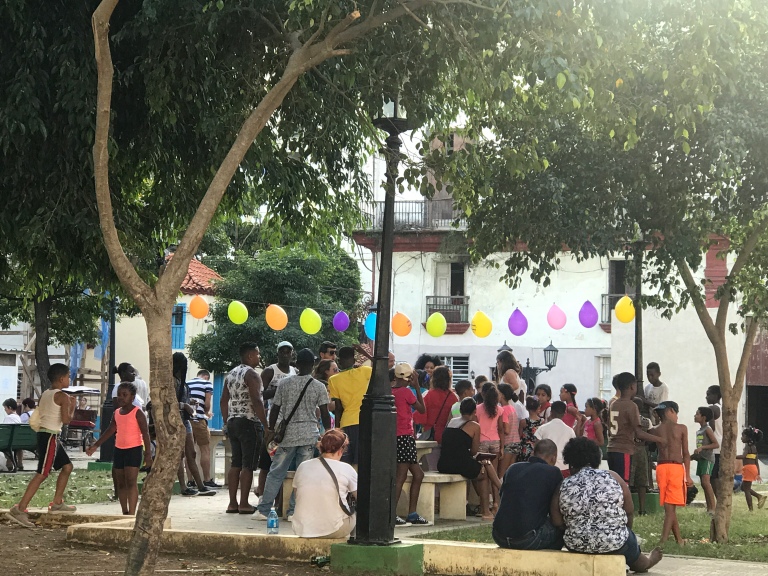 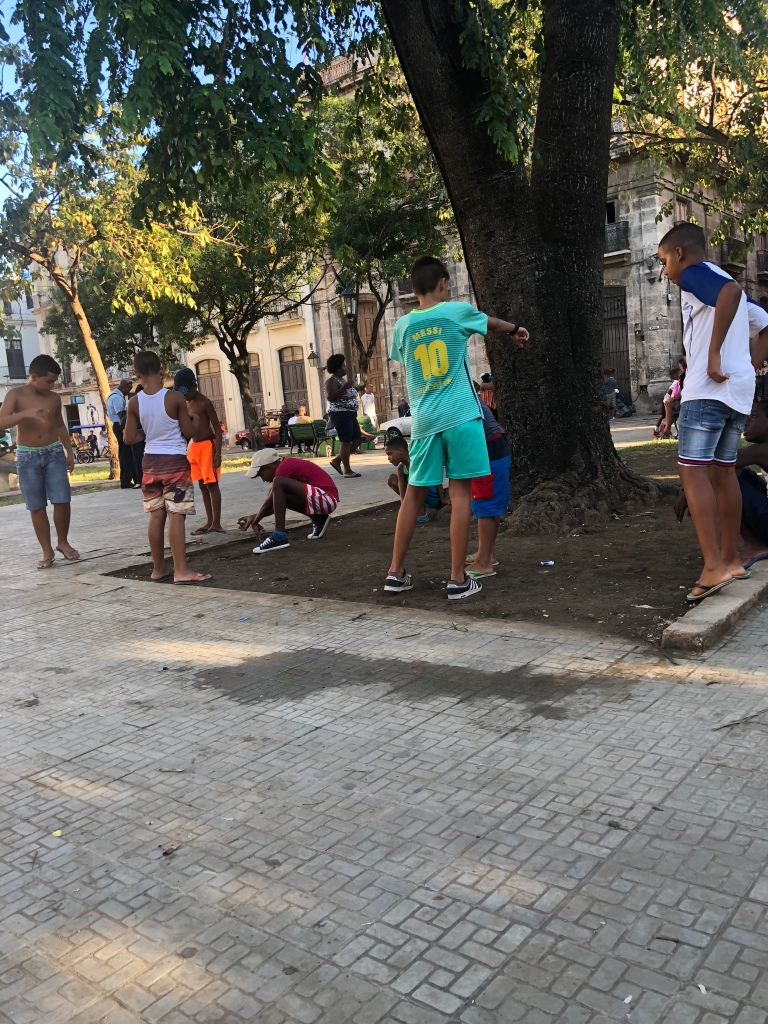 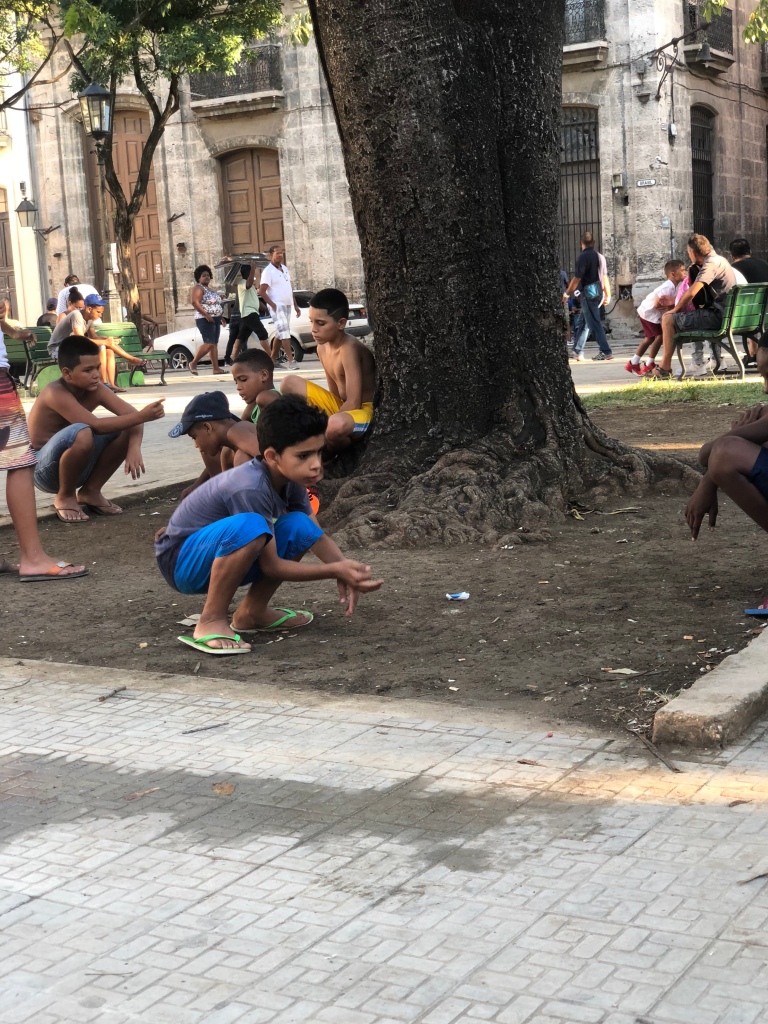 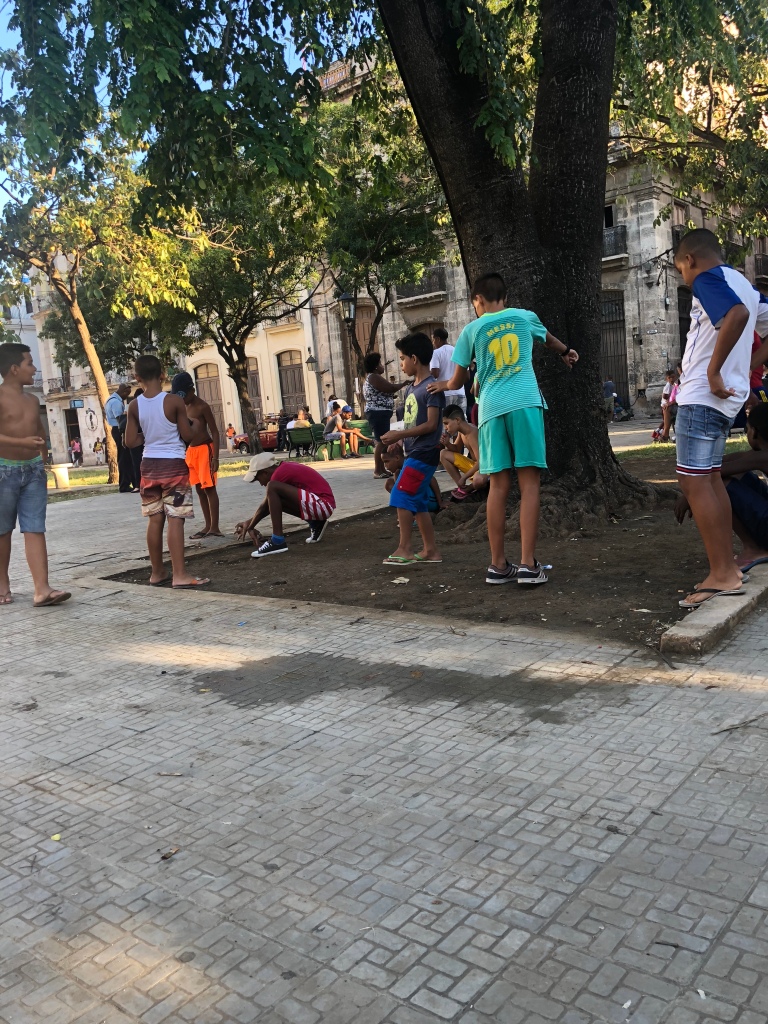 Harry had been worried about me and made others worry but now everything was ok. In fact it was so normal that the first thing he asked for was money for the weekend.

Even Josh’s mood changed so I really feel that the disconnect had affected us both. He still didn’t like Havana but he was better able to cope with more of it as we headed out to eat dinner. Smiling and talking normally.

Our final meal was a mix of Cuban, Italian and seafood, yummy pina coladas and more lobster. And the strangest ravioli ever. Is it weird that the highlight was the waiter putting an ice cube on my mosquito bite? 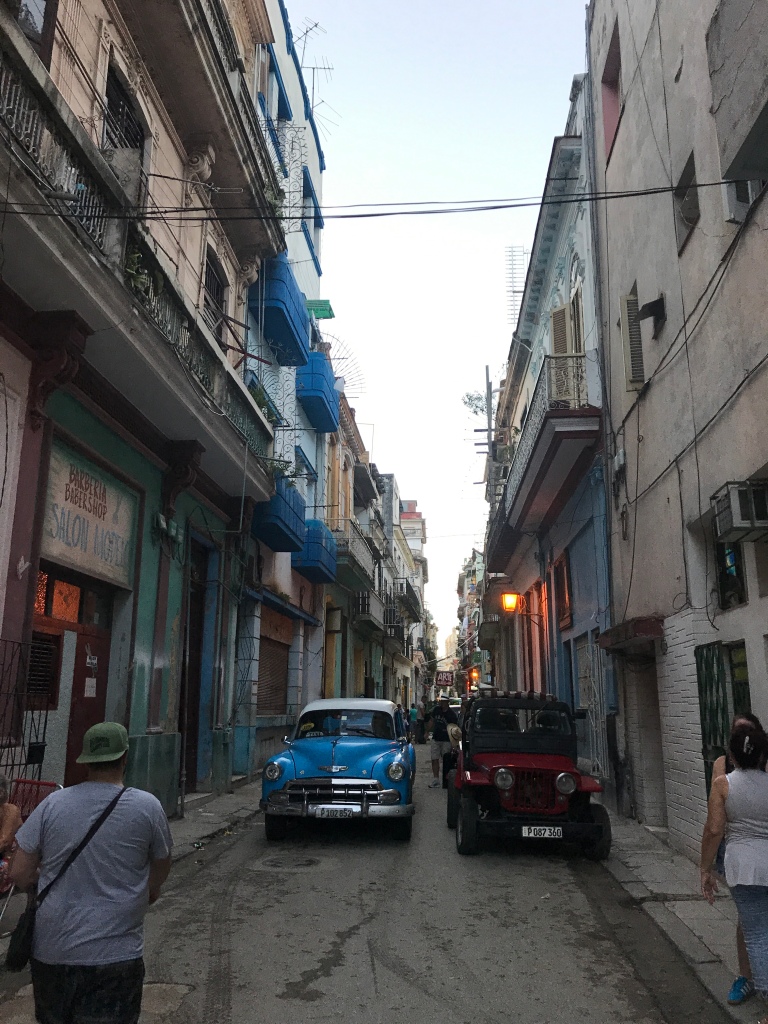 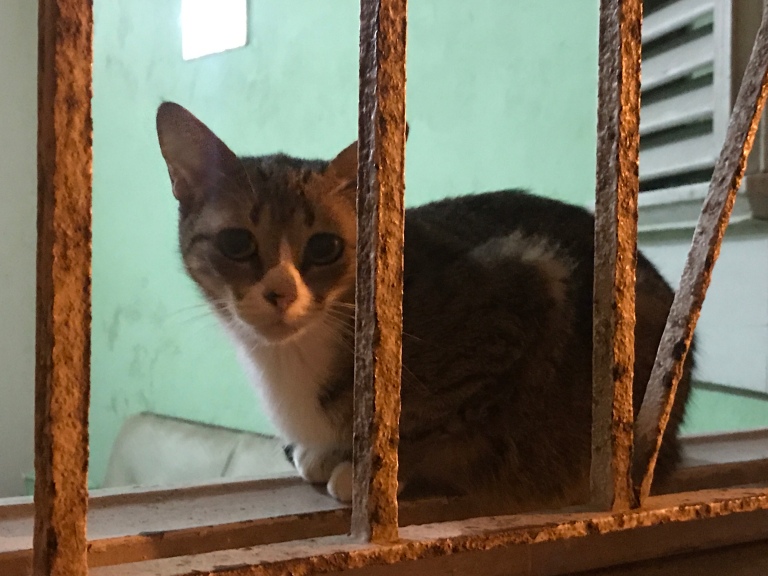 Our walk back was full of fun encounters with dogs, cats, people singing hymns at church and firm ‘no gracias, I have already eaten’ (while patting my tummy) rebuffs to food hustlers as we have lovingly nicknamed them. 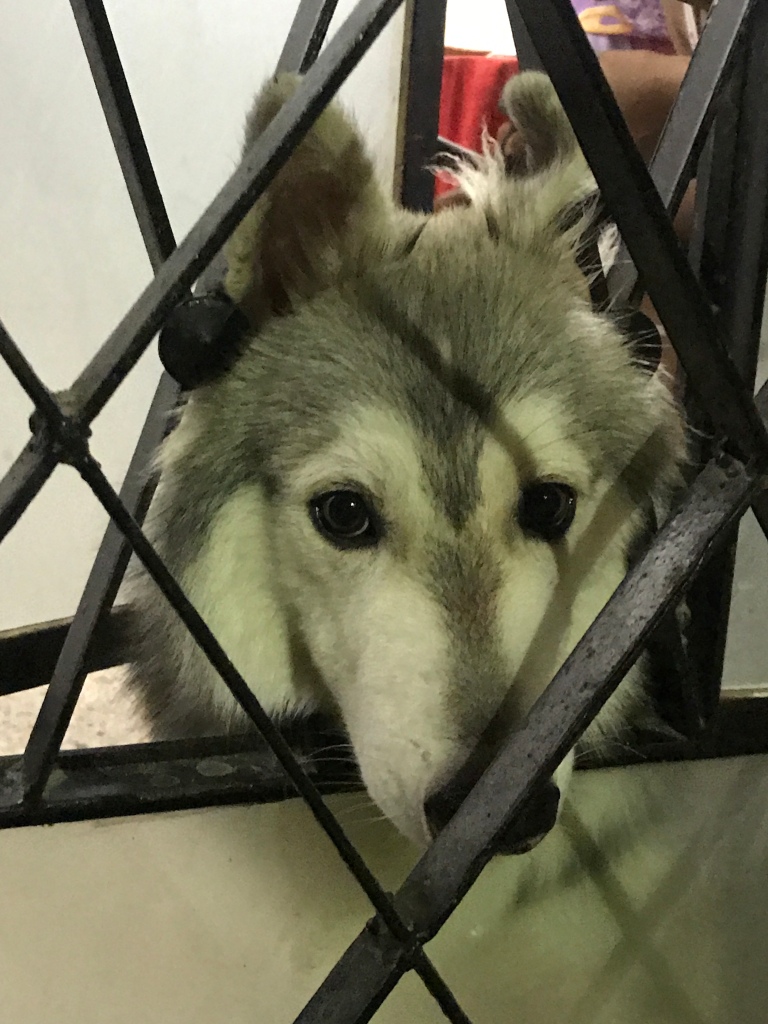 Farewell Cuba. It’s not likely that we will be back. Thank you for showing me my very privileged life and allowing me to be grateful.