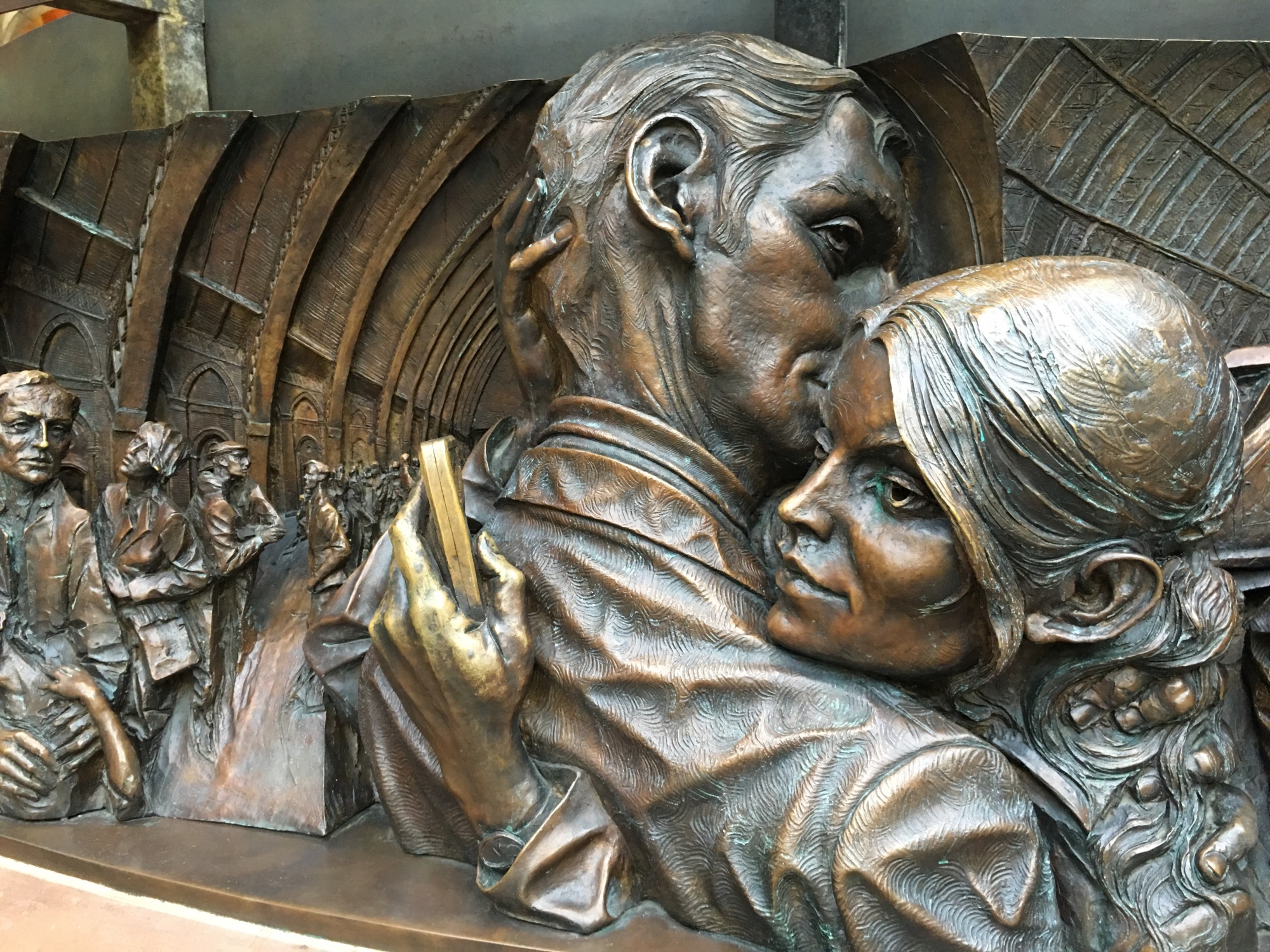 The day began really positively. We we’re Looking forward to going home and we were not in any rush because we packed last night and had our route on the metro to the Eurostar terminal all planned so that we would not have to use stairs with our luggage (Paris metro is NOT traveller or disabled friendly AT ALL!) 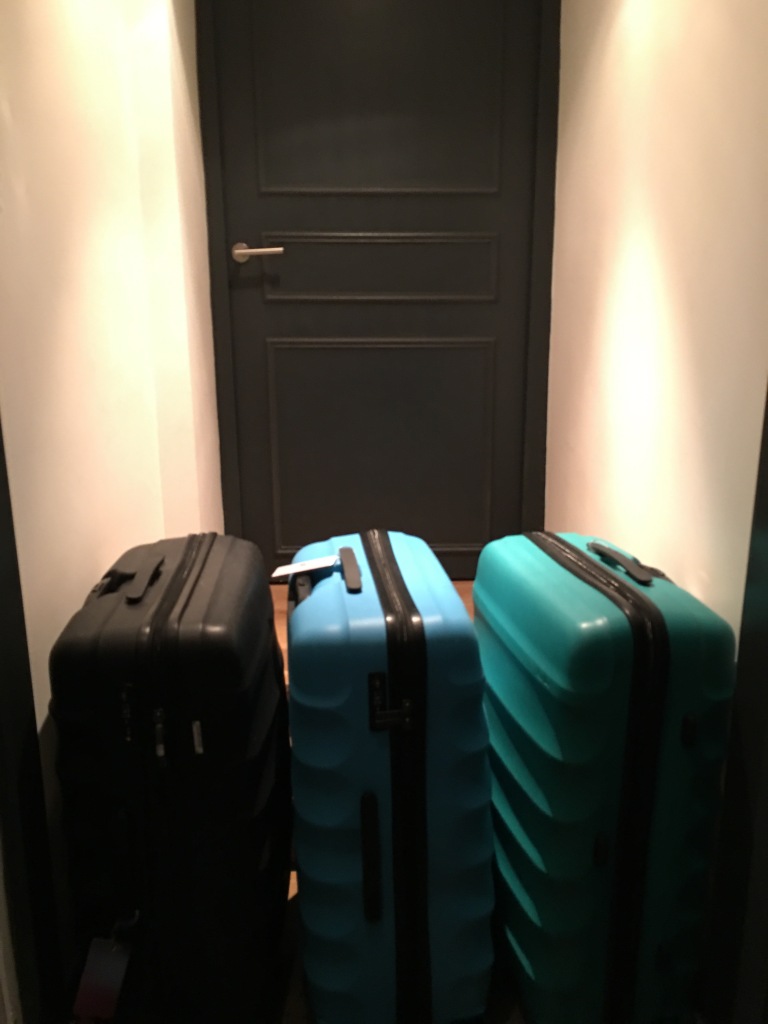 Well you know what they say about the ‘best laid plans’. Firstly, the escalators were not working at our Metro station. That was ok because Josh is superhuman and carried all the suitcases up one by one on three different stair cases.

Everything went well at Gare du Nord station. We had window seats on the Eurostar and settled in for the journey through the French countryside, under the English Channel and then the English countryside. We passed through the battlefields of World War One and I imagined the devastation the war caused the area as well as the incomprehensible loss of life. 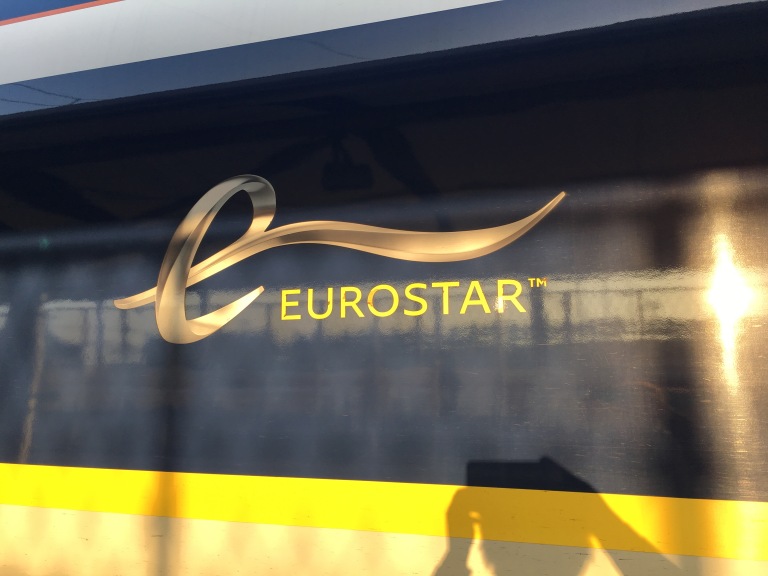 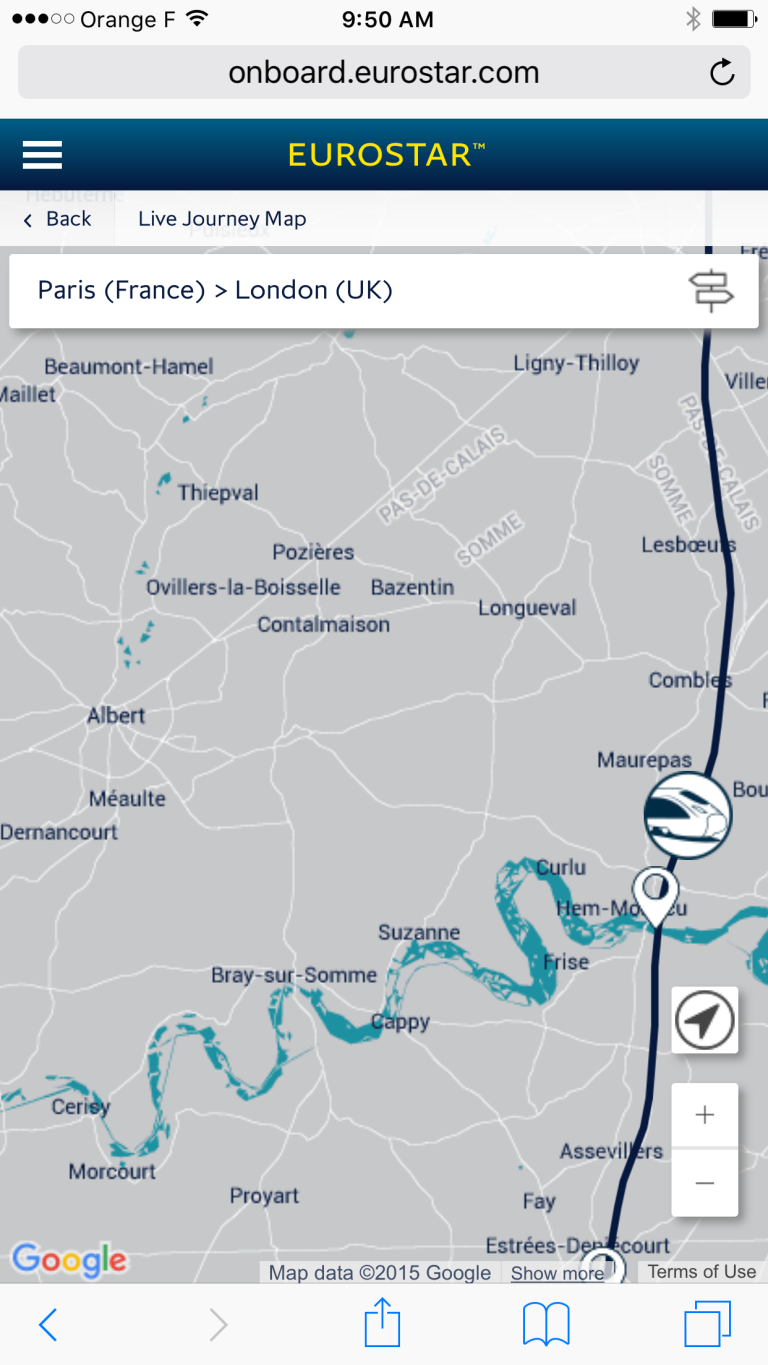 Harry slept and the wifi entertained Josh and I (though it was intermittent but amazing that we had any at all!)

Suddenly Josh asks ‘what time does your app say our flight is?)

Somehow I had based my booking for ten Eurostar on a flight time of 4pm from Heathrow. That allowed plenty of time to get to the airport. Plus we would gain an an extra hour because London is an hour behind Paris.

BUT the flight was actually 11:40AM and we were arriving in London at 10:40AM. No matter how we cut it we were going to miss it even with the hour gained.

CRAP! We’re on a train under the English Channel and no phone data and no way to contact airline until out of tunnel and can use my phone for calls.

We cannot understand how it happened because it was staring us right in the face for the whole holiday on TWO travel apps I have that have been amazing to use! But our iPhone calender says 4pm for some inexplicable reason. 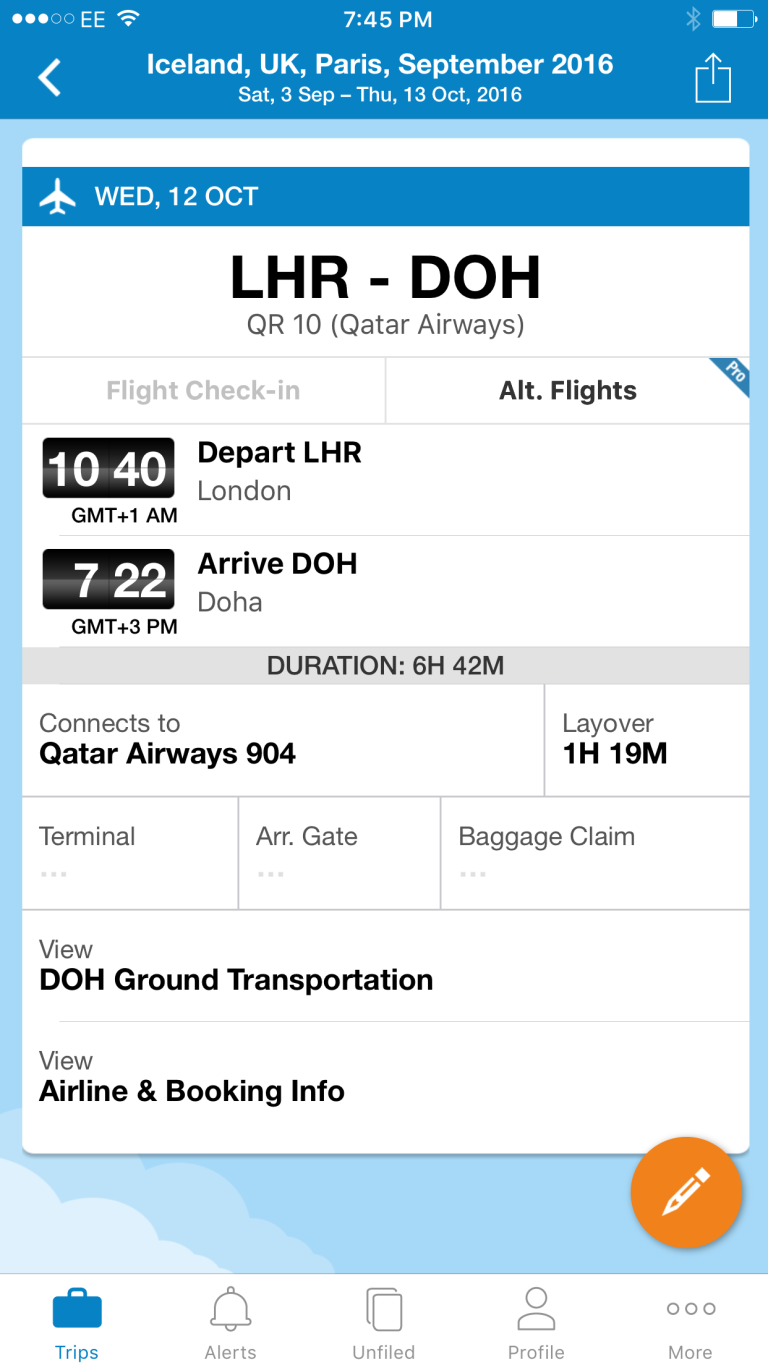 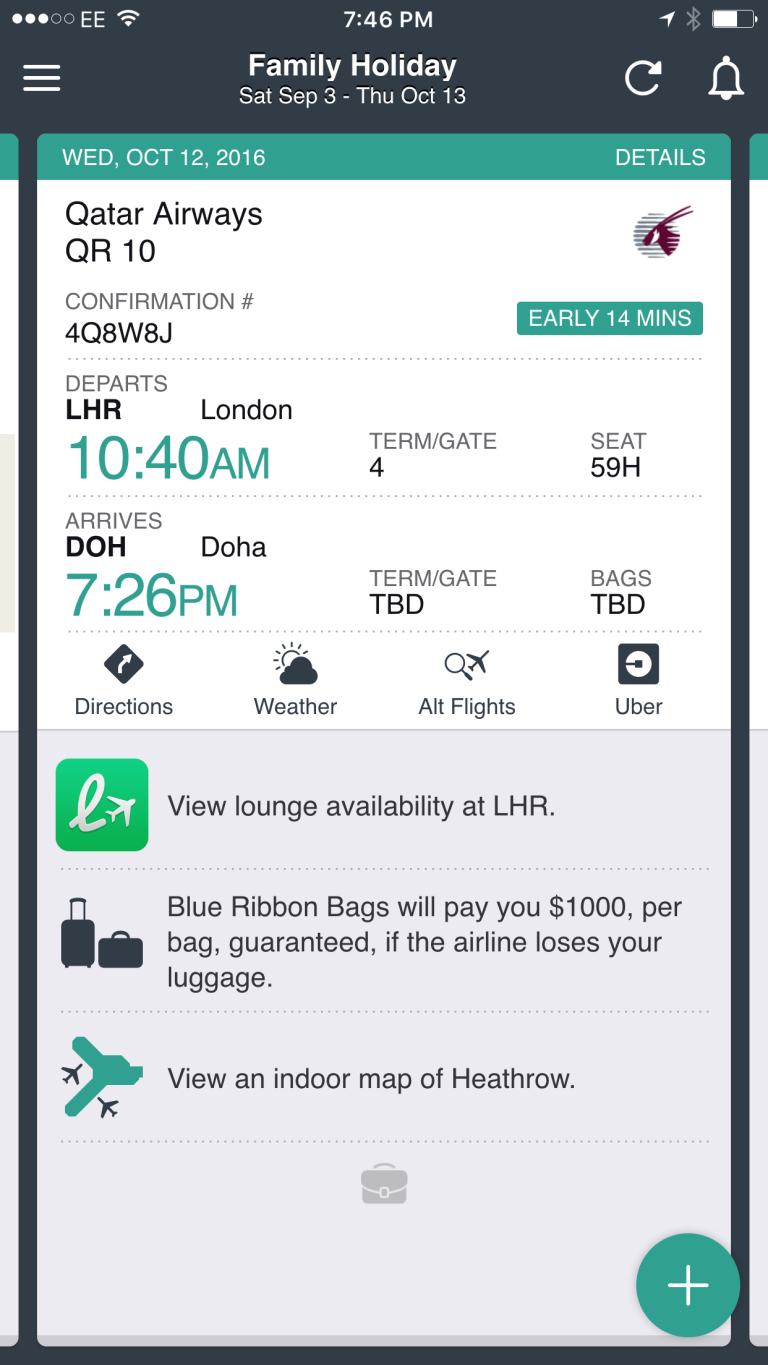 Both my apps say the right time but we just didn’t look! We are so organized usually. Another crazy thing is that we always check in or try to before we get to the airport. We could have checked in last night but we didn’t. If we had tried we would have realized and done something about it then.

Everything was against us it seems. Maybe there’s a reason… But we won’t know will we?

So we resigned to the fact we would have to get a later flight but we were not planning on being hit with a $2000 ‘no show’ fee. Despite our pleas of hardship (we literally had no money left as it was the last day of the holiday!) and for mercy because we had tried so hard to call from the tunnel, Qatar Airways refused to budge. That is not the way to ensure  continued custom. They refused to let us even speak to a manager. Lucky we were able to call Josh’s dad. THANKYOU for coming to our rescue Sir!

We were put on the 9pm flight to Doha and it was 12pm. 6 hours to kill before checkin but huge, heavy suit cases to lug about. Where could we go on an unexpected day in London?  Free wifi at St Pancras, beautiful surrounds, nice toilets, piano playing – decision made to stay put.

It was certainly a beautiful train station. Most travellers rush from one train to the underground or across to Kings Cross Station and never really appreciate the space. It was actually really pleasant and beautiful.

St Pancras art
The freize around the bottom Of this statue was stunning (see two below). I will edit the post later and add more details. 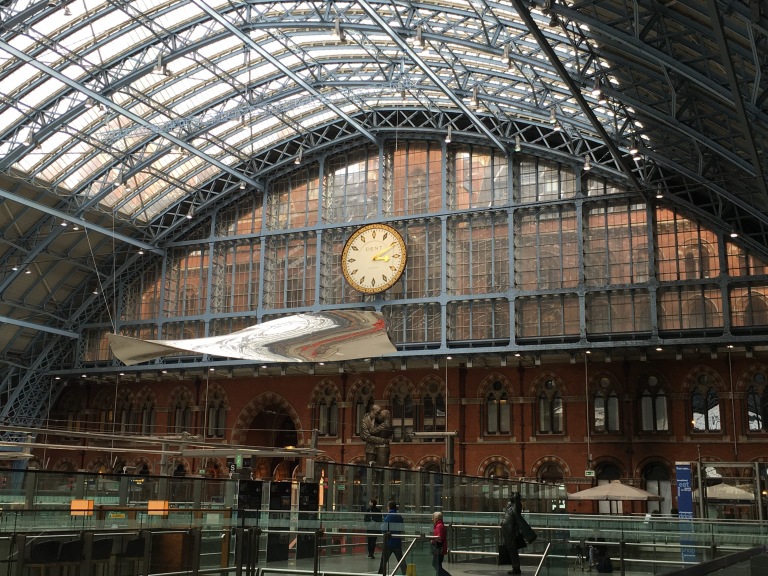 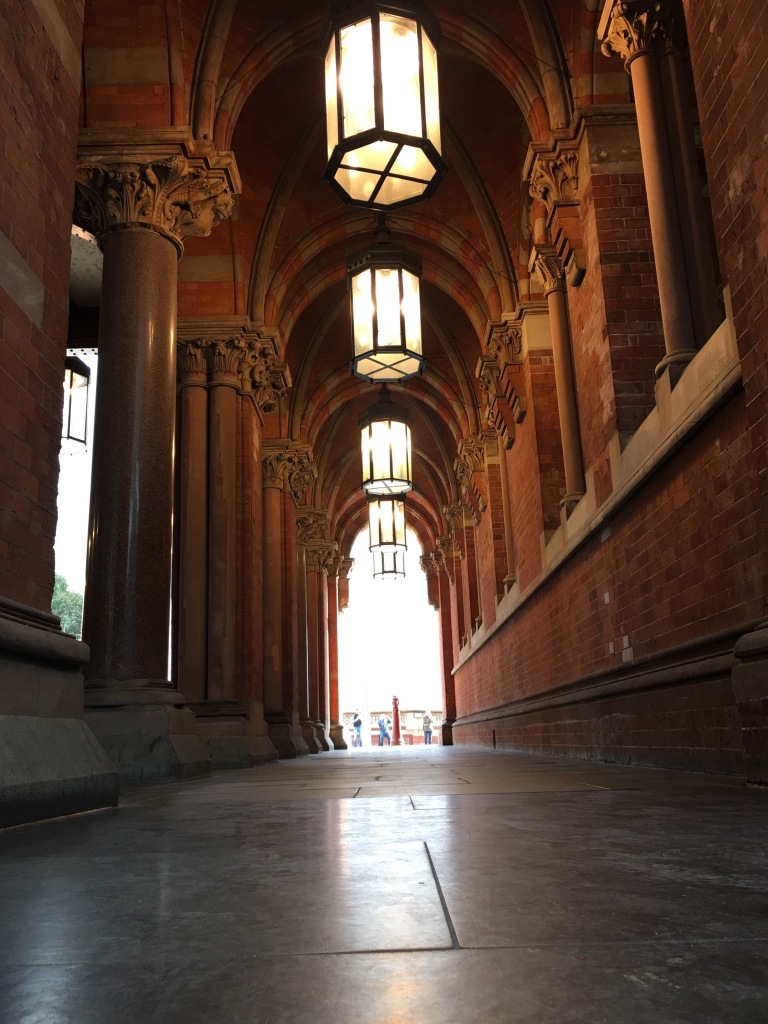 The other really weird thing is a that we all had a craving for Maccas. It seemed like we needed a comfort carb fix or a taste of something home and familiar. Now I get how Maccas began for the Americans.

The other thing we were able to do was go to Platform 9 and 3/4 at Kings Cross. Not that Harry would have a bar of it but he queued with me and took a snap though the paid one was better. 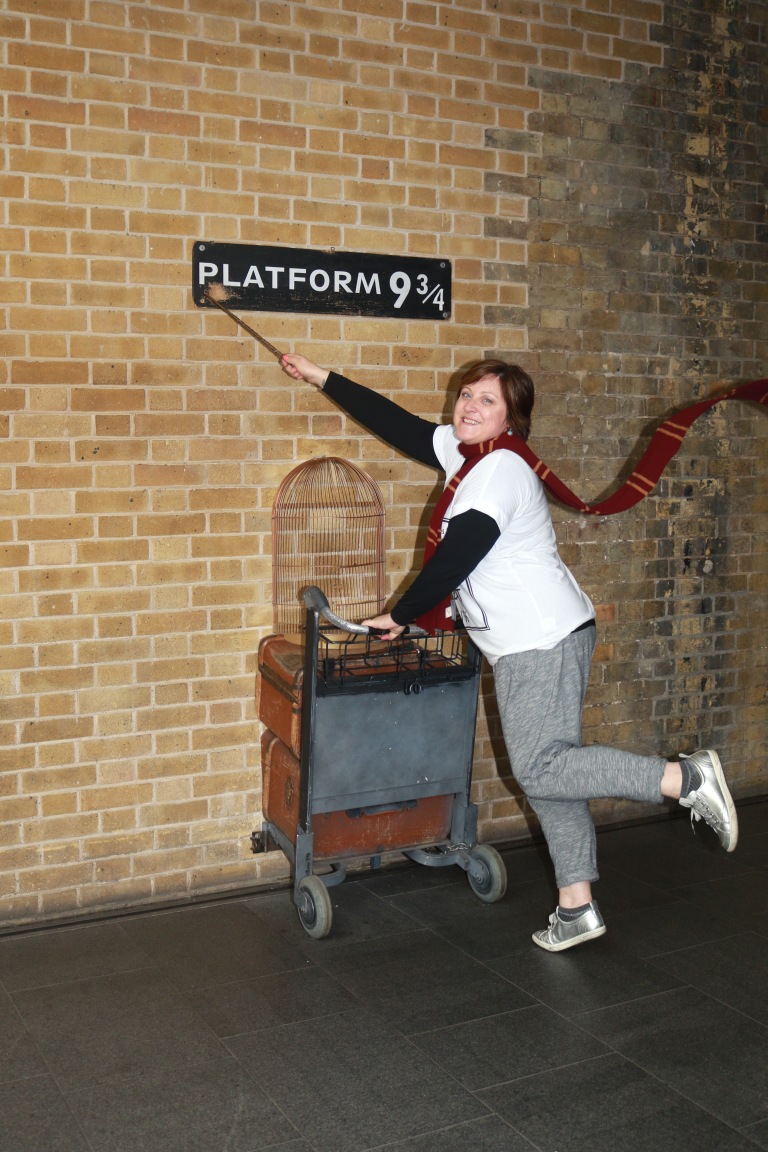 Finally it was time to take the Piccadily line to Heathrow.

Last decision to make is when we arrive in Doha at 6am tomorrow: should we get a hotel room to sleep and shower, as we above an 11hr stop over or take a tour of the city (38 degrees Celsius and we have winter clothes on!)

Will let you know tomorrow!