Whatever ailed me yesterday seems to have passed as I woke quite hungry. We got our stuff packed and we headed to the Titanic Quarter.

Breakfasted at the ‘Cast & Crew’ cafe near the Titanic Studios but contrary to the name we did not bump inro Jon Snow or anyone else enjoying some eggs.

Fantastic interactive museum lurking the history of Belfast as a commercial centre for linen and then shipbuilding leading to the construction of the Titanic. 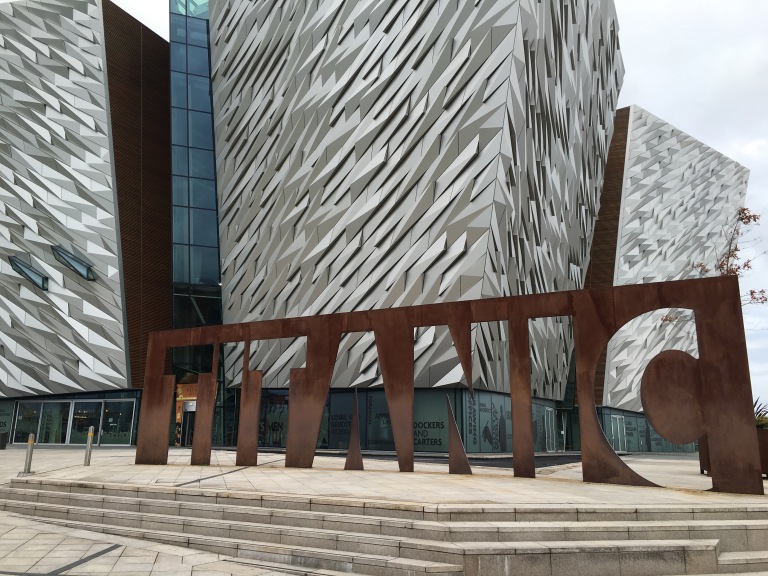 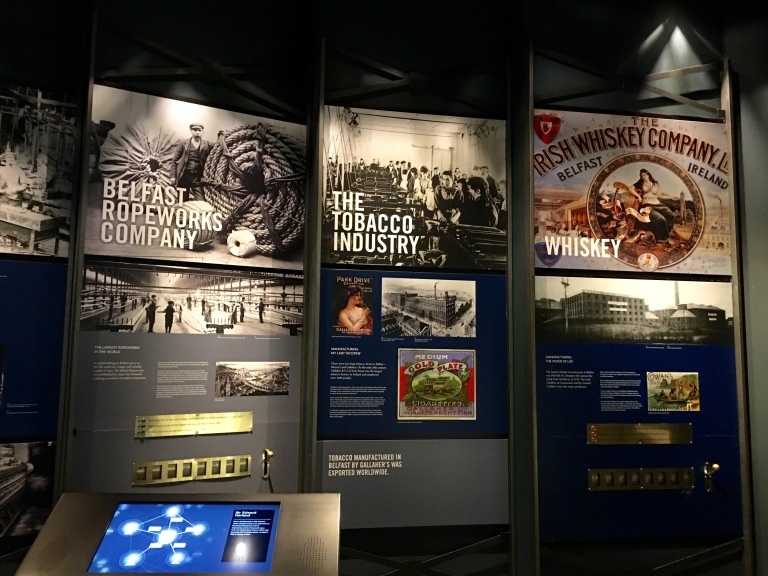 The information about the plans and the workers was detailed and informative and included a ride through a section of iron works where the rivets in the great ship were hammered in.

I loved the huge black and white photos. 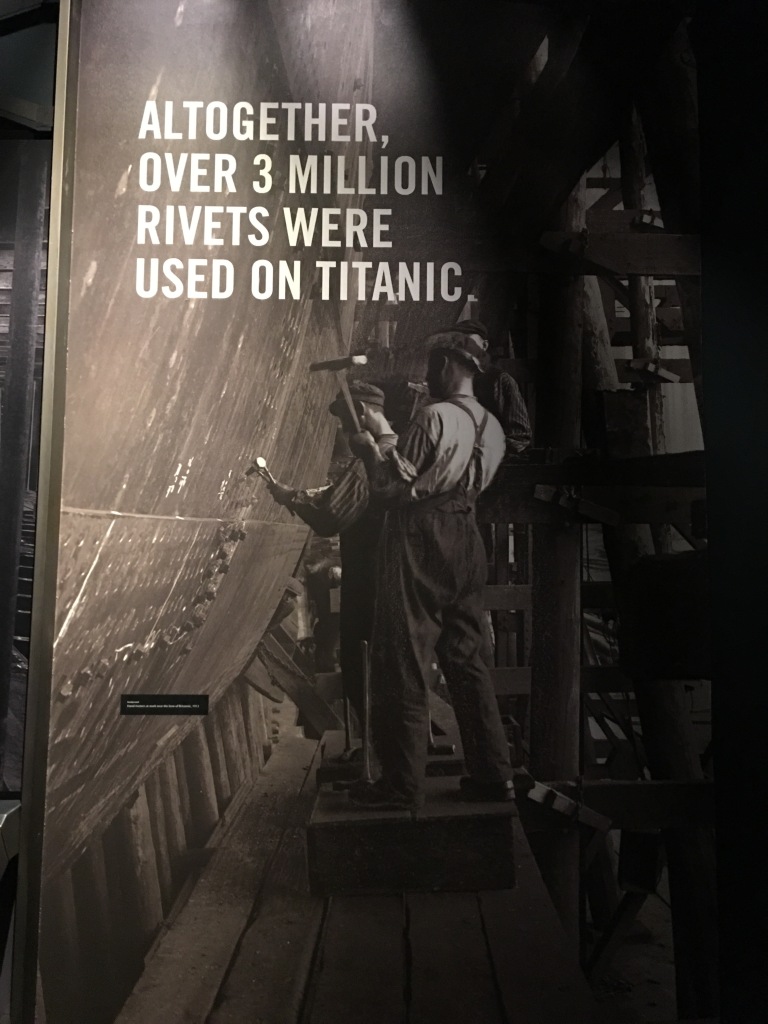 The Marconi messages were heartbreaking to read. There isn’t much I don’t already know about Titanic due to a major obsession I had with it when the 1996 film Titanic came out (my 30th birthday was a White Star Line extravaganza!), but it was so moving to be on the spot where she was made and launched into the waters before making her way to Southhampton and ultimately her doom. 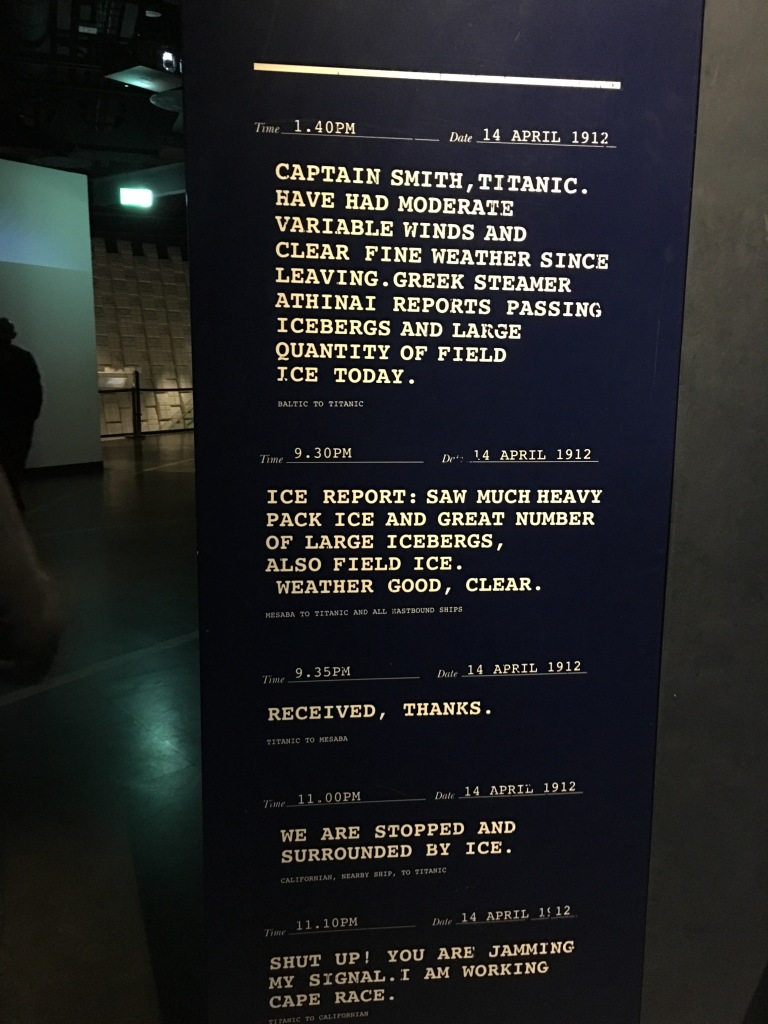 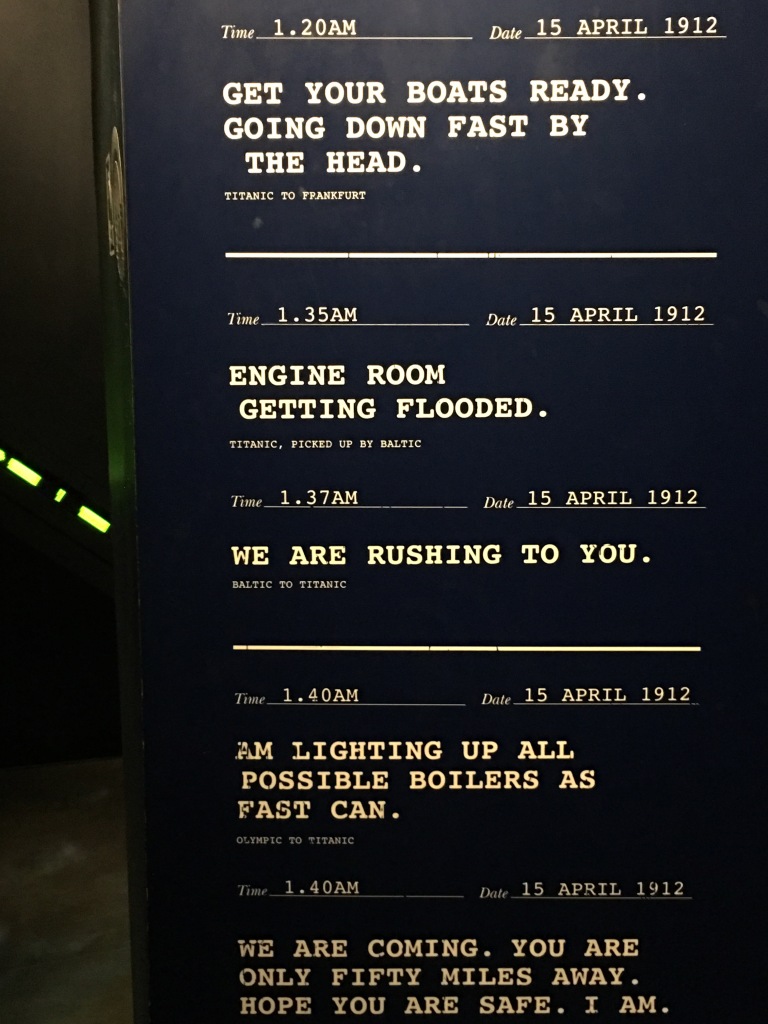 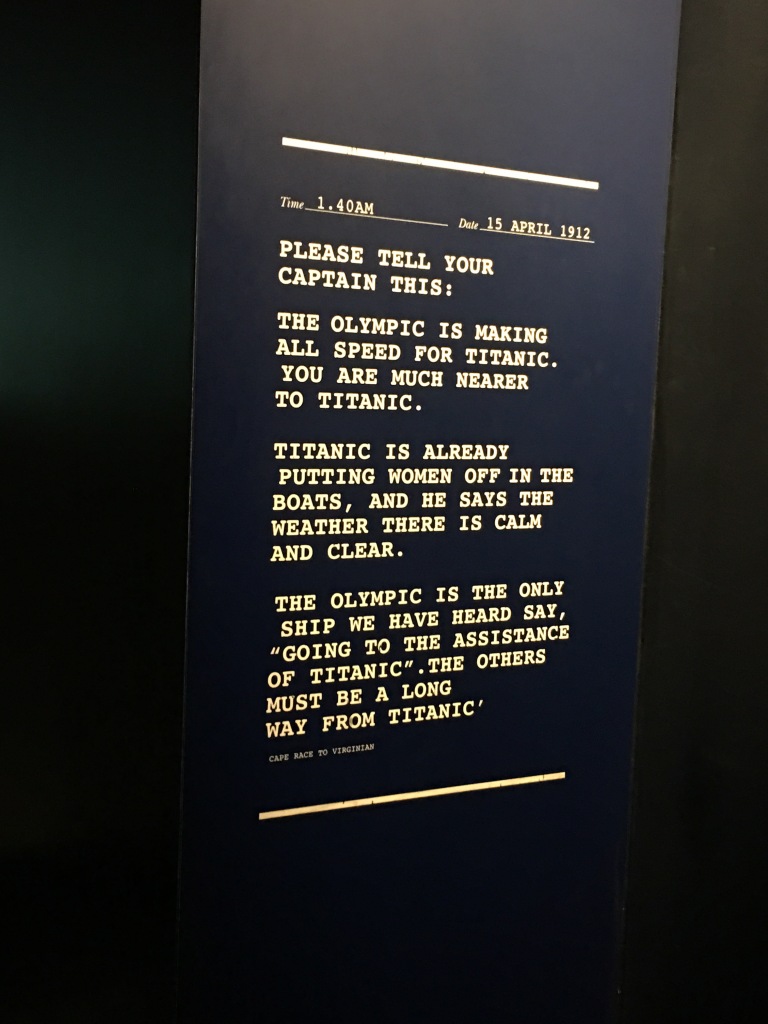 The slip way from where the Titanic was launched. 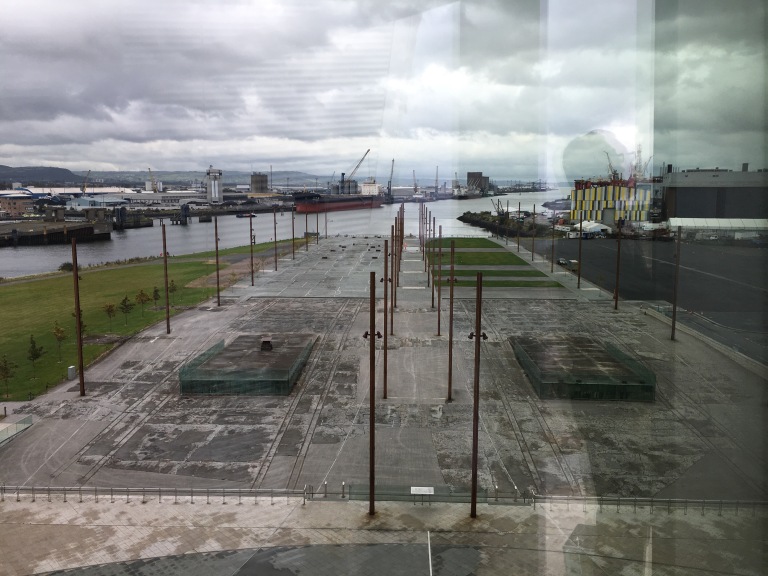 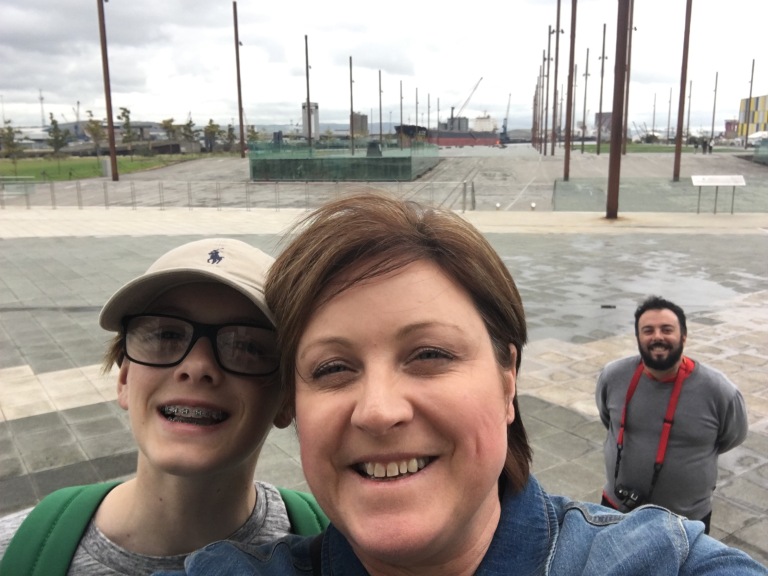 Yay our flight left on time, thank you EasyJet! Though they did have to x-ray Harry’s case because he piled up that he had a knife in it 😡 (a Swiss Army knife his Singapore Dad gave him as a remembrance of him). The flight also arrived 7 mins early but that got used up in an hour long queue through customs 😩

Saved money by not taking a cab and taking the train instead. We are coming to the end of the trip so we have to budget. What a shame it’s in Paris! Now we no longer have to keep our luggage to 20kgs but have 30kgs to play with and can’t go shopping. 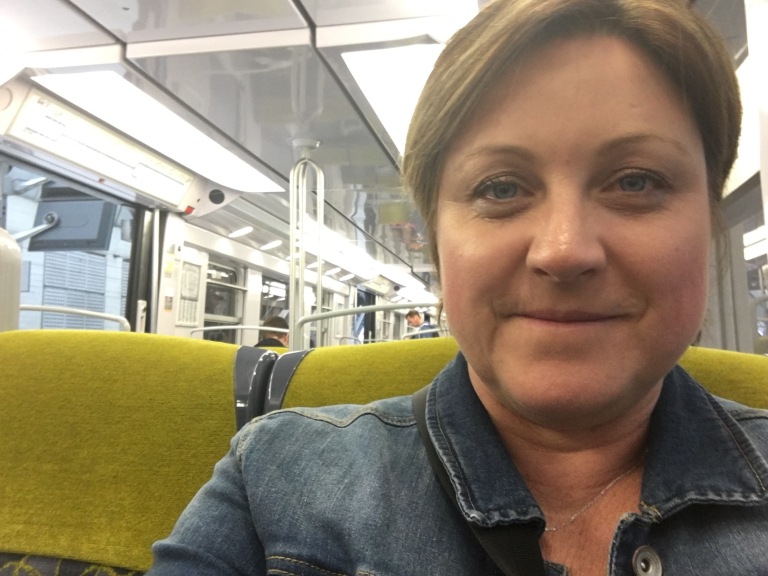 The above ground train was a breeze compared to the Metro! So squishy and people try to get on before you can get off! There were no escalators or lifts (that we could see) and every sign was in French surprise surprise. Funny how you just expect to be able to read. Had a small taste of what it’s like to be in a place where you don’t speak the language. Of course when we did ask for help a lot of people speak a little English. And we needed plenty of help on the stairs with my suitcase. I think I said sil vous plait instead of merci but they got the idea! 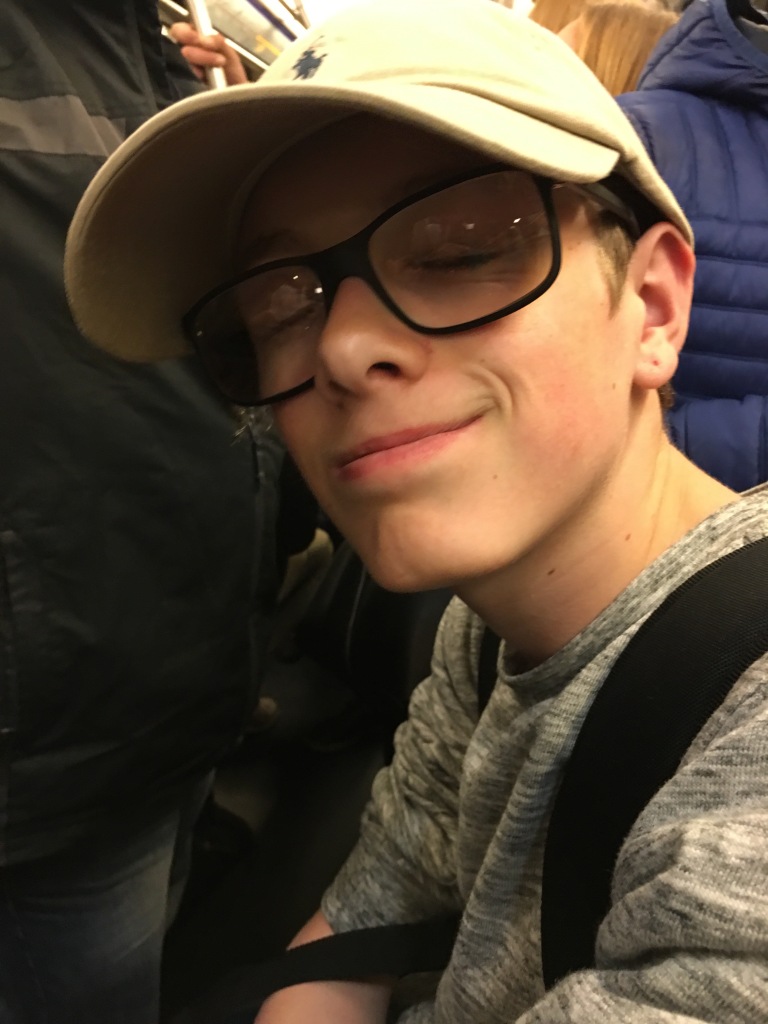 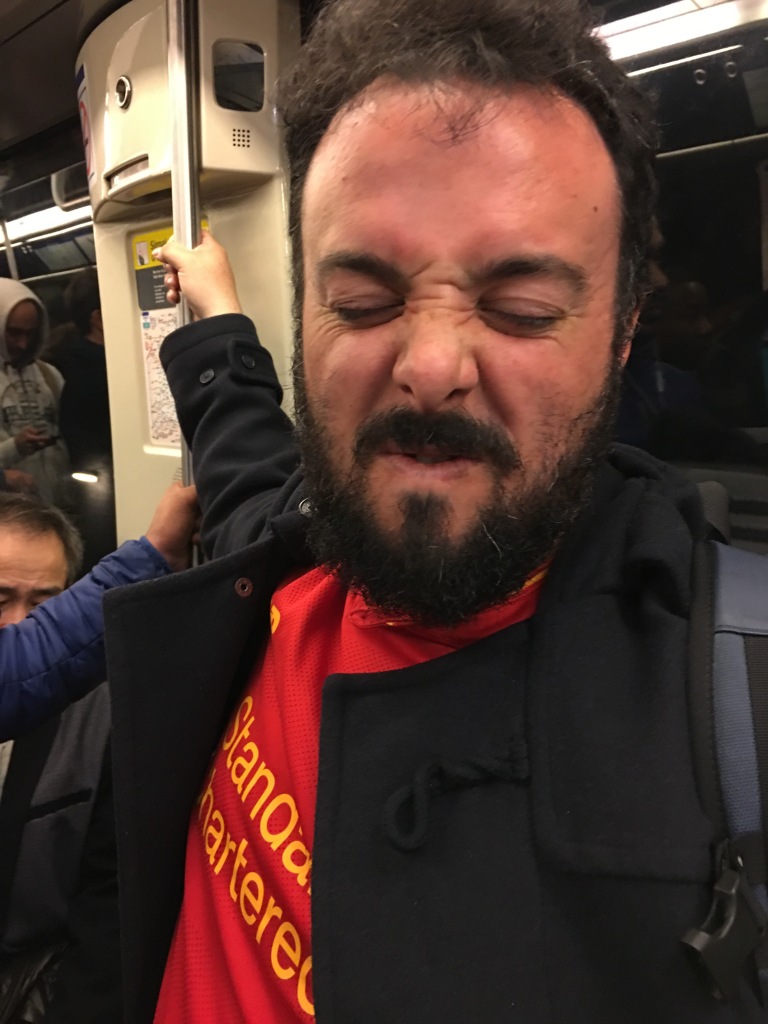 At the same time it was exciting to be somewhere that felt so different.

We walked over cobbled streets past Pariseans out on a Friday night. Our suitcases were so noisy and we felt like intruders in the scene.

Our Airbnb was a delight! Small but very chic and a wee view of the Eiffel Tower! 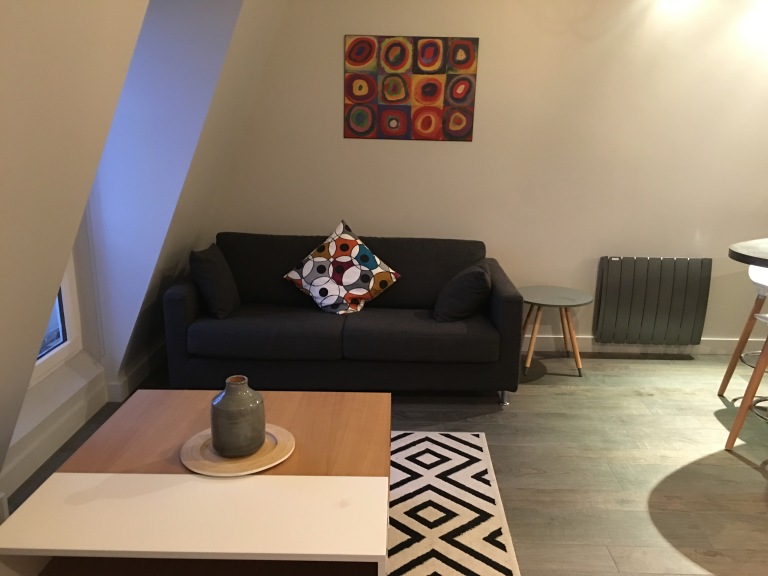 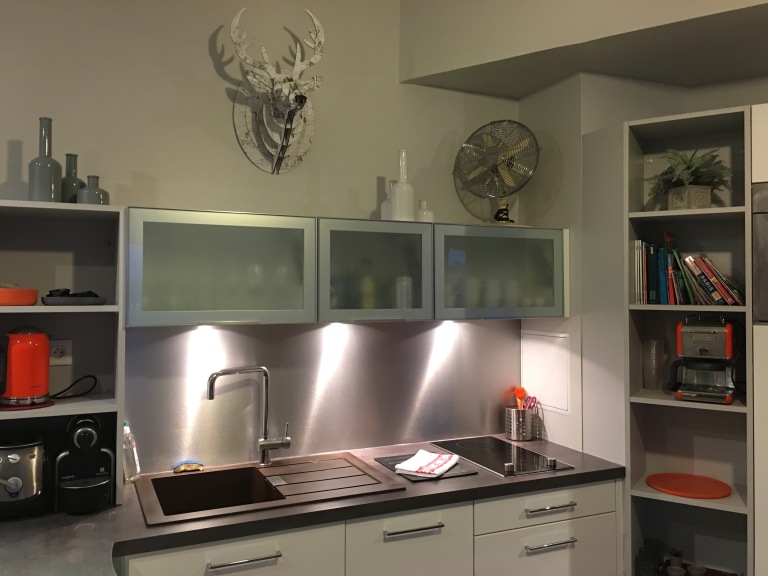 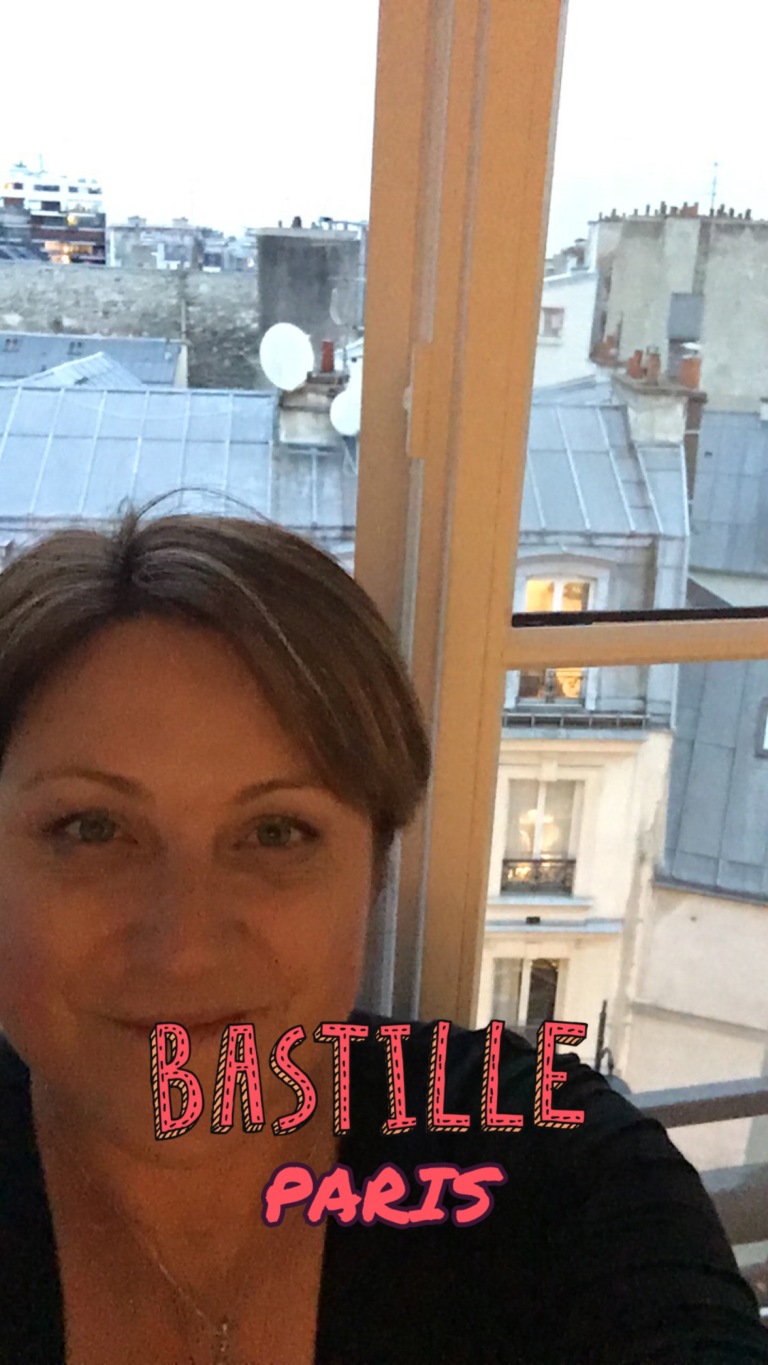 Just across the road was Chez Paul where we had a very French dinner in a typical French bistro. Once again Harry was painful but he had a go and ordered Duvk confit wit garlic potatoes (boy were they garlicky!) Josh and I shared leeks and escargot and a shoulder of lamb. The tarte tartin and creme brûlée were divine!