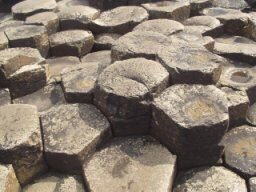 Day 10: Over the Irish Sea to Londonderry/Derry

A bit of a sleep in today (half hour!) and down to breakfast at 7:30. I had porridge today that came with a bit of a surprise! Whiskey! Happy to try traditional food that isn’t black pudding or haggis for breakfast. 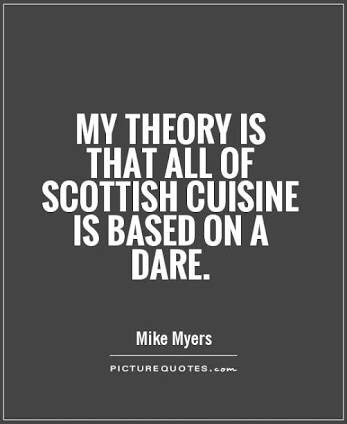 Today was basically a big traveling day with one adventure along the way – the Giant’s Causeway.

On our morning travel to the ferry we passed many coach tours including Top Deck and Saga tours. The coaching travel industry has a few acronyms that are a bit of fun. So SAGA Tours stands for “Sex and Games for the Aged” or “Send a Granny Away”.

He told us we were on a Ski holiday (Spend the Kids Inheritance). Well maybe everyone else is but we are the exception to the stereotype that’s for sure as we have the kid with us!

The drive took 2 hours with no stops to the port of Cairnryan to catch a rather large ferry  (felt like a cruise ship – shops, movies, bars, sun decks) to Belfast. We went a different way to what was described in the brochure as we come into a different port. Coming into Belfast instead of Larne so missing the drive on the Antrim coast and instead going a quicker way inland to the Giants Causeway.

The route took us on the Irish Sea. It was not choppy but I could feel the movement. It was weird. I don’t think I’d like cruise at all.

It’s a long weekend so the ferry is packed with holiday makers as well as coach tours. There was a table of women next to us on their second bottle of champagne when we were only 40 minutes in. They reminded me of Rosie, Sam, Bianca and I especially when they started cackling with laughter.

I went out on deck mid sail and was nearly blown off. Another American lady decided it was a bad idea as well and we grabbed onto each other and slowly made our way to safety! She said “I don’t even know you but I’m holding onto you!”

Now remember how the Brits love to queue, well it seemed that every woman needed to go to the toilet on every deck at the same time. It must have been a point on the journey where they know that port is not far off so they better pee. To avoid this horrible situation of queuing, Harry took me into the men’s and other women soon followed declaring it ‘unisex’.

Arrived in Belfast at 2:15pm and I stood out on the deck to see where the Titanic was made.

The Giants Causeway
The Giant’s Causeway is an area of about 40,000 interlocking basalt columns, the result of an ancient volcanic eruption. 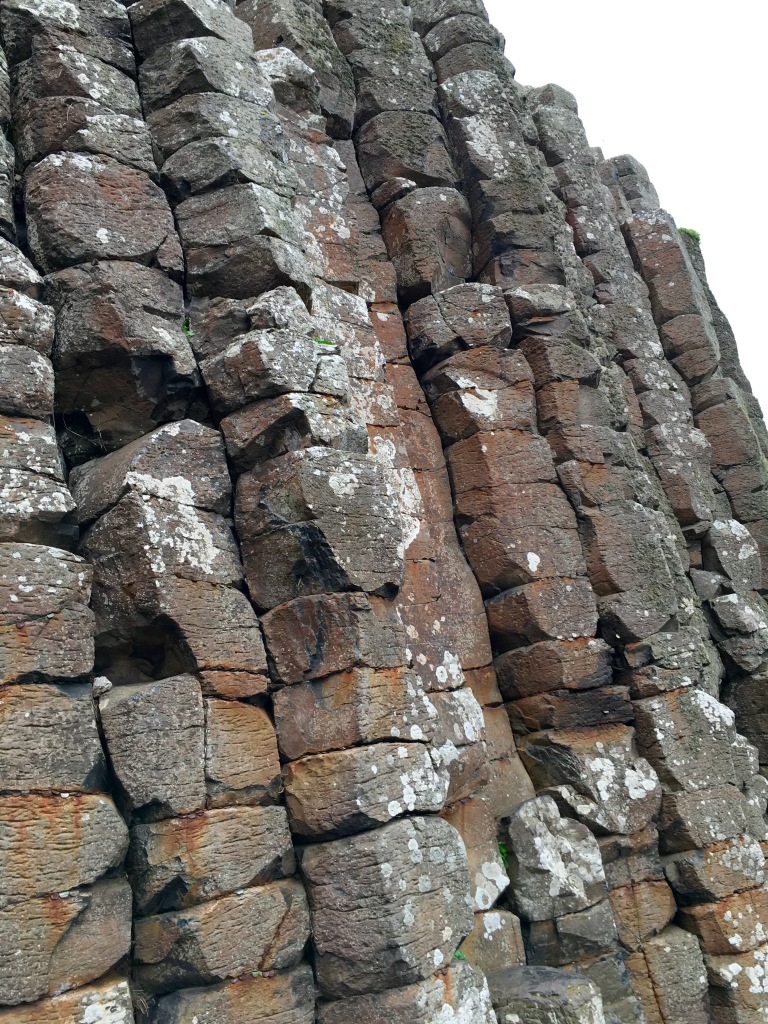 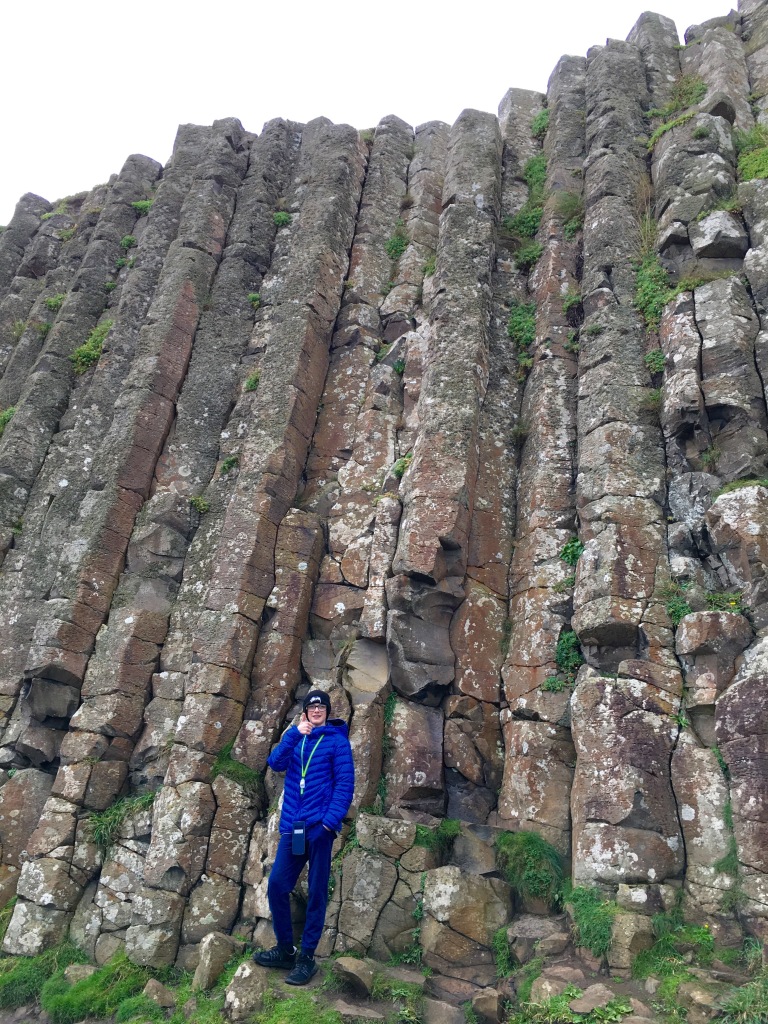 It was pretty spectacular and very different to rock formations elsewhere even though the coast is similar to coasts in many places. It was literally crawling with tourists!

They weren’t kidding in the audio guide when then said the bottom of the hill was the windiest place on the coast. It literally blew me off balance a number of times. Even though it was ok to climb, Harry was not so keen! I think he only likes it when it’s not allowed. 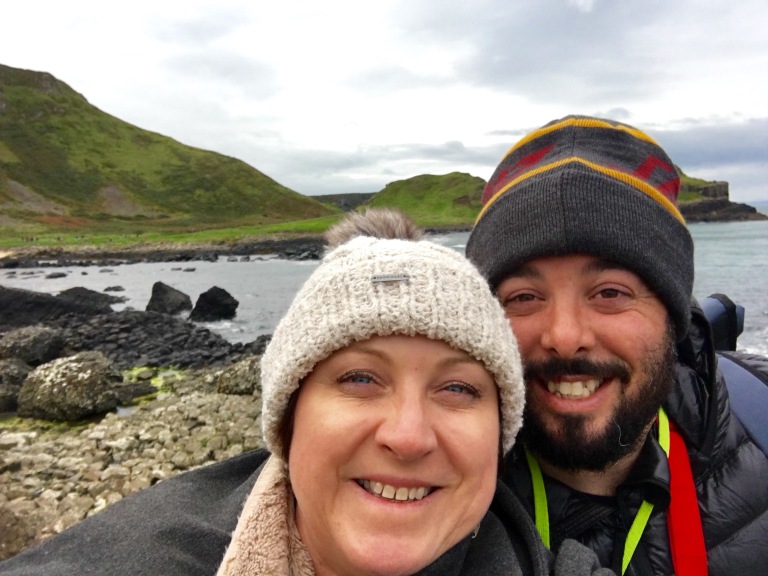 The title of today’s blog comes from a quote by Samuel Johnson:

He, I know not why, shewed upon all occasions an aversion to go to Ireland, where I proposed to him that we should make a tour.

JOHNSON. “It is the last place where I should wish to travel.”

BOSWELL. “Should you not like to see Dublin, Sir?”

JOHNSON. “No, Sir; Dublin is only a worse capital.”

BOSWELL. “Is not the Giant’s-Causeway worth seeing?”

JOHNSON. “Worth seeing, yes; but not worth going to see.”

I think there’s something in what he’s saying but I can’t put my finger on it. Maybe it’s because it’s one of those places that is do talked up that actually seeing it is ordinary.

There is a famous engraving by Susanna Drury 1740 that shows that even back then it was a tourist magnet. Her image inspired people all over the world and won her a prize at the Dublin Society. Because it was an engraving, copies were able to be published. 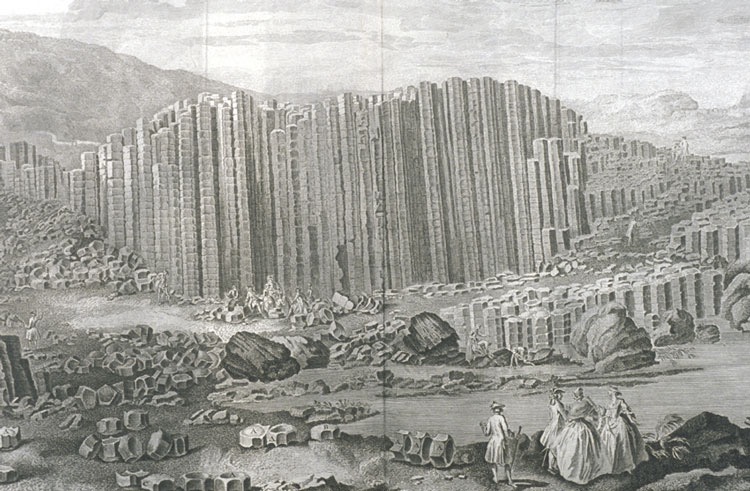 From the coast we drove to Londonderry or Derry, depending on I’m not sure what. I did Google but couldn’t quite summarize why and when so if you are interested have a read here:

The hotel we are staying at tonight is quite charming. The restaurant has a good feel about it, like being NOT in a hotel restaurant and the bar has plenty to look at.

Enjoyed a Harp Lager with my dinner. One of my all time favorites.

5 thoughts on ““Worth seeing but not worth going to see”.”