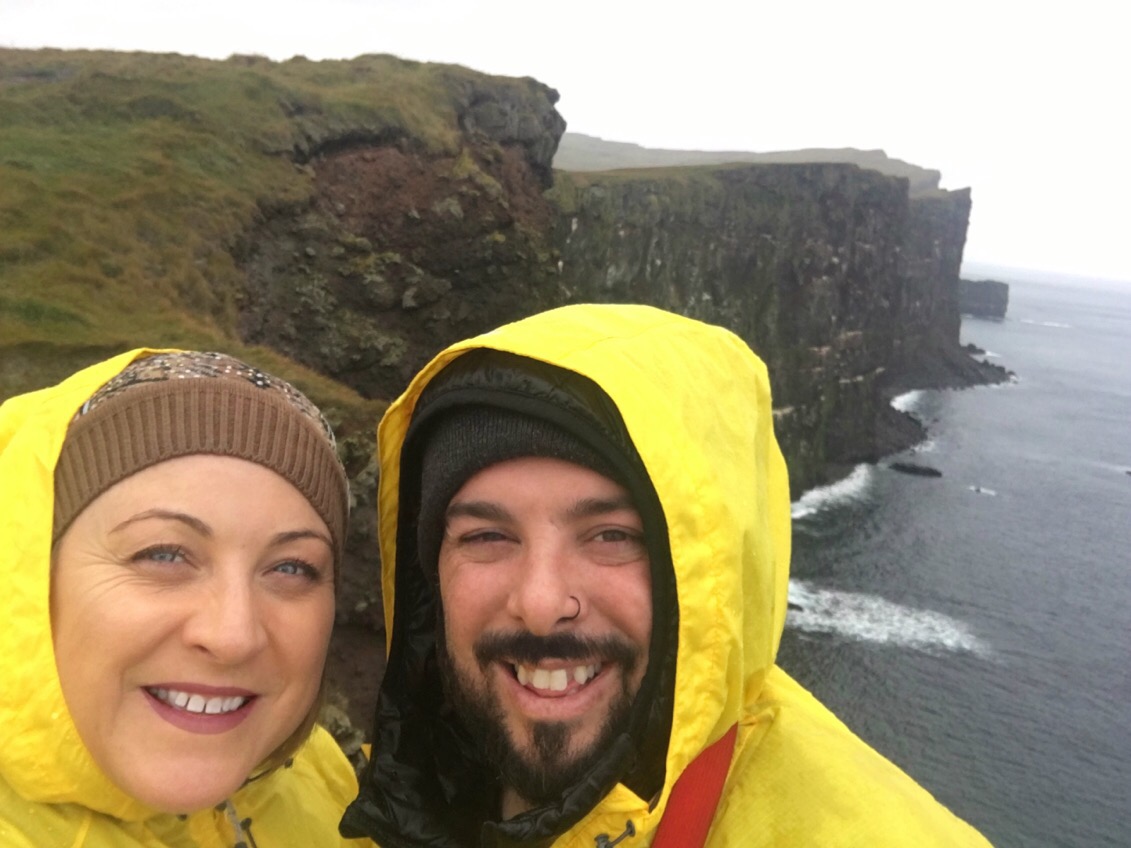 Today was always going to be a big day of travel as the ferry that we had booked was closed early for winter and we would have to go the long way around the fjörds. So we set off to see a few things before the big drive. That was the plan anyway…
We set out in the rain. Disappointing after yesterday’s lovely sunshine! But what can you do. Still things to see and the next stop to get to. 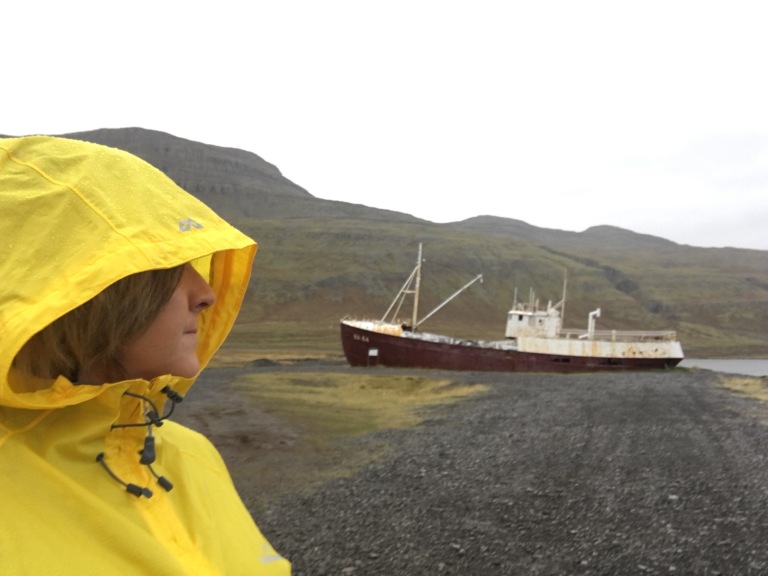 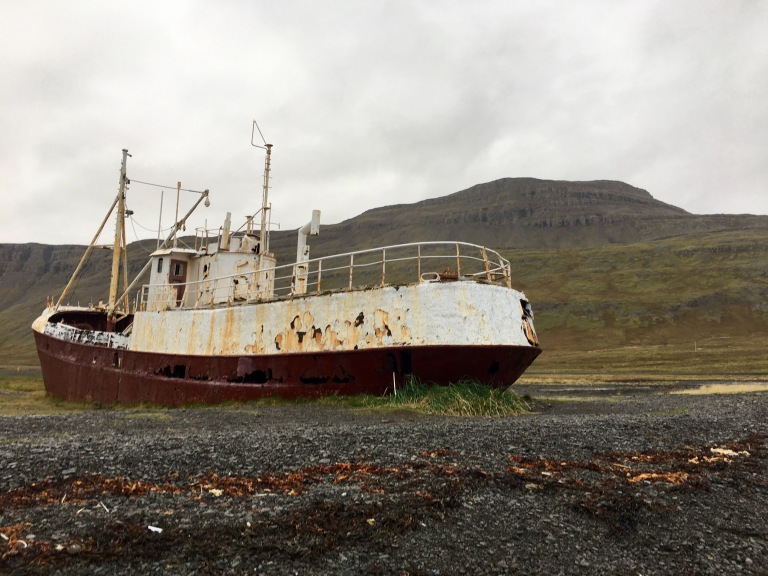 Josh had a great time with his drone. He didn’t even get out of the car! It snuck up on me a few times! 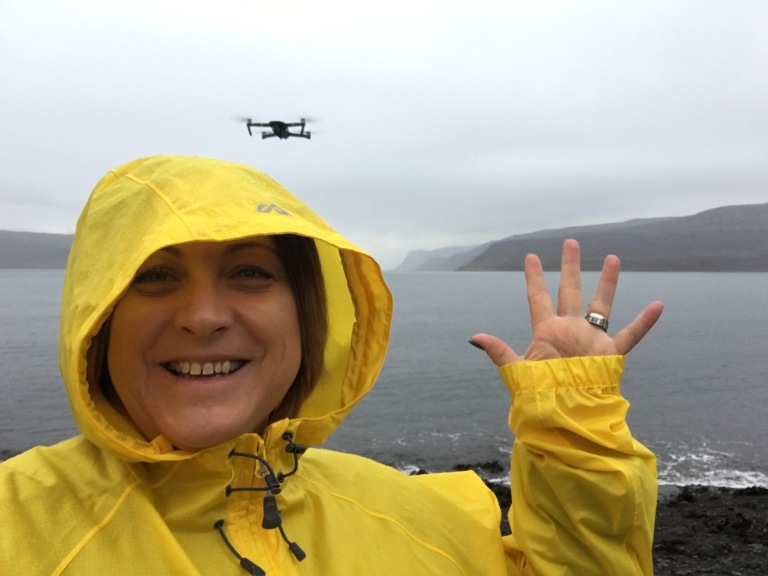 We saw some fun and cool stuff on the way to the next stop! 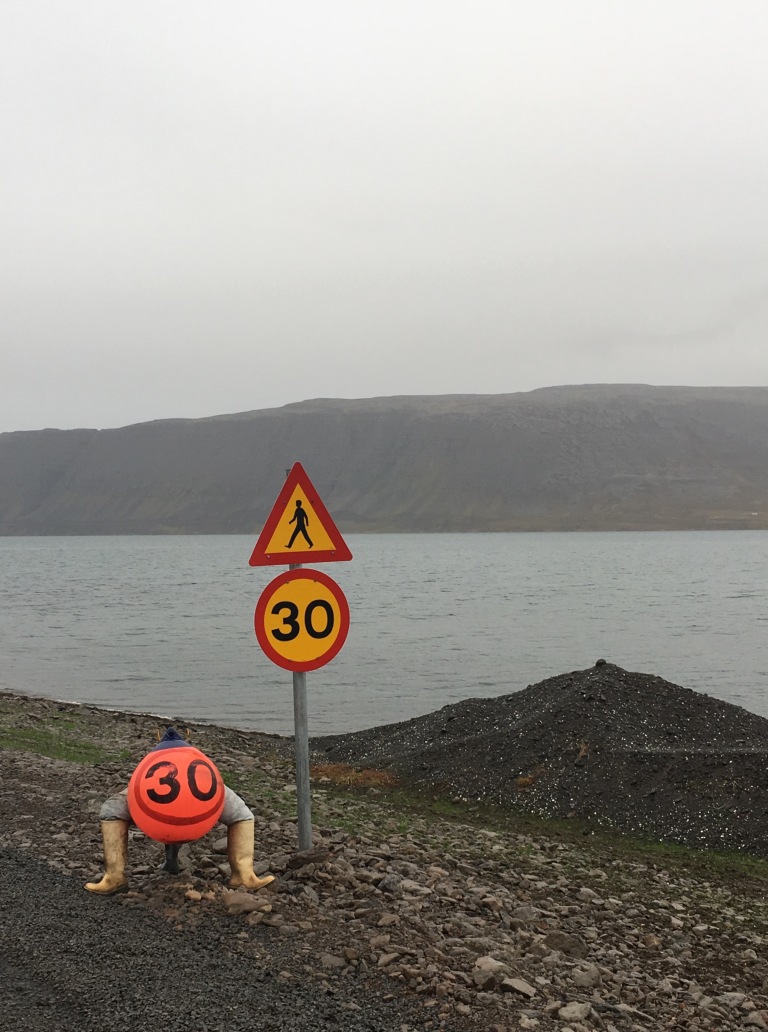 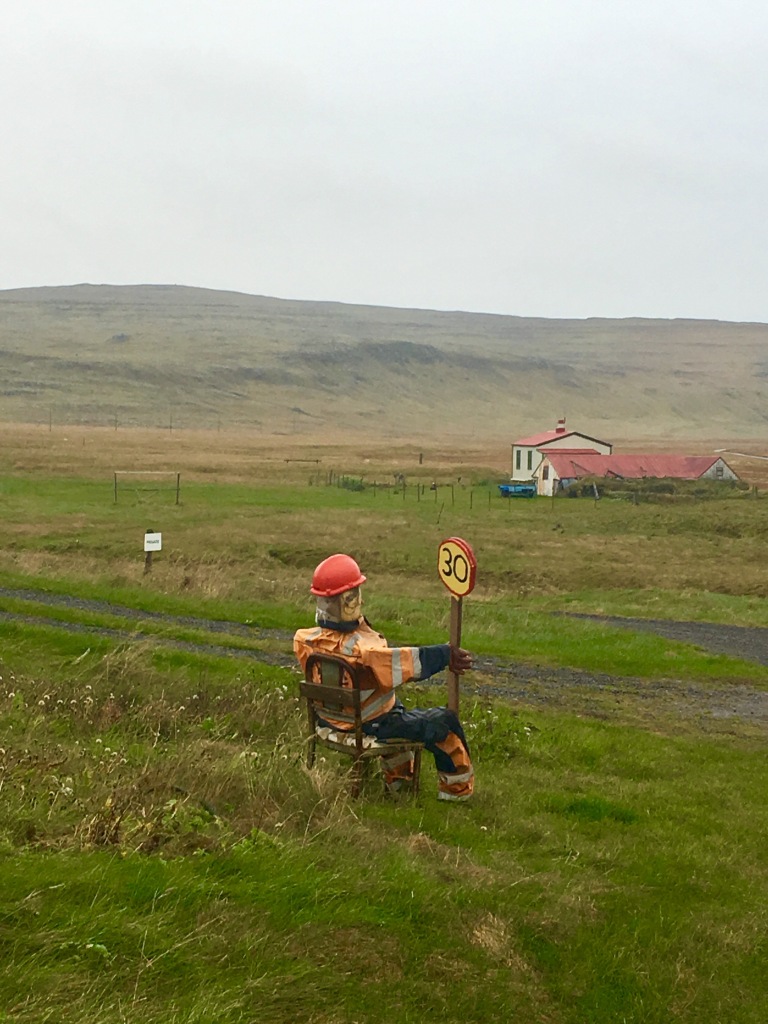 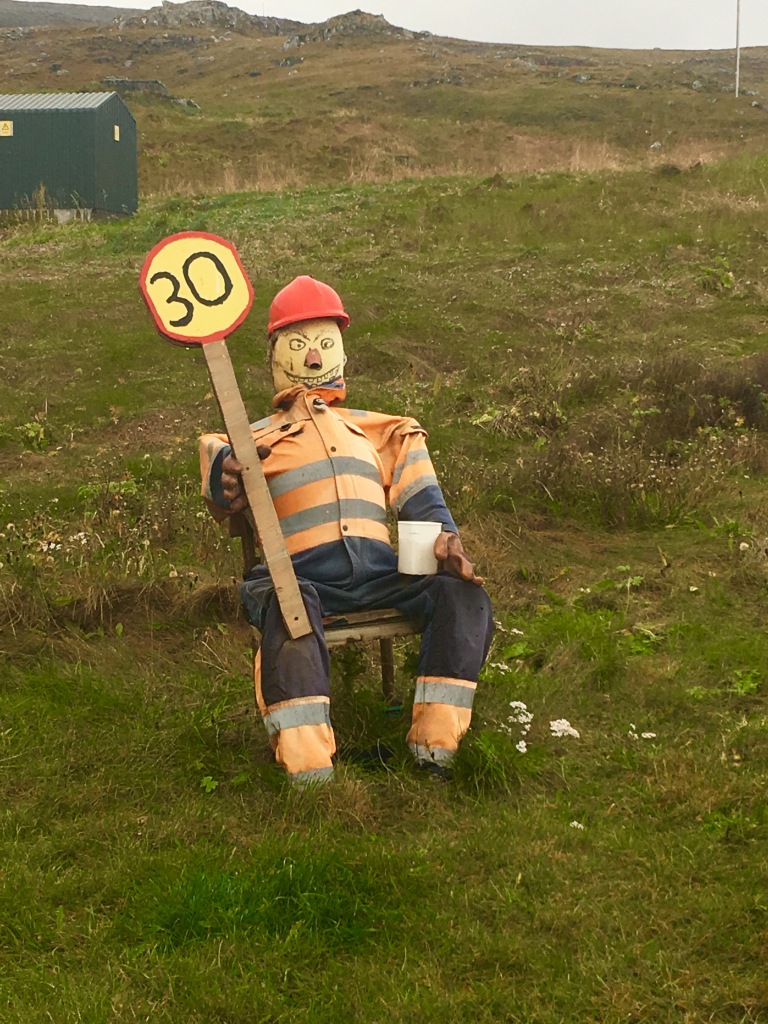 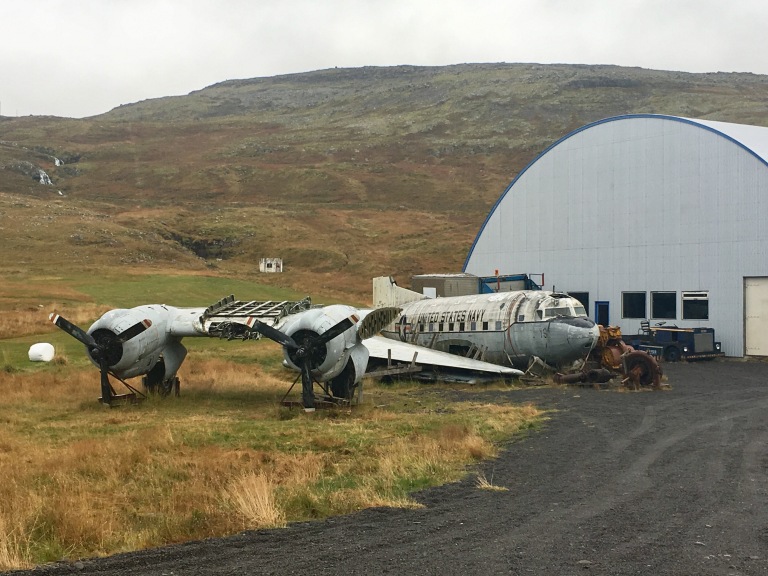 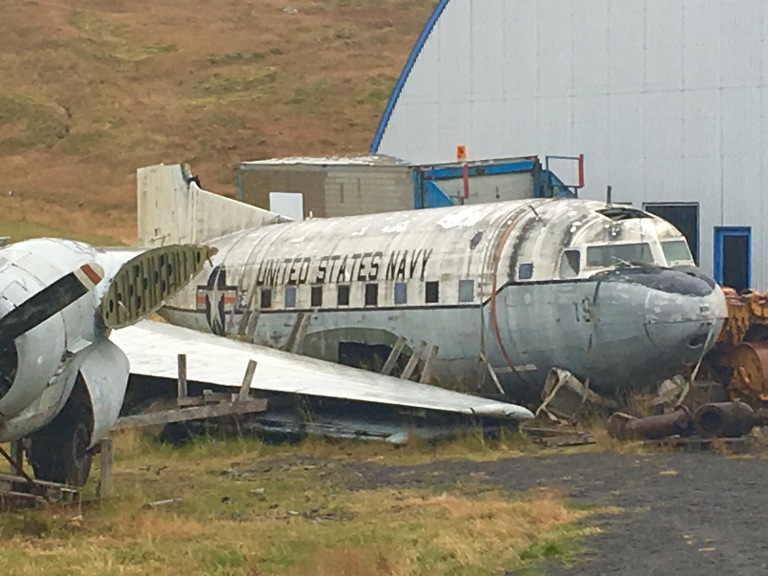 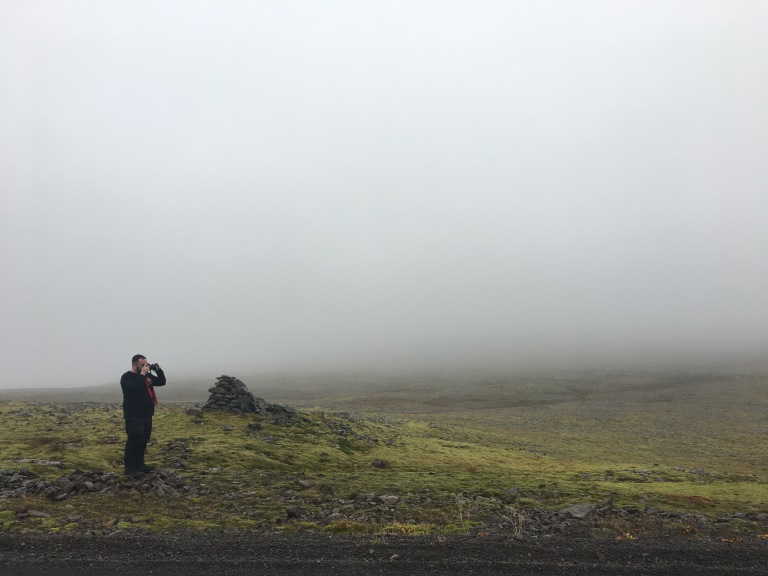 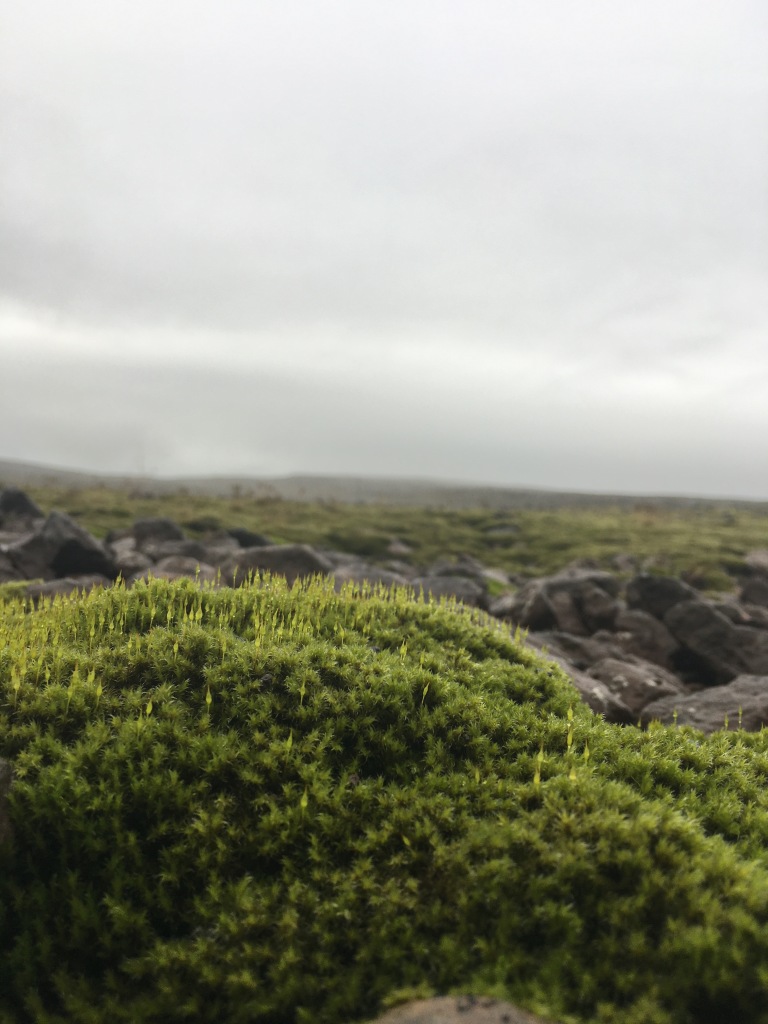 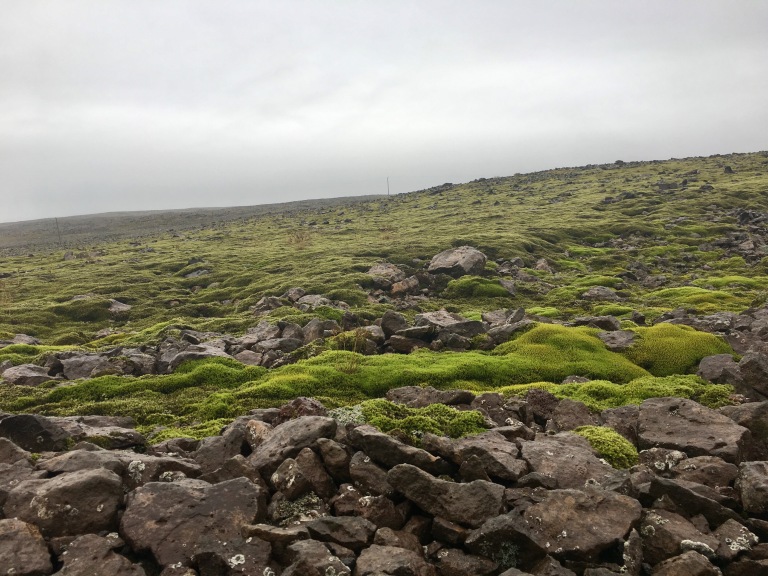 And more terror on the high roads…

The most western point of Europe! This is the place to see puffins BUT THEY ALL MOVED ON IN AUGUST! Josh told me I would see puffins but he tricked me into climbing up to see the view and the empty nests. The only thing puffin was me! 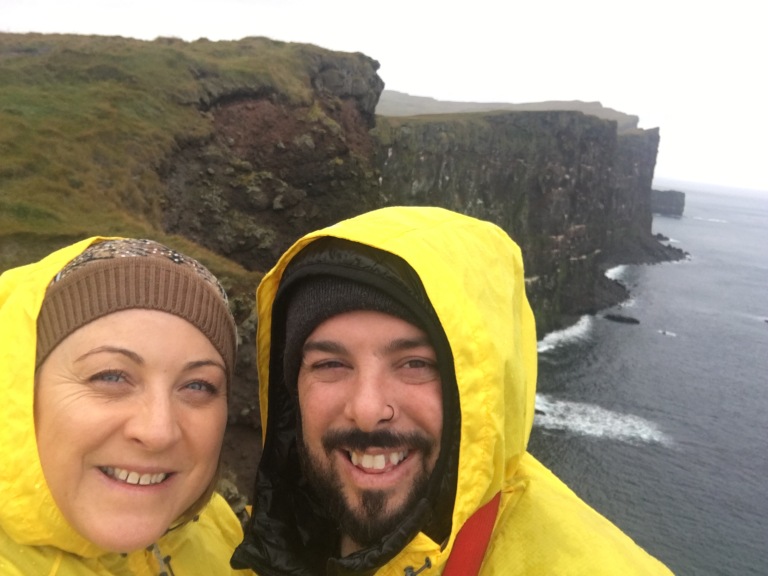 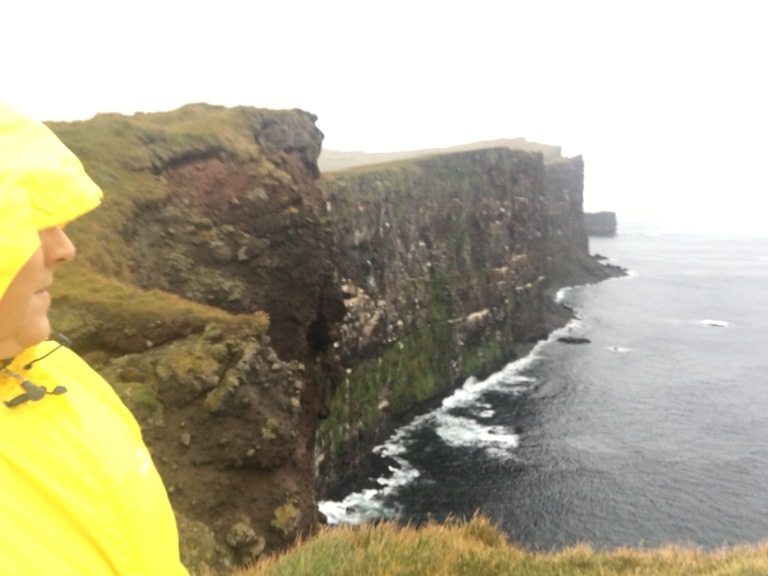 All that driving in had to be retraced ans it was on the way out that the car warning system alerted us that the tyre pressure in one of the back tyres was going down. We pulled into a picnic spot and sure enough we could hear the air coming out. At one stage we thought we would just drive on it until the next town (20-30mins) but decided not to. Bloody regret that now! 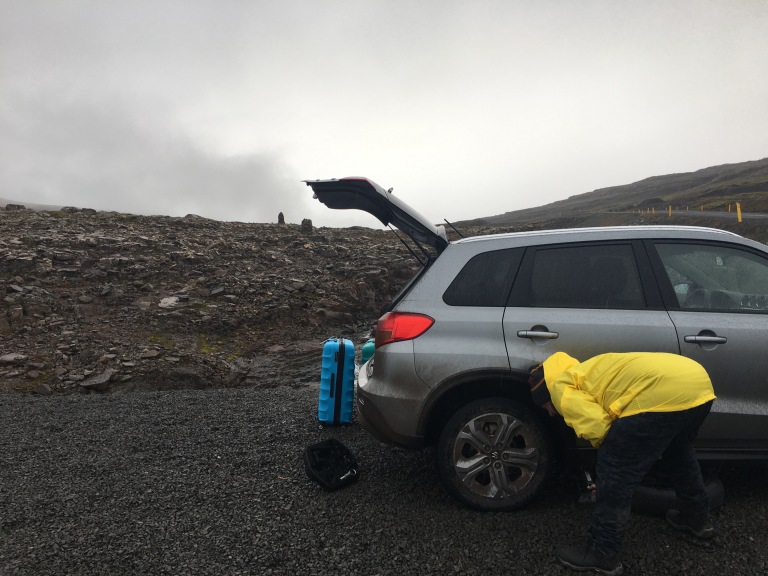 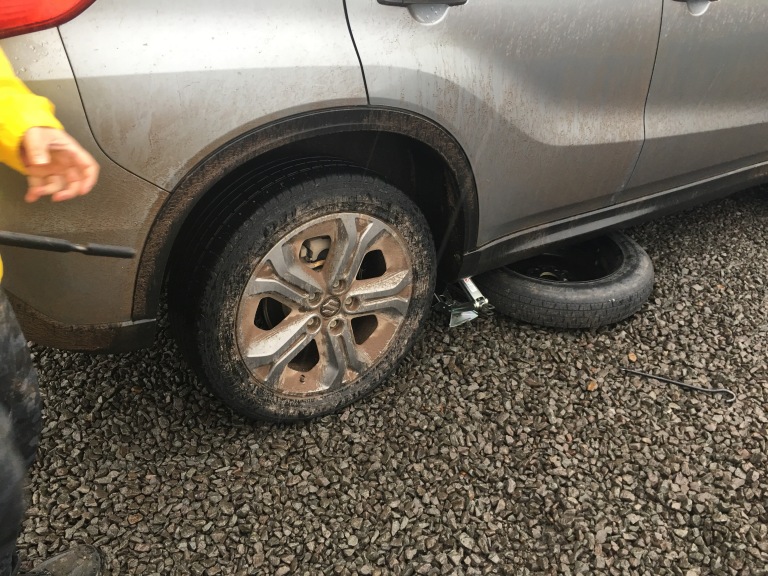 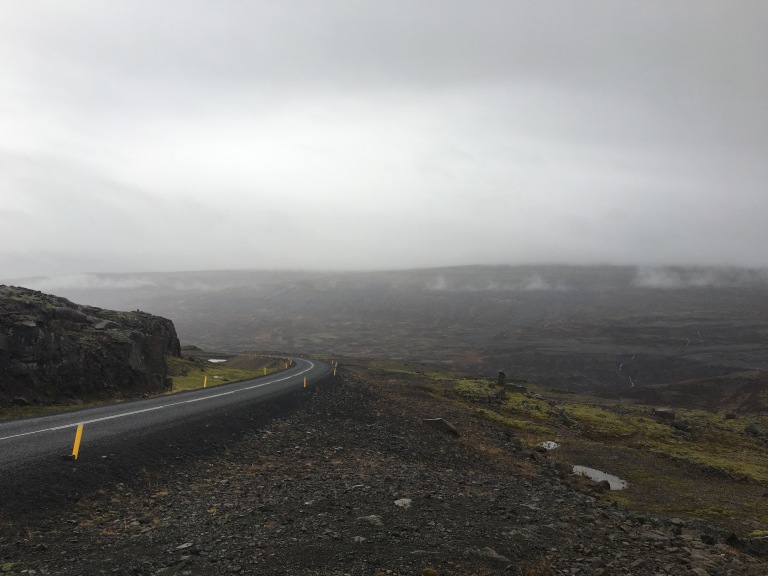 Josh struggled for an hour. Jacking up only to have the rocks move and it drop again. Lower and then jack up again only to have the wheel nuts so tight they would not budge. Even standing on the iron succeeded only in bending it. 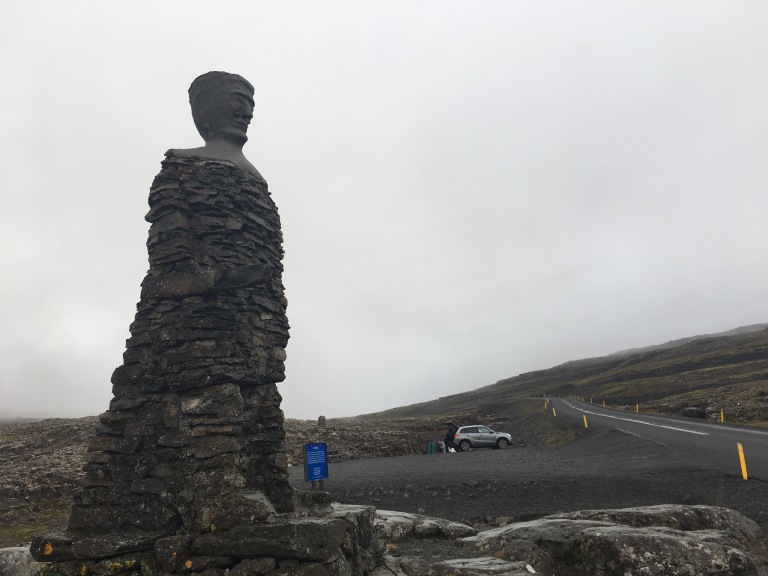 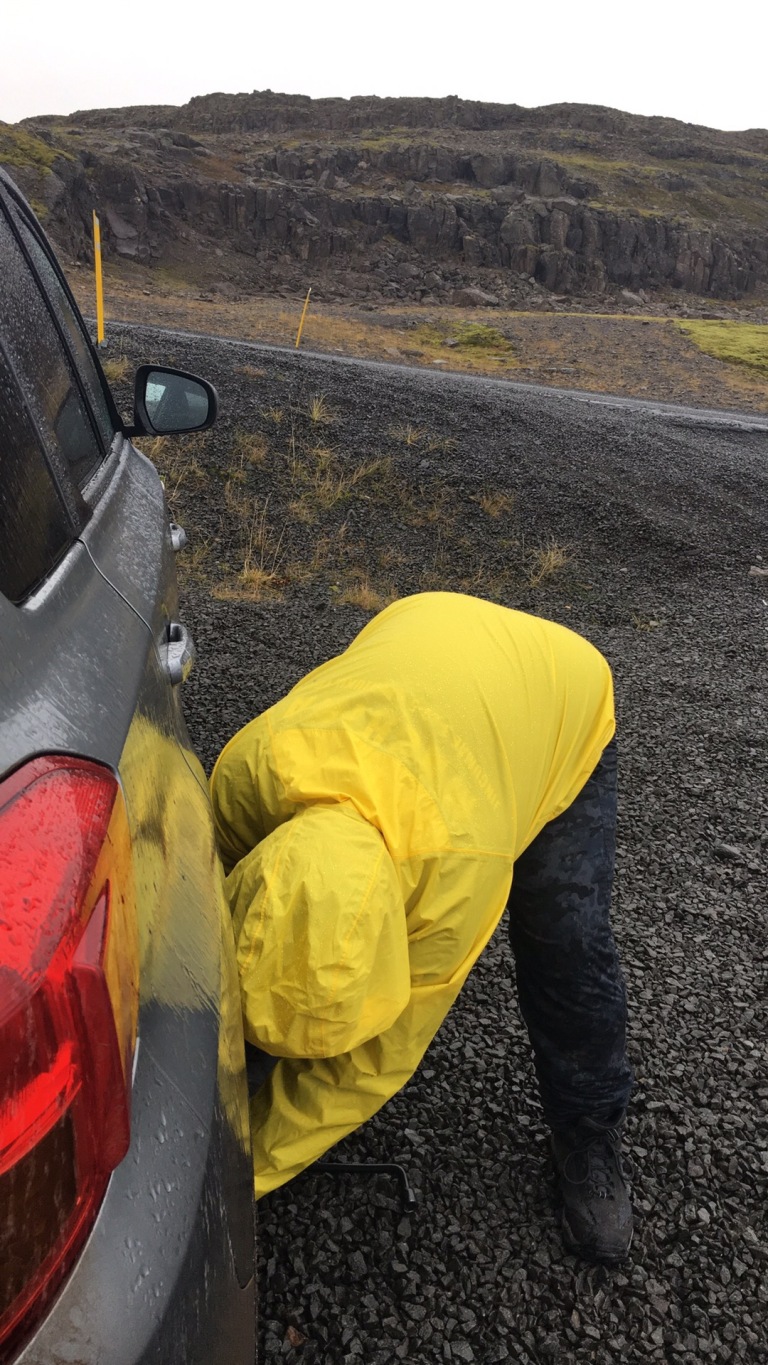 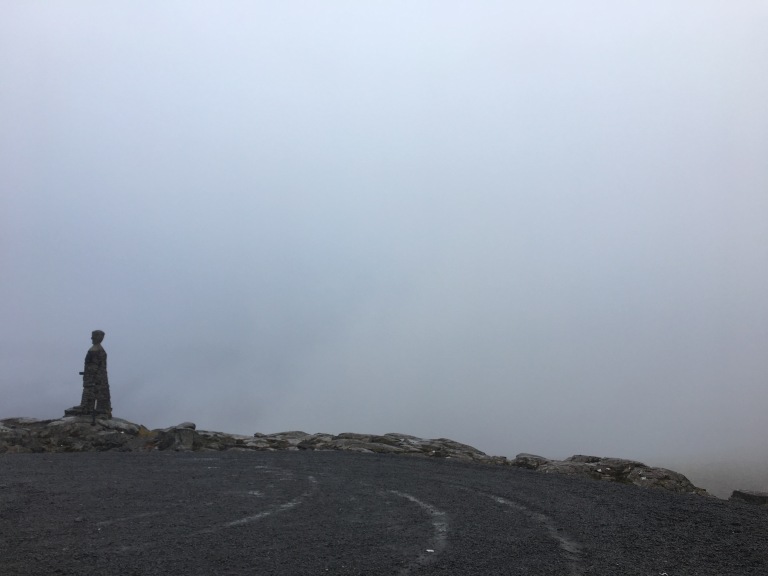 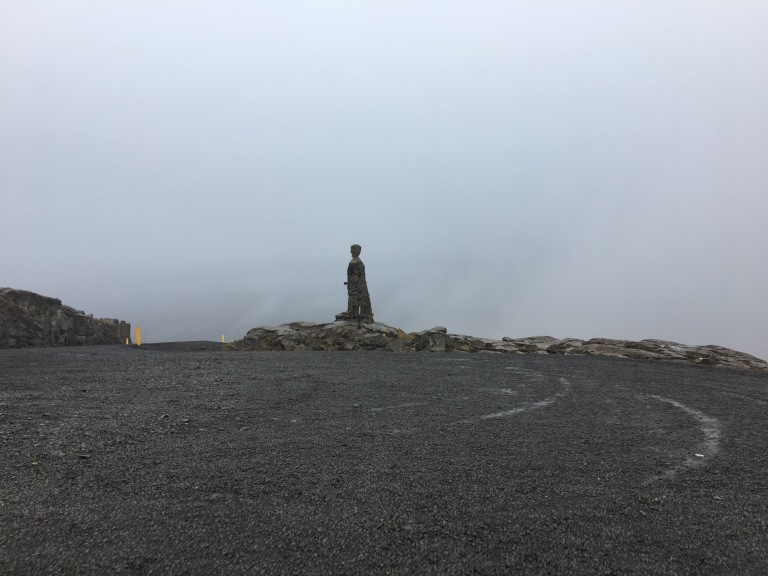 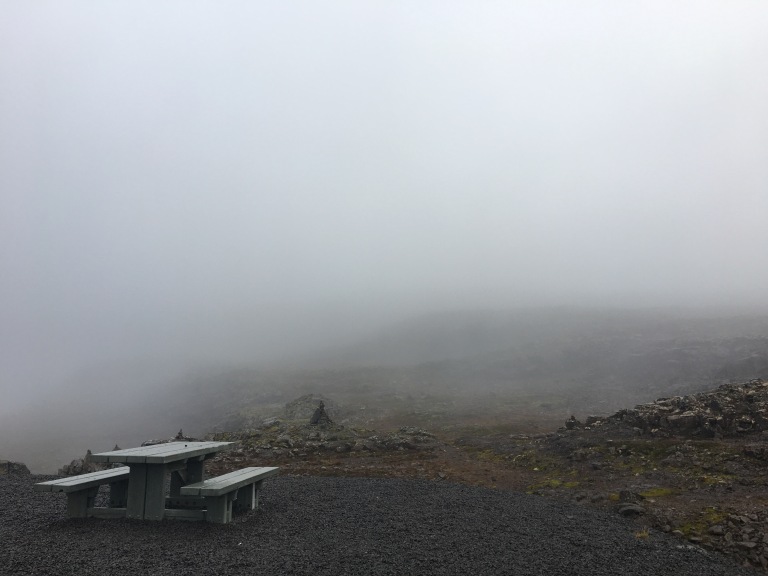 By now the scenic picnic spot by the waterfall is becoming less idyllic. The waterfall was so noisy and was reminding me I needed to pee. The rain had not stopped and our suitcases as well as us, were getting wetter and wetter. I was definitely getting colder. There was low cloud coming in and it was 3 degrees celcius and dropping. Finally we made the call with limited E internet on Josh’s phone to their emergency assist who told us to phone the car hire people! They told us to drive back to the town where we were last night which we did. Stopwd at a service station to get the name of a tyre mechanic.  Tyre pressure has dropped to PSA 27 by the time we got there.  The lovely guys there saved us and sent us on our way. 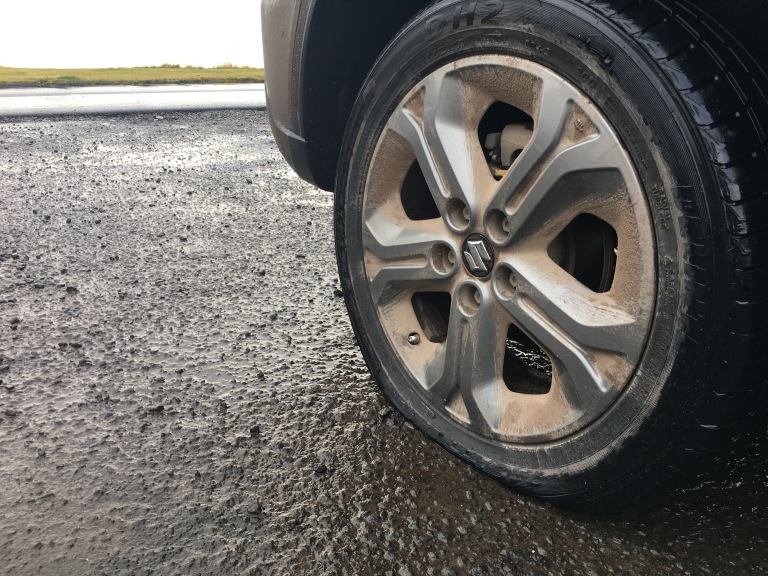 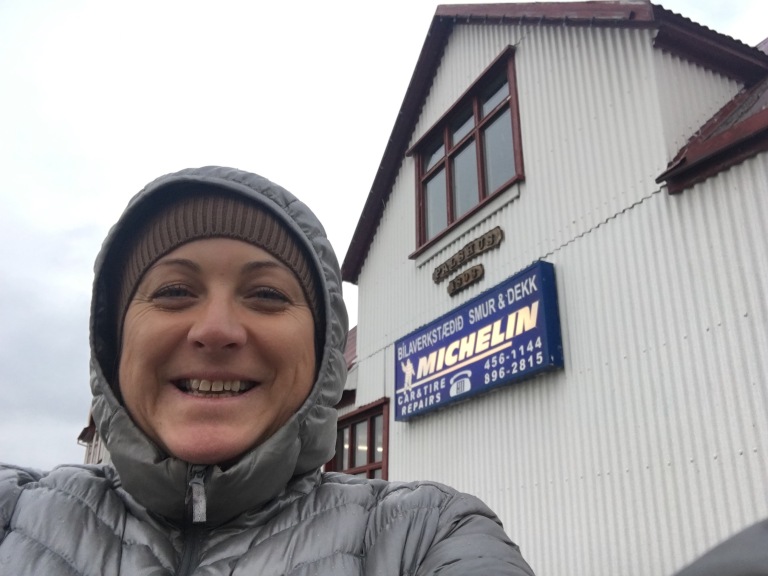 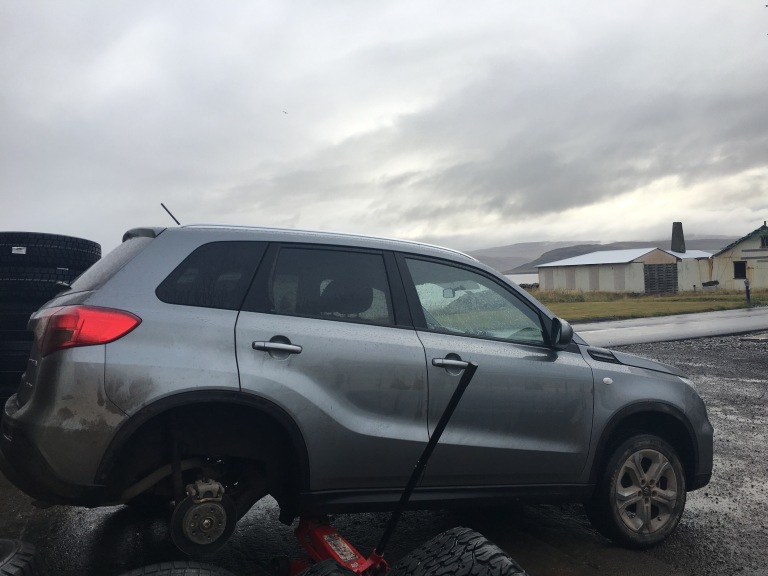 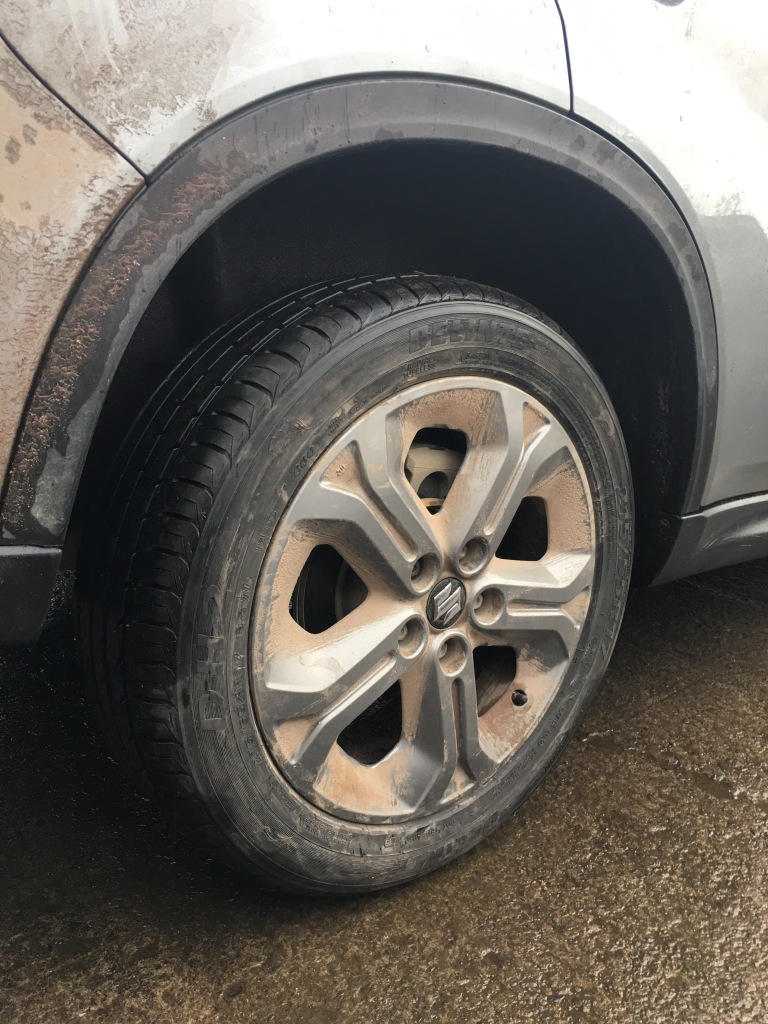 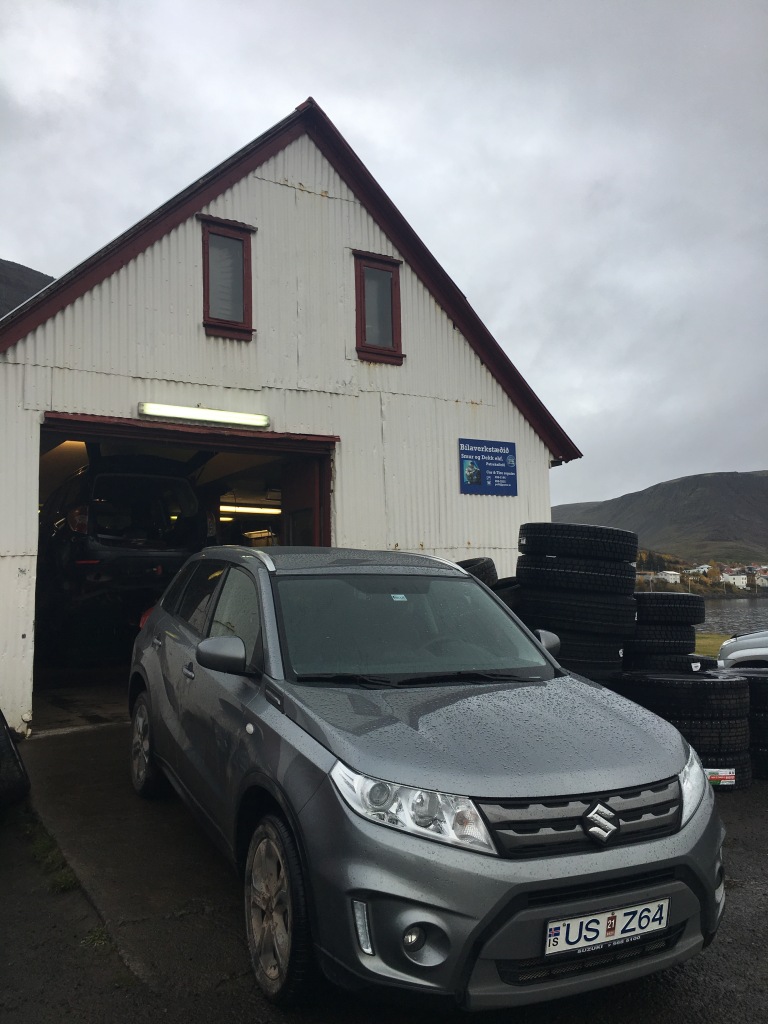 We are now in The Snæfellsnes (means Snowy Mountain Peninsula) and back to having more than just us around. This area is easily accessible from Reykjavik hence the bus loads. We checked into our hotel and while all I wanted to do was go to bed we needed to go get some dinner which we had at Sjávar Pakk Húsid – more seafood and an impromptu show! 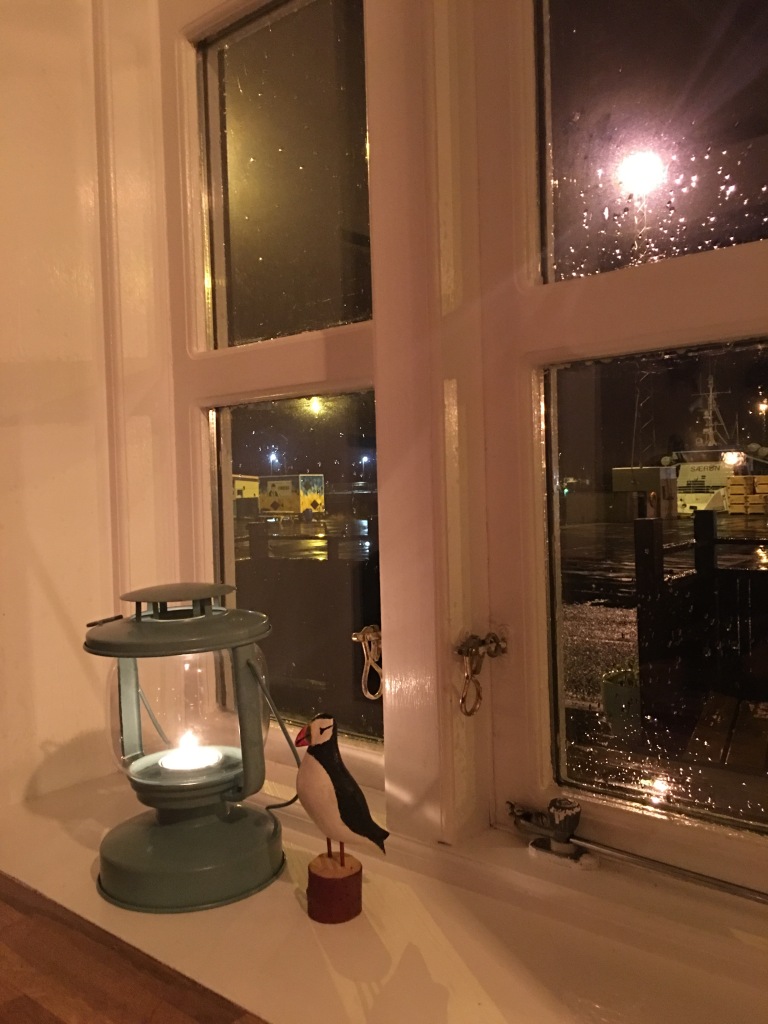