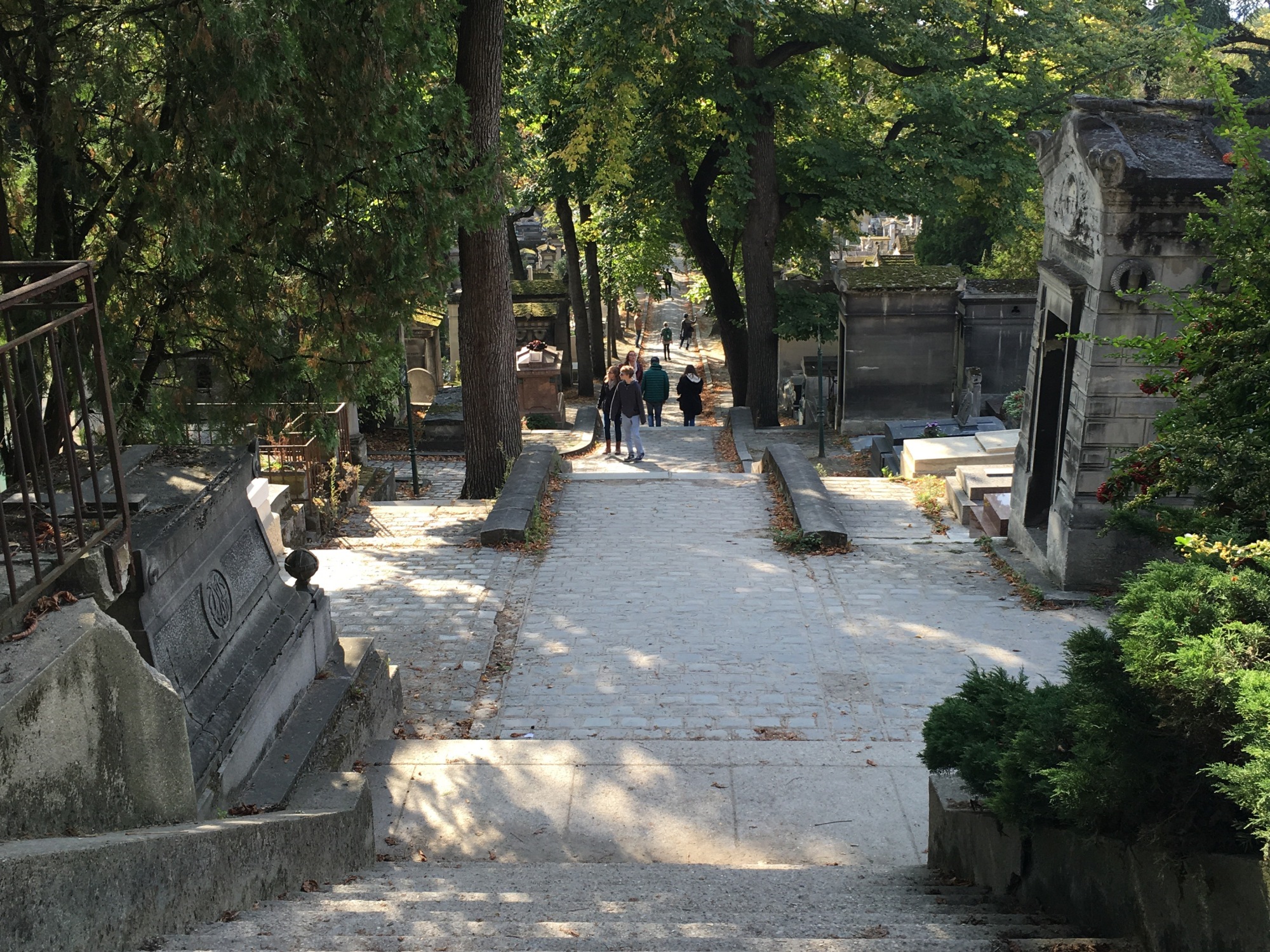 Le Marais (“The Marsh”) is a historic district in Paris. Long the aristocratic district of Paris, it hosts many outstanding buildings of historic and architectural importance. It spreads across parts of the 3rd and 4th arrondissements in Paris on the Right Bank of the Seine.It is full of little cafes, shops, bars and boutiques. 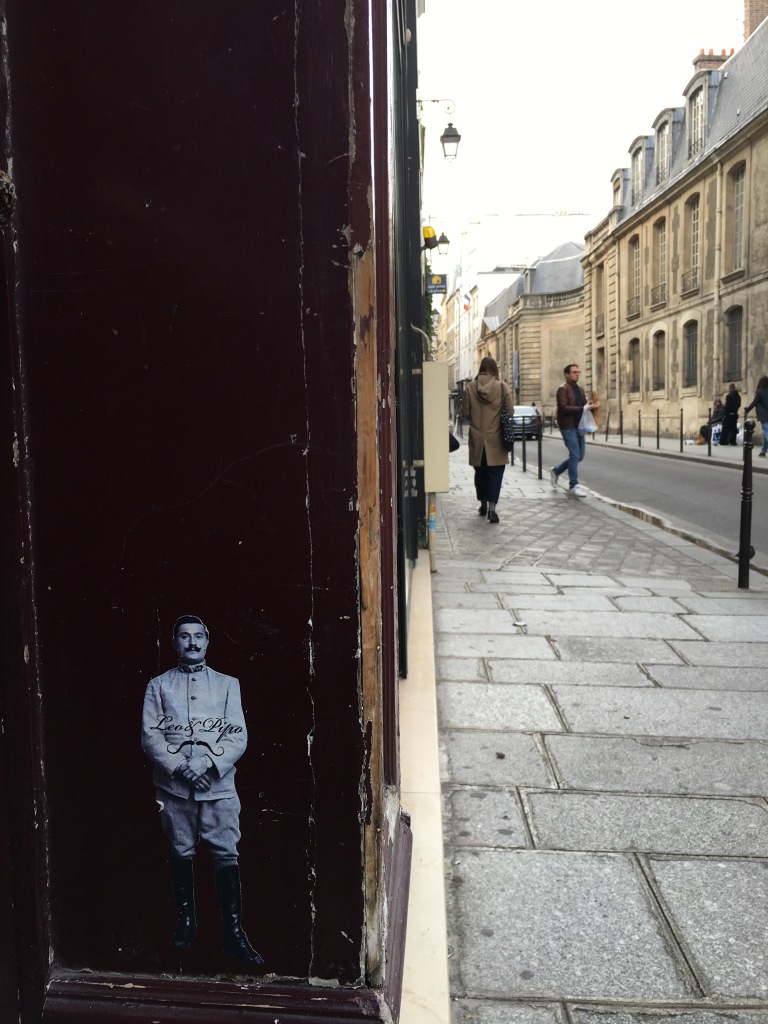 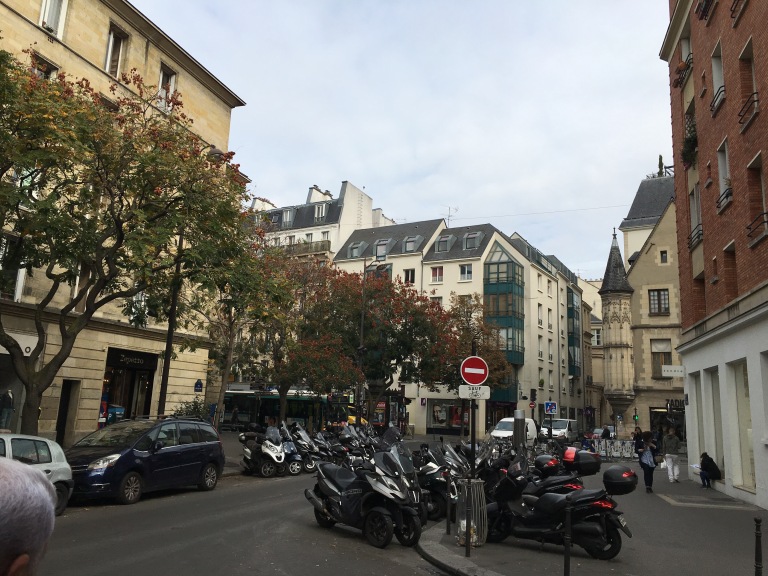 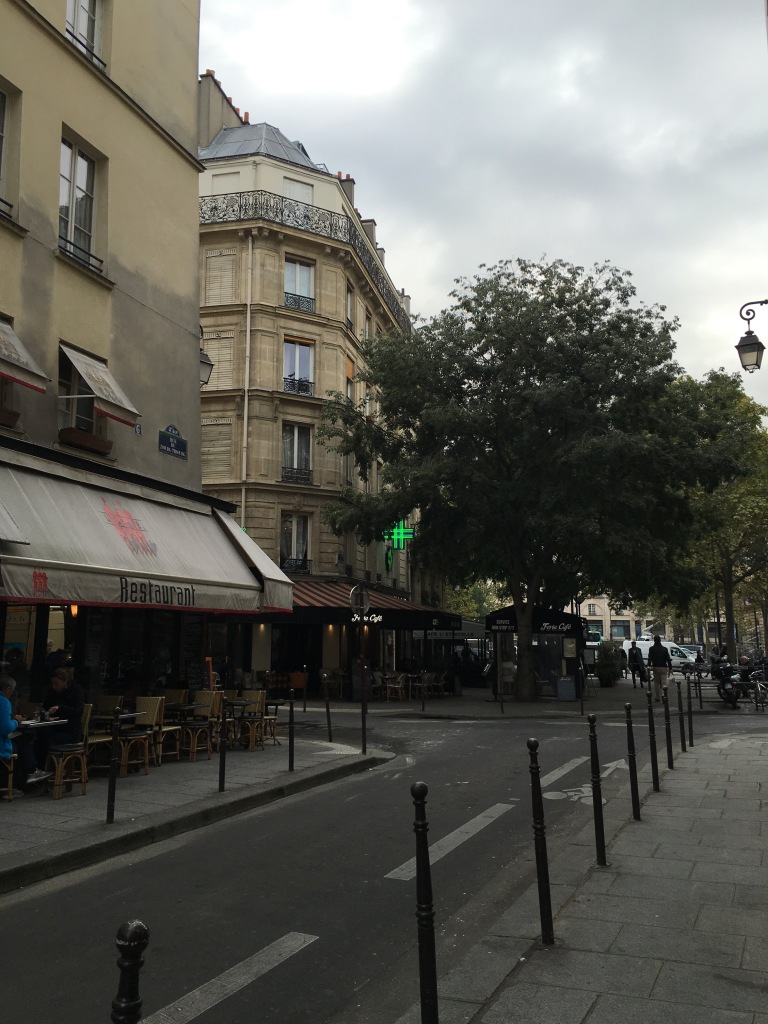 A smile settled across his face now, his eyes creasing with pleasure.

“Paris. I would sit outside a cafe in Le Marais and drink coffee and eat a plate of warm croissants with unsalted butter and strawberry jam.””Le Marais?” “It’s a little district in the center of Paris. It is full of cobbled streets and teetering apartment blocks and gay men and orthodox Jews and women of a certain age who once looked like Brigitte Bardot. It’s the only place to stay.”

Me Before You, Jojo Moyes

Following in Louisa’s footsteps, I headed to L’Artisan Parfumeur to choose a perfume for my birthday. I was torn between Nuit de Tubéreuse  (a floral with tuberose) and L’eau D’Ambre (a patchouli/oriental). I chose the tuberose but ended up returning later for the other one as they were both smelling so delicious on my wrist! 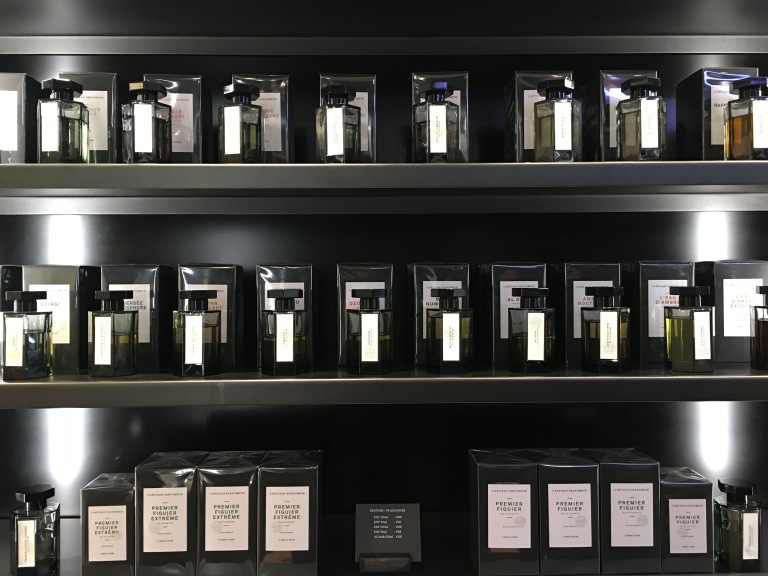 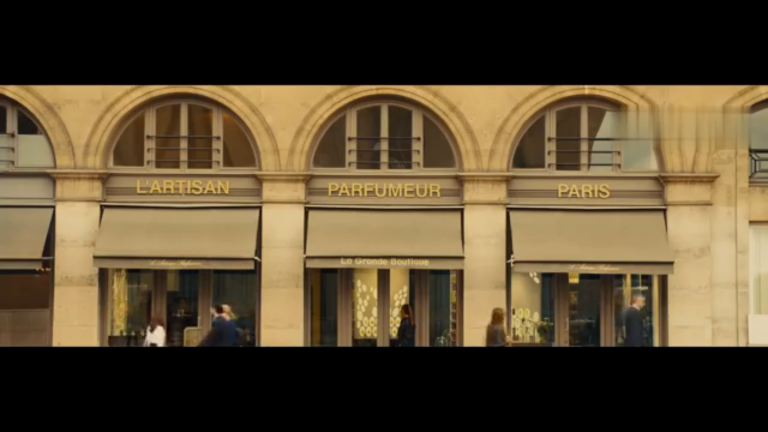 A short bus ride and we found ourselves in the serenity and quiet of the largest cemetery in the city of Paris.

“The world’s most visited cemetery, Père Lachaise, opened in 1804. Its 70,000 ornate and ostentatious tombs of the rich and famous form a verdant, 44-hectare sculpture garden.” 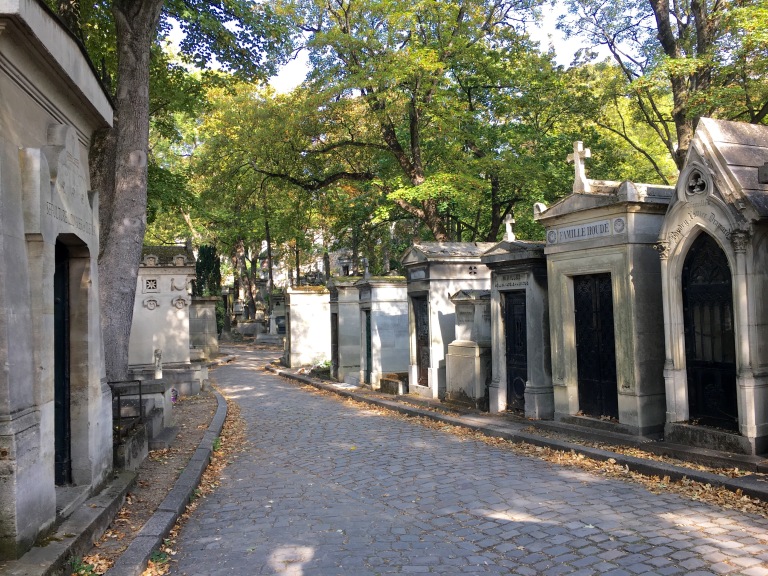 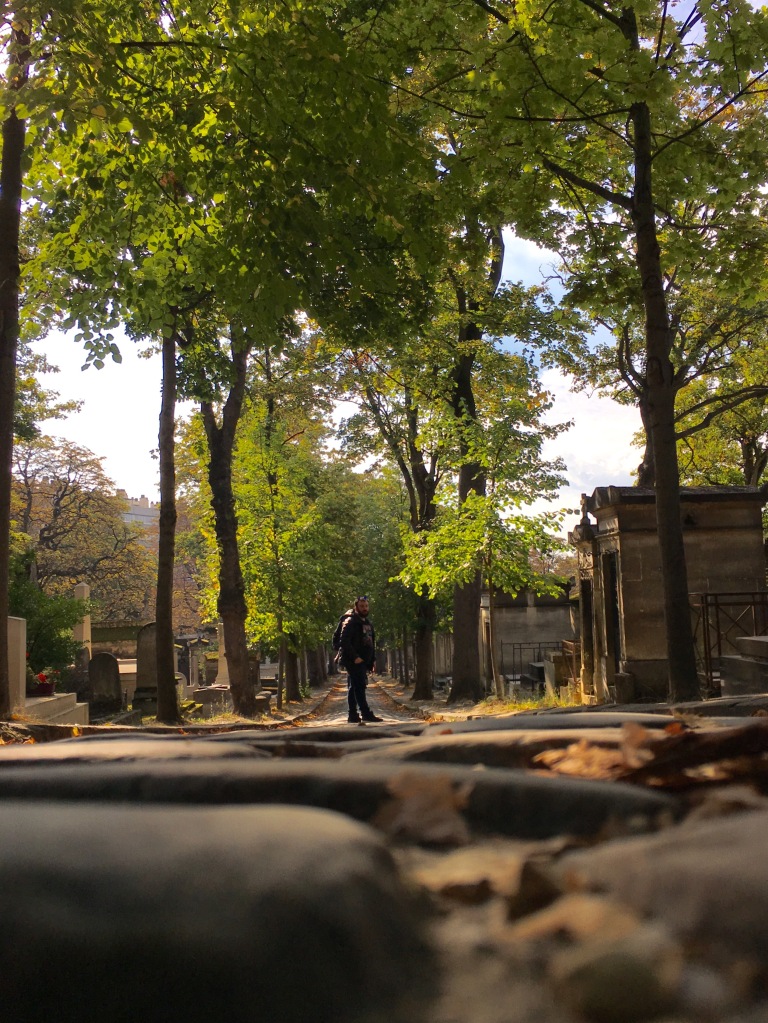 The most visited are those of 1960s rock star 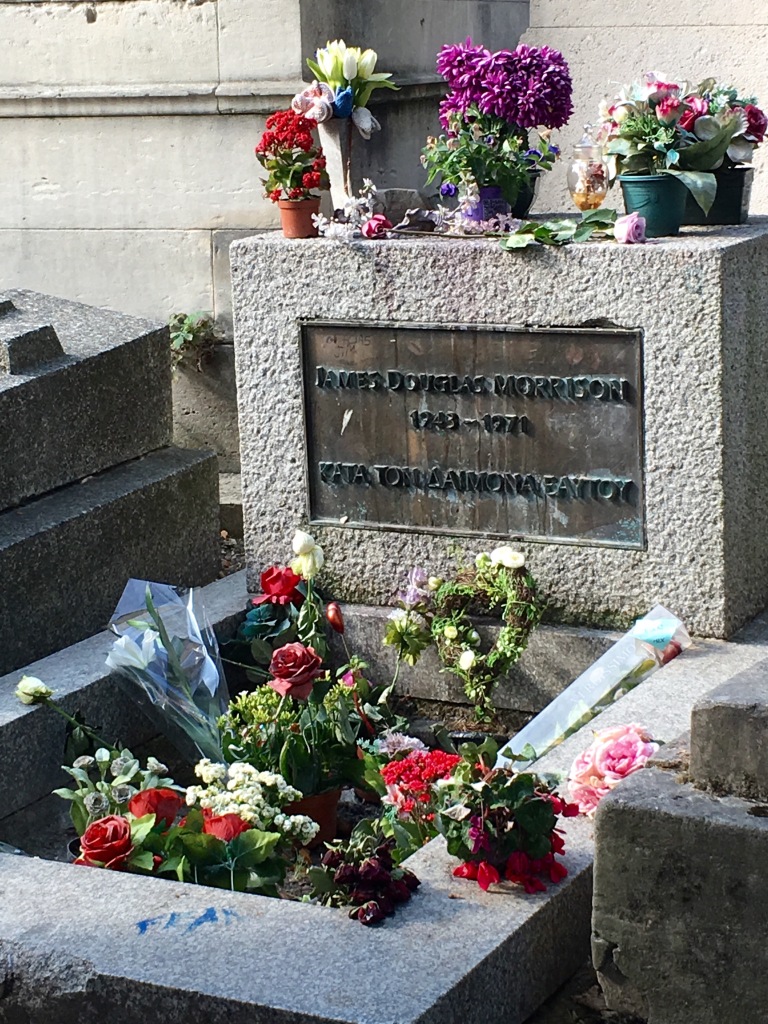 “Morrison, lead singer of The Doors, has a remarkably simple tomb, but it is one of the most popular in the cemetery. After Morrison died in 1971, of a suspected drug overdose in Paris, he was buried in an unmarked grave in Père Lachaise. When the cemetery placed a simple marker on the site it was stolen. The same thing happened to a bust of Morrison placed on a simple gravestone. Many visitors leave gifts on Morrison’s grave, but many also write poems or other messages around the gravestone. In 2008, it was reported that the cemetery had hired a guard to ensure that visitors to Morrison’s grave did no more damage to it or other tombs. Now a simple block of stone bears the message, in Greek, ‘According to his own daimon.’” 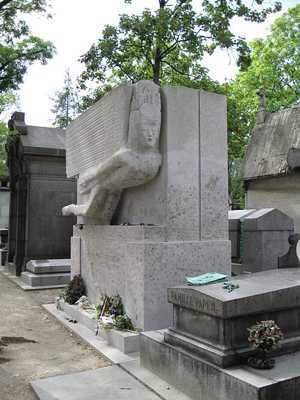 Wilde’s is probably the most famous tomb in Père Lachaise. Wilde died in France after leaving England to avoid the shame of his conviction for ‘gross indecency.’ His legendary wit is said to have extended to his death bed, where he is supposed to have quipped – ‘My wallpaper and I are fighting a duel to the death. One or other of us has to go.’ (Though this is probably apocryphal.) Wilde’s tomb, with an angel displaying its genitalia, was defaced soon after its erection. Today the monument stands covered in lipstick where women kiss the stone, proving the grave’s popularity a glass panel has been erectes around it now).  Engraved on the tomb is a verse from the Ballad of Reading Gaol by Wilde:

And alien tears will fill for him

For his mourners will be outcast men,

“The story of the love between Abelard and Heloise was one of the best known romances of the middle ages. Abelard was one of the great French philosophers and logicians of his day. Being one of the great teachers of the time, he was hired to teach Heloise, a rich young noble woman. Heloise and Abelard started an affair which led to an illegitimate child and a secret marriage. When Heloise’s uncle found out about the affair, he had Heloise placed in a nunnery and Abelard was castrated. The letters the two sent to each other over the course of the rest of their lives are – justly – famous. The bones of the two lovers were buried together under a grand tomb in 1817. A tradition of modern lovers leaving letters at the tomb of these two great, though doomed, lovers has arisen.” Very Romeo & Juliet.

Edith Piaf
Édith Piaf was a French cabaret singer, songwriter and actress who became widely regarded as France’s national chanteuse, as well as being one of France’s greatest international stars.  Coincidentally it was the anniversary of her death today when we were visiting. 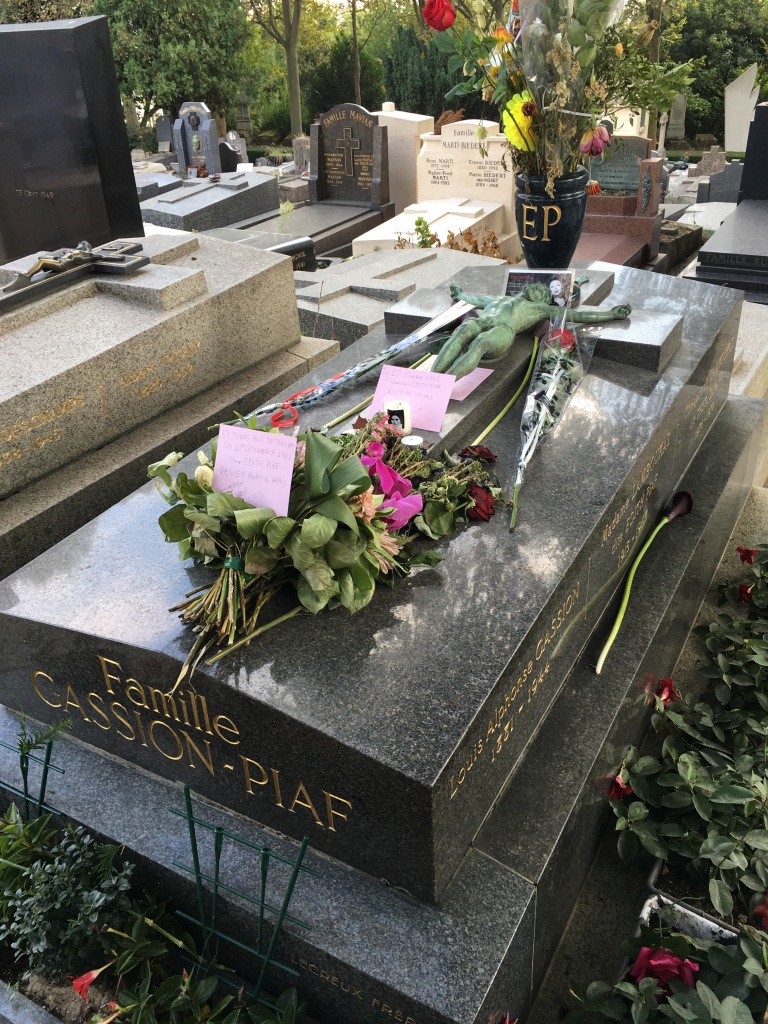 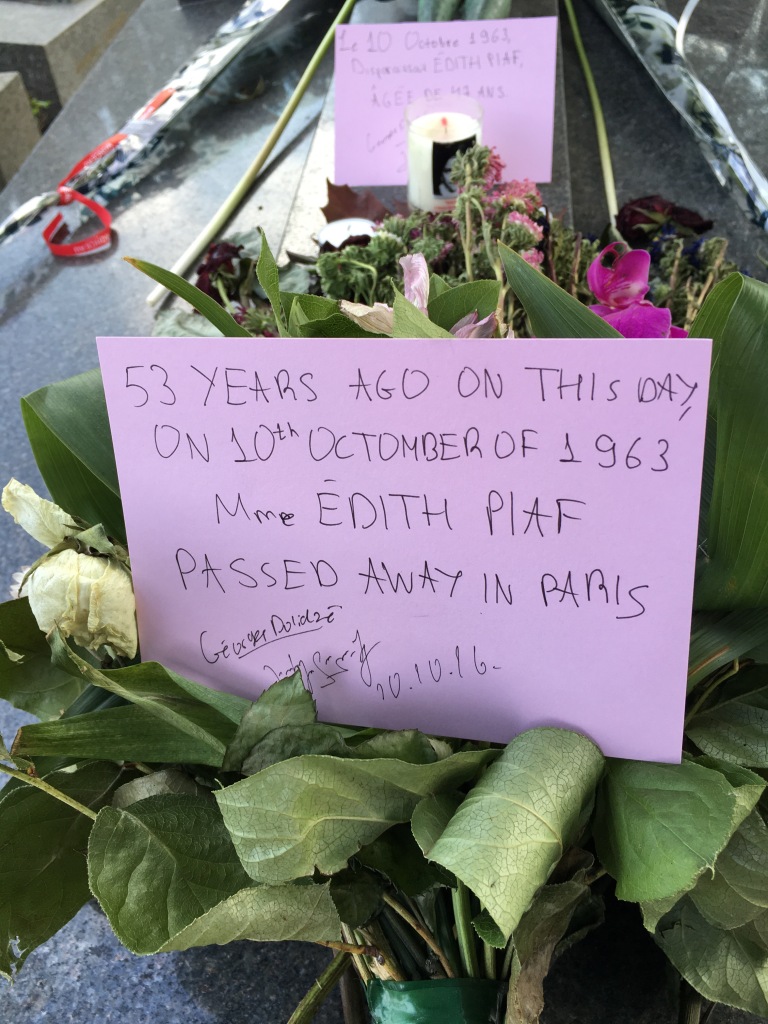 The very moving grave of a victim of the 2015 terrorist attack at the Bataclan theatre. Visitors leave rocks, conkers, train tickets and glass. 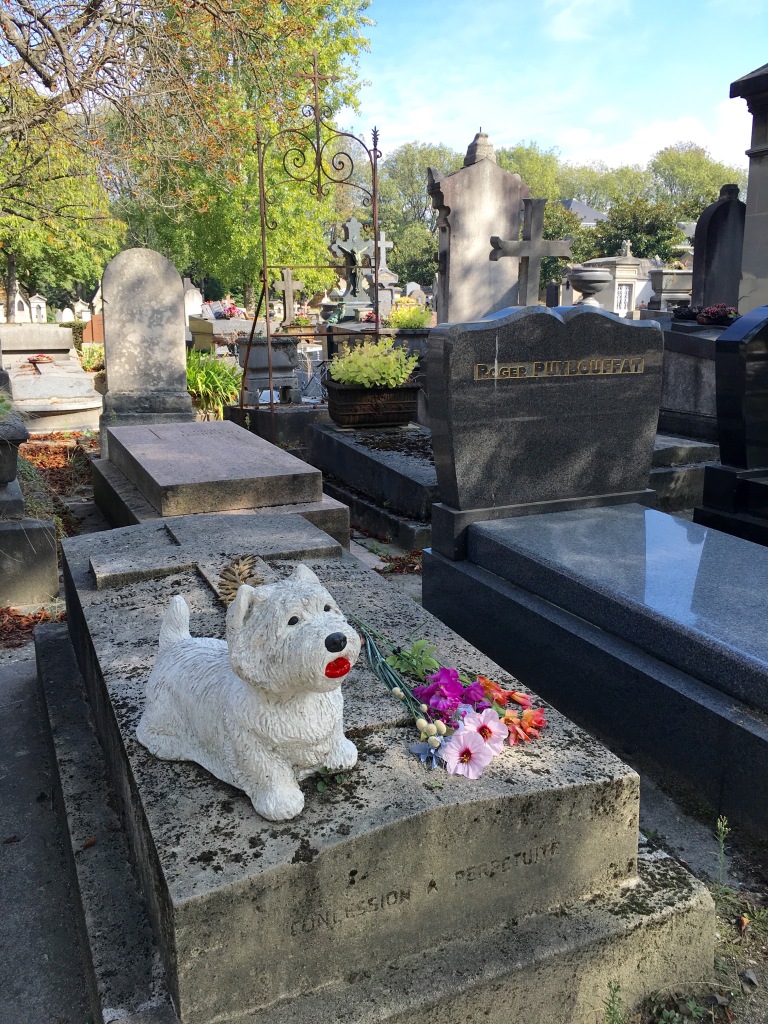 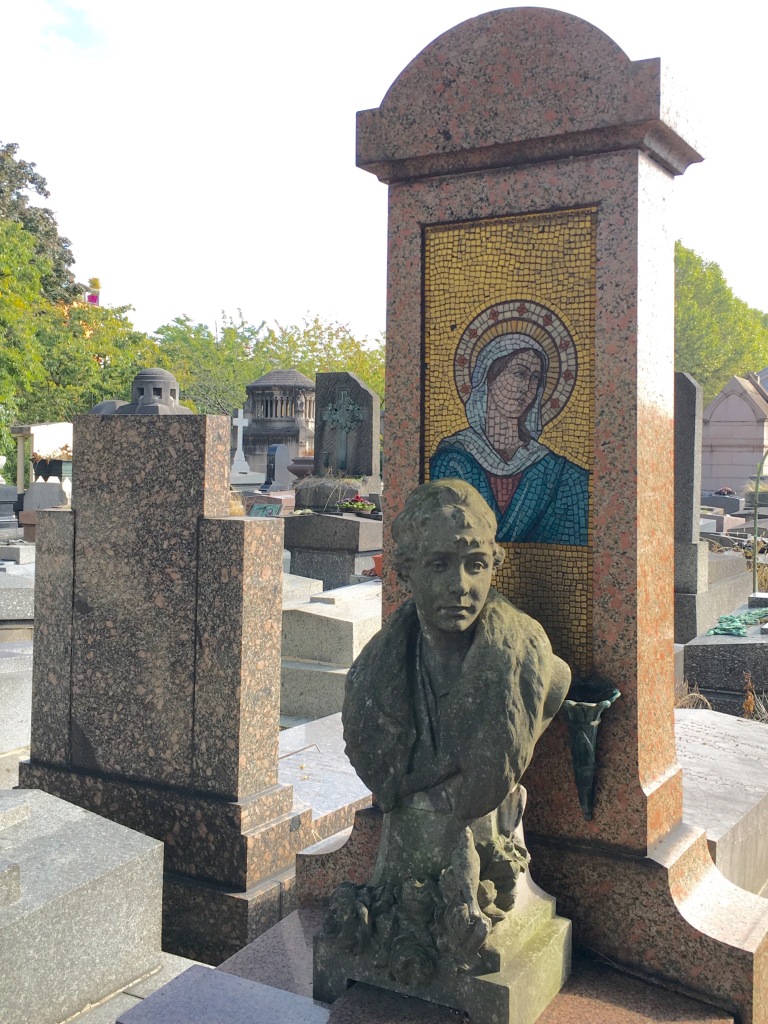 http://hubpages.com/entertainment/PereLachaiseCemetery
May they continue to rest in peace overlooking the gem of Paris. 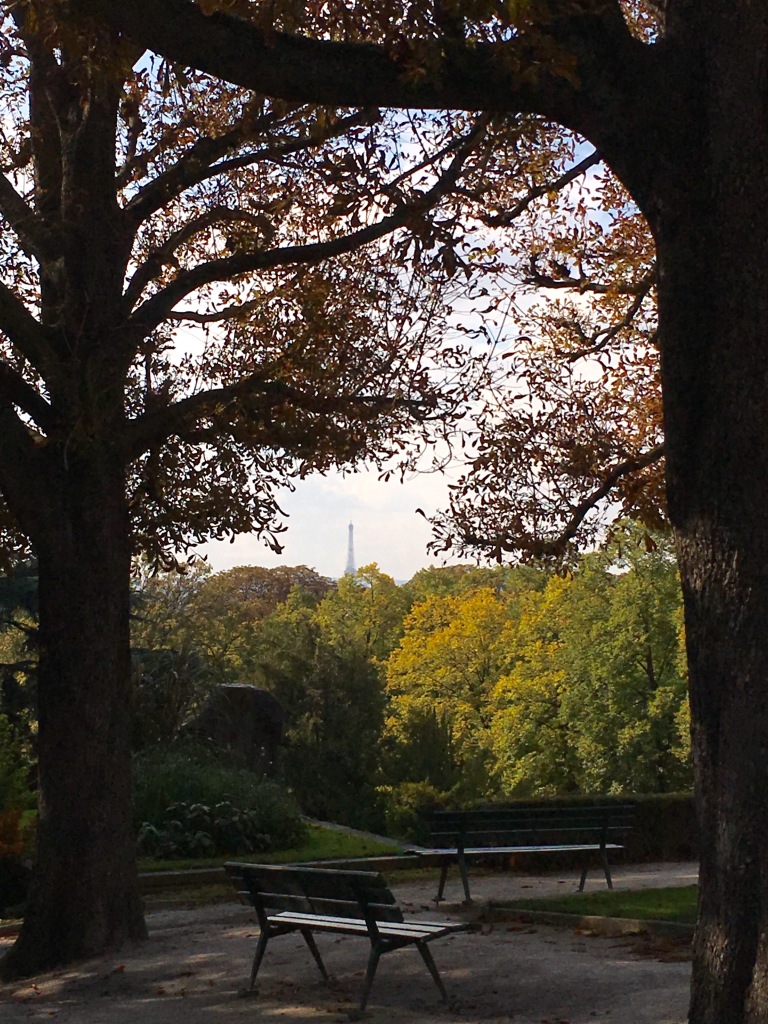