Day 18: Dublin to Chester via Conwy

We bid farewell to Ireland and headed to the Port to catch the super fast Swift ferry named the Jonathan Swift. It makes crossing the Irish Sea much faster but could also potentially be much rougher! As it turned out the seas were good but because of the speed of the craft it was lots of fun trying to walk about!

Harry and I passed the time by playing a dice game called Farkle with some fellow passengers.

On arrival at Holyhead, Wales we were checked and stopped by Border Force as apparently we tested positive for radioactive heat. Darren gave them the passenger list and they did more testing. After 20 mins of scanning the underneath bags, we moved off and Darren told us they needed to check the bags of 4 passengers. He couldn’t name names but said it was a group of 3 and a single traveller. Well we looked at each other and wondered what the hell we had in our bags as we were the only group of three.We were a bit worried. Then he started laughing and we knew we’d been had!

Our first stop was the place with the longest name in Wales which rolled easily off the tongue of our Welsh bus driver.

It means “The Church of Mary in the Hollow of the white hazel near the fierce whirlpool and the church of Tysilio by the red cave”. Which seems like directions to the town rather than the town name.

The Women’s Institute was founded here in 1915. 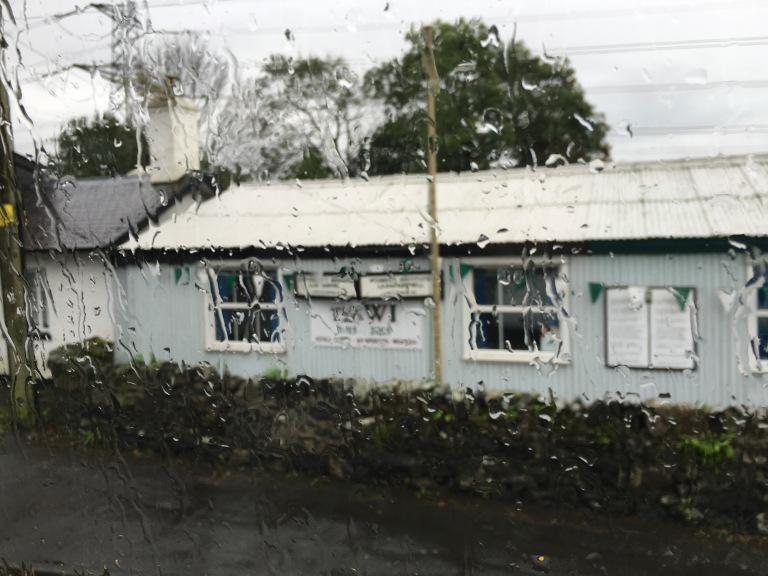 Conwy
Charming Welsh seaside village with a castle looking above and old city walls. It’s wet wet wet just like Wales should be! Conwy is also home to the Britain’s smallest house.

We had a pub lunch. Fish n chips and mushy peas. The cod was delicious!

Chester was founded as a Roman fortress in the 1st century A.D. It’s known for its extensive, well-preserved Roman walls made of local red sandstone. In the old city, the Rows is a shopping district distinguished by 2-level covered arcades and Tudor-style half-timbre buildings. A Roman amphitheatre, with ongoing excavations, lies just outside the old city’s walls. 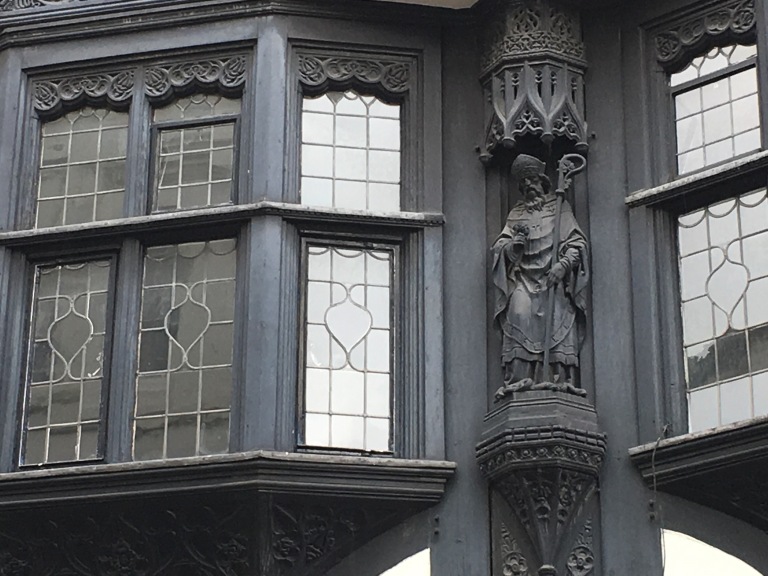 The Roman amphitheatre at Chester was the largest in Britain and was used for entertainment and military training, Excavations have found skeletons with sword nicks and tooth marks in the bones.

Chester city walls consist of a defensive structure built to protect the city of Chester in Cheshire, England. Their construction was started by the Romans when they established the fortress of Deva Victrix between 70 and 80 AD. 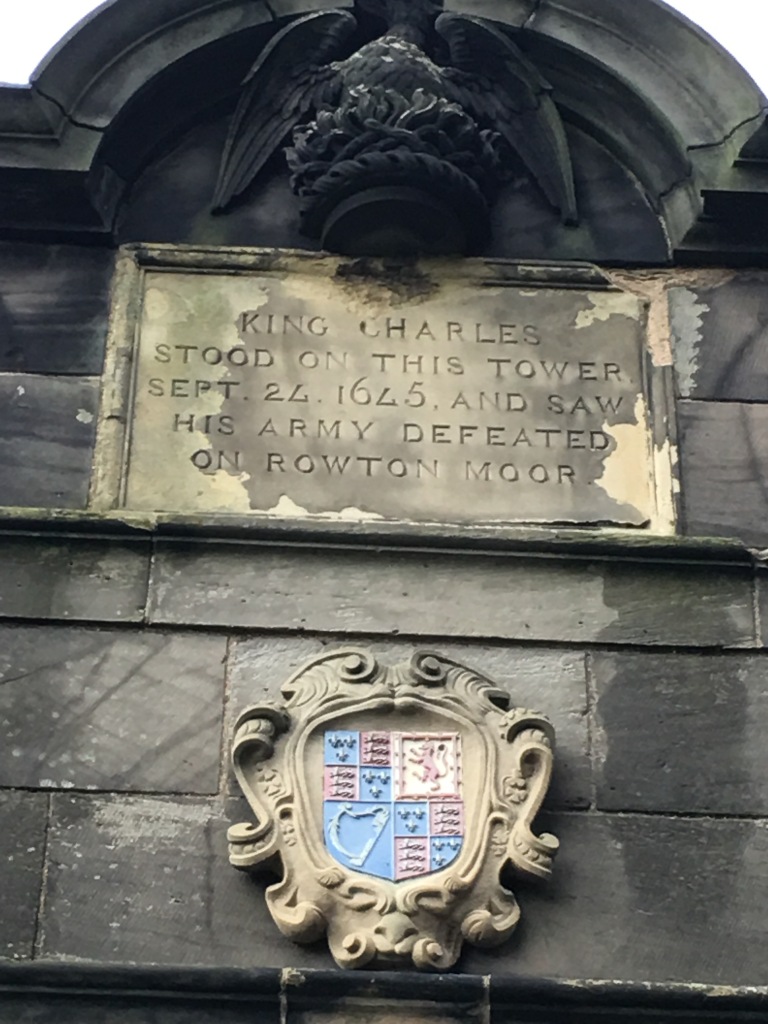 The Rows are continuous half-timbered galleries, reached by steps, which form a second row of shops above those at street level along Watergate Street, Northgate Street, Eastgate Street and Bridge Street. The Rows are unique in the world to Chester, and nobody is quite sure why they were built in this way. Some original 13th century buildings, including the Three Old Arches in Bridge Street, have survived the ravages of time, but many of the impressive facades are Victorian copies. 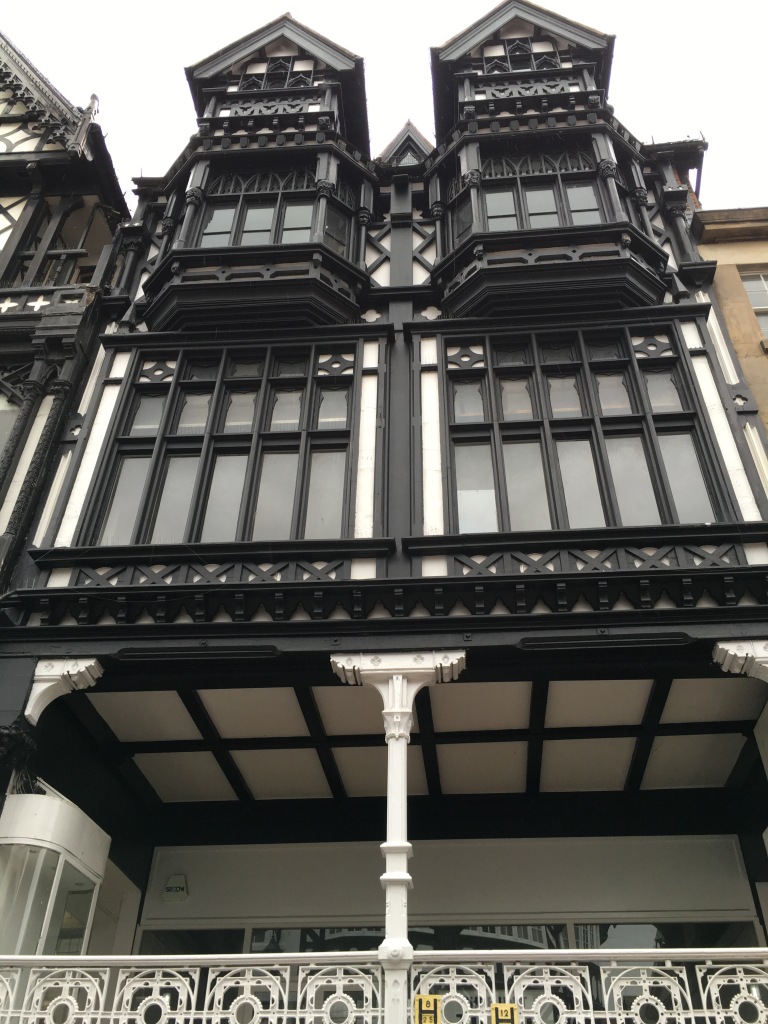 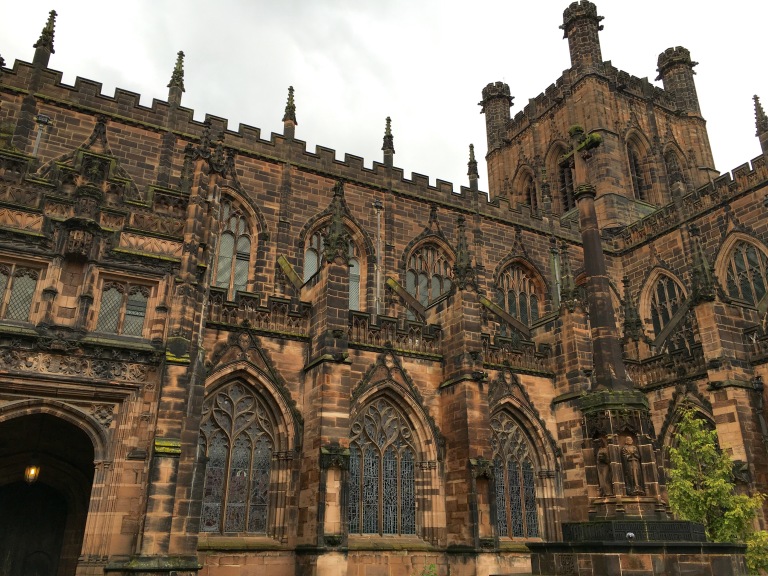 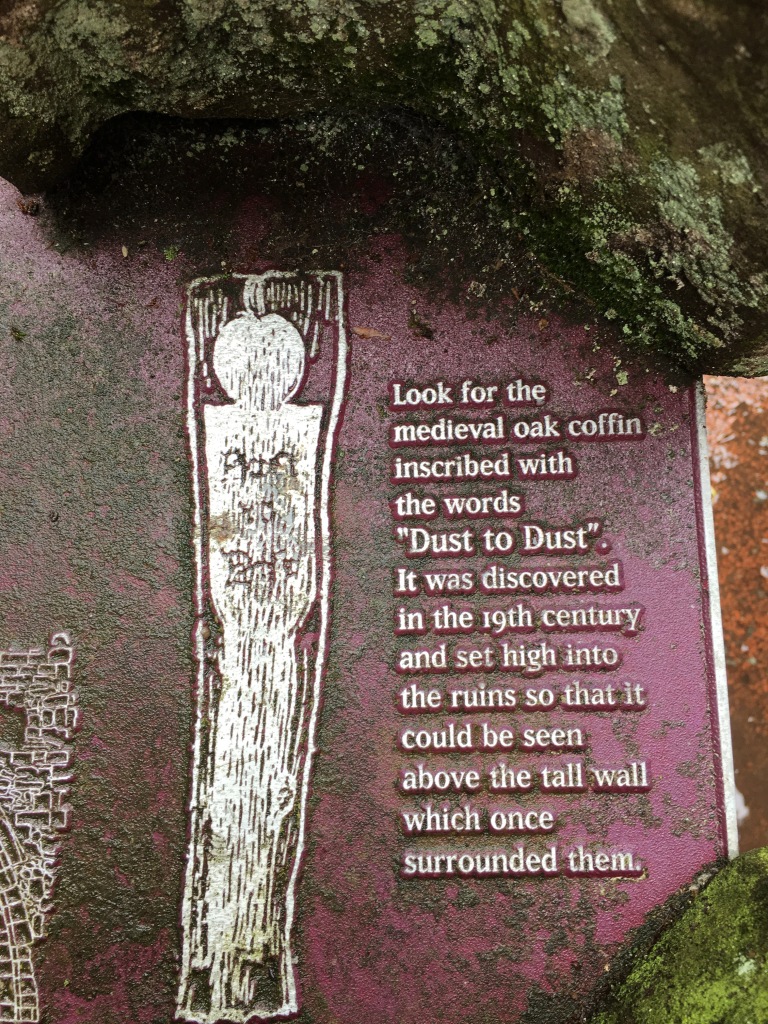 Clock without a face facing Wales ‘don’t give them the time of day’.

Shopping and waiting in the rain

Drinks at the Pied Bull Pub with Andy and Jana. Lots of laughs. Harry bought some blue cheese and biscuits to eat and a local bloke got him a plate and knife from the kitchen. So friendly! 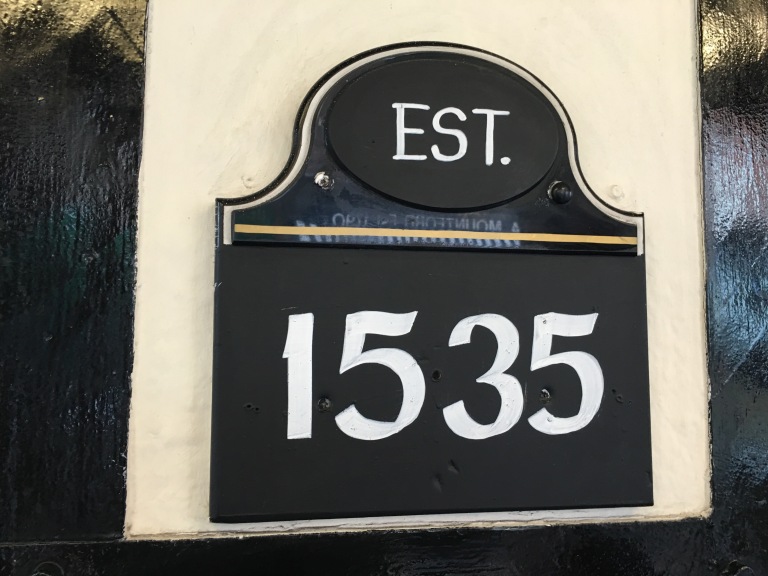 Drinks for Bruce’s 70th at the Town Crier before dinner. No Contiki line ups on. This bus trip!

Our hotel is like a museum and is said to be haunted. 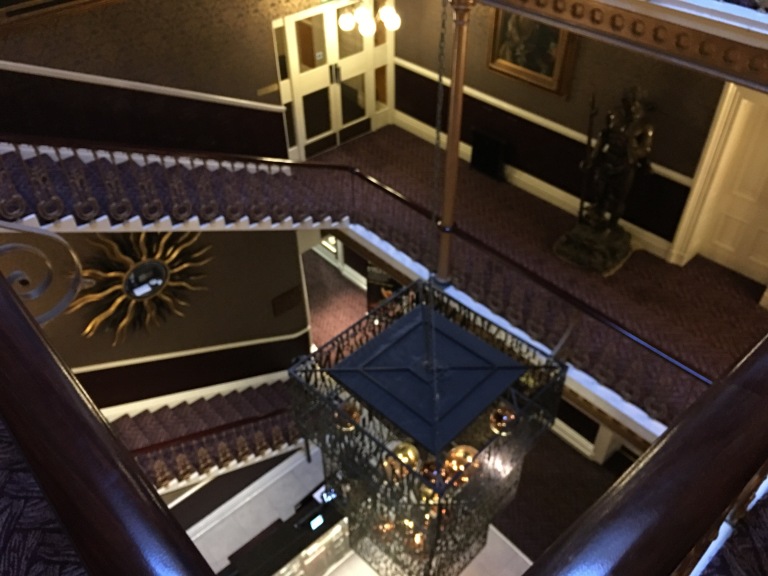 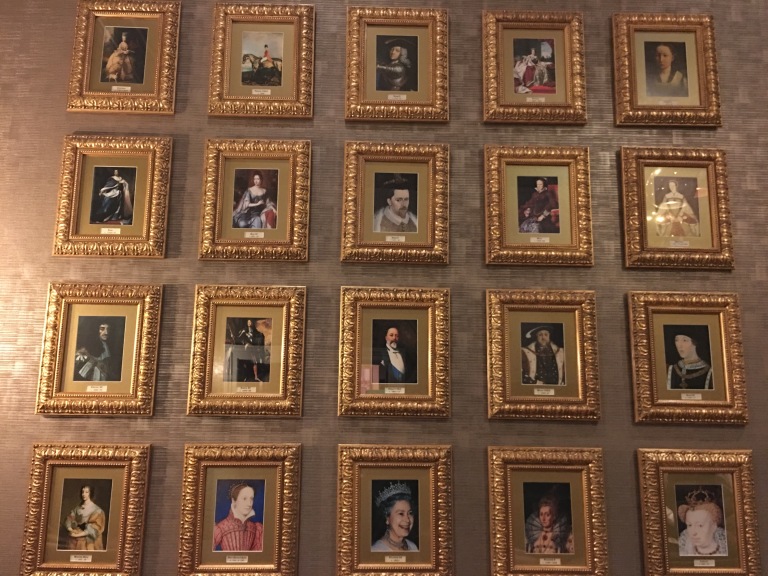 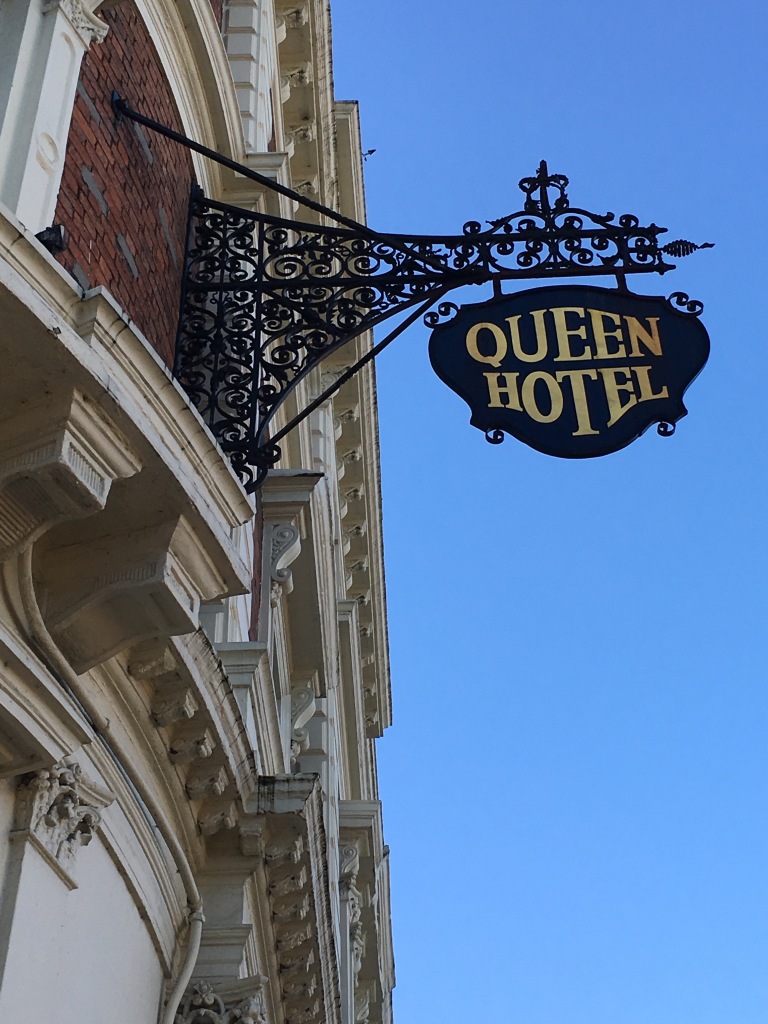