Who would have thought that London would be experiencing 31 degrees Celsius in September! I sure didn’t pack for this.

We had breakfast at The Grind in Shoreditch. They certainly squeeze them in, even the waitresses were struggling to get food to the tables.

We had tickets for the Hop on Hop off London tour bus and it came with a free river cruise from Millenium Dock to Westminster so we took that first before it got too hot. Great views of both sides of the River Thames.

We had a good wander about here but it was so hot we cut it short to get on the bus so the wind as the bus moved could cool us down. 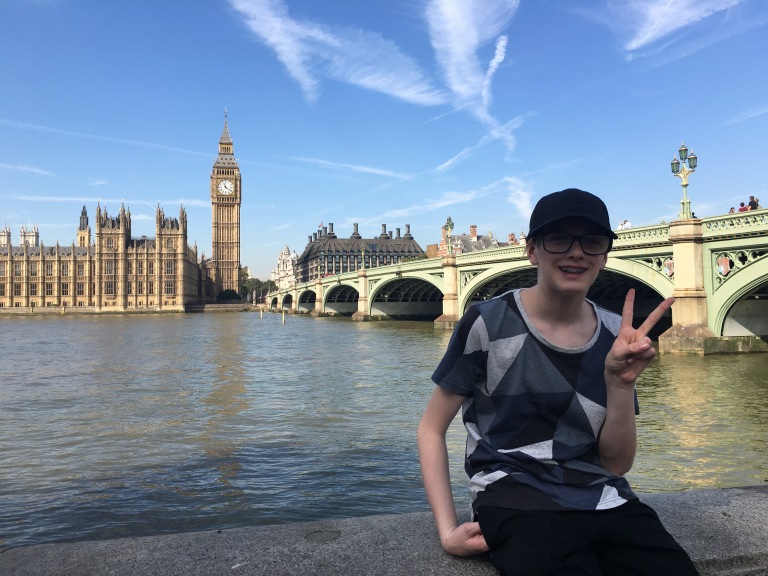 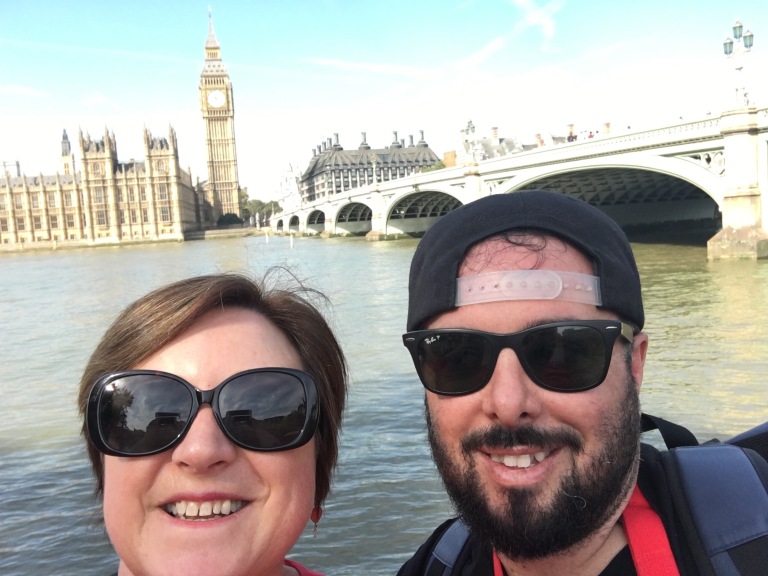 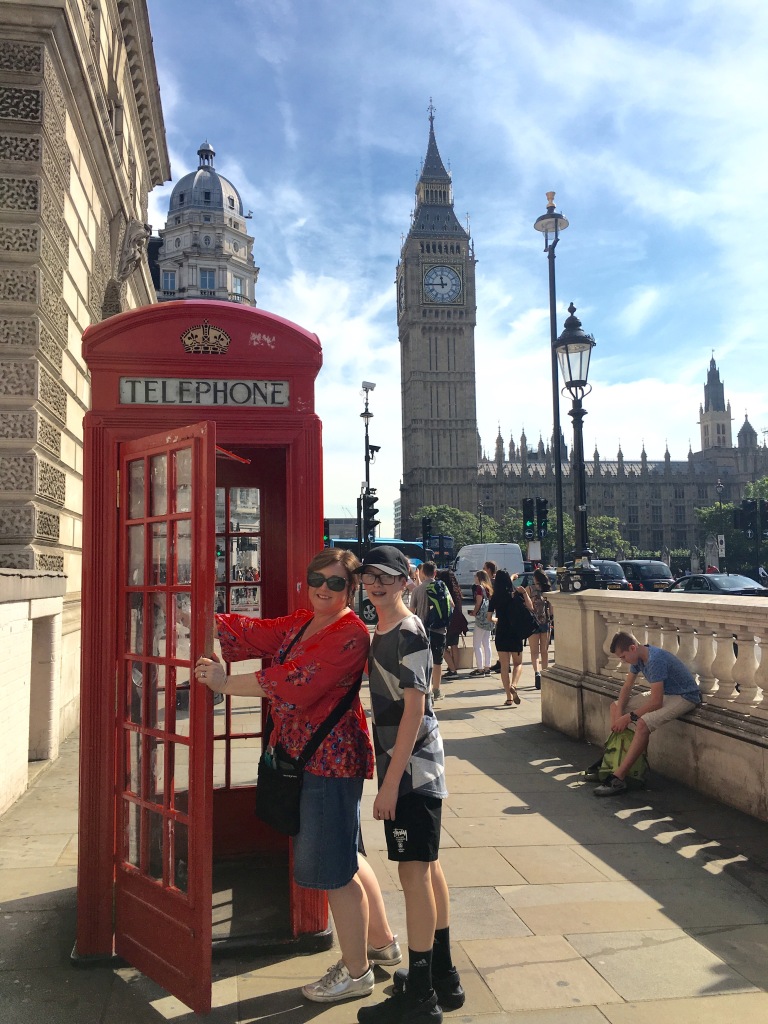 On to the bus. Down Pall Mall ( did you know shopping malls get their name from the fact that the first covered arcade was off Pall Mall) to St James’ Palace that King Henry the 8th had built for Anne Boleyn. That ended badly but the palace was used as base for many kings and queens. Buckinham is relatively new by palace standards. St James’ Palace is also where Princess Diana’s body lay in state before her funeral.


We got off the bus again at Buckinham Palace. Harry was not interested at all because of the heat. Josh took some shots from the Queen Victoria monument. I thought about Diana again, and the sea of the flowers left here. He has been trying to catch a pigeon all week and today he became the Pigeon Whisperer but he still couldn’t catch them. 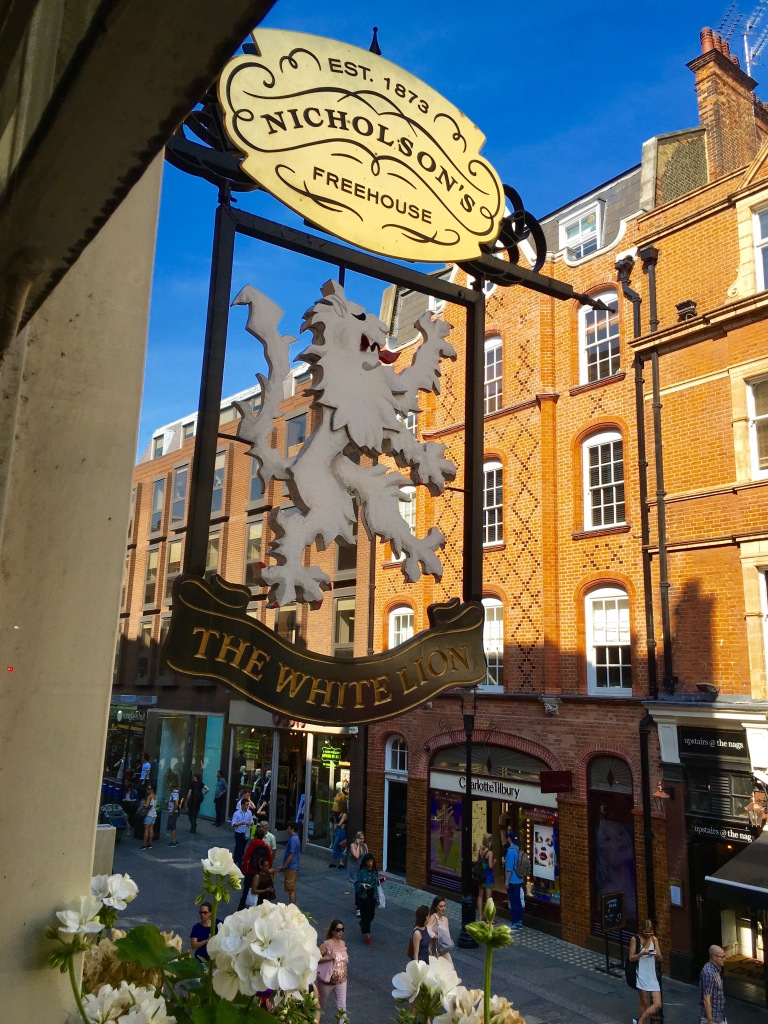 I had to show the boys this decadent store, especially the food hall. We had macarons and a Portuguese tart. Harry looked for $1000 sneakers that he has been nagging about for months. As if that will happen 😂

Again I was reminded of Diana but this time in a weird way. The memorials to Diana and Dodi in Harrods are just a little bit ikky. 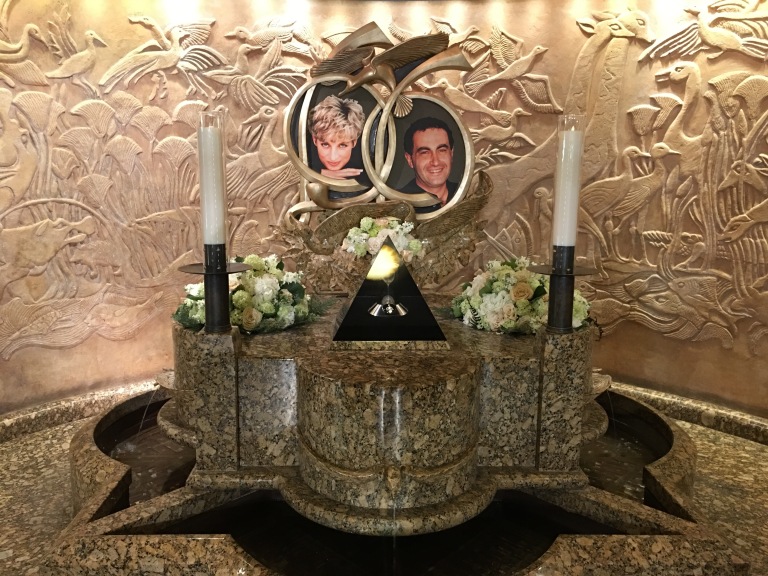 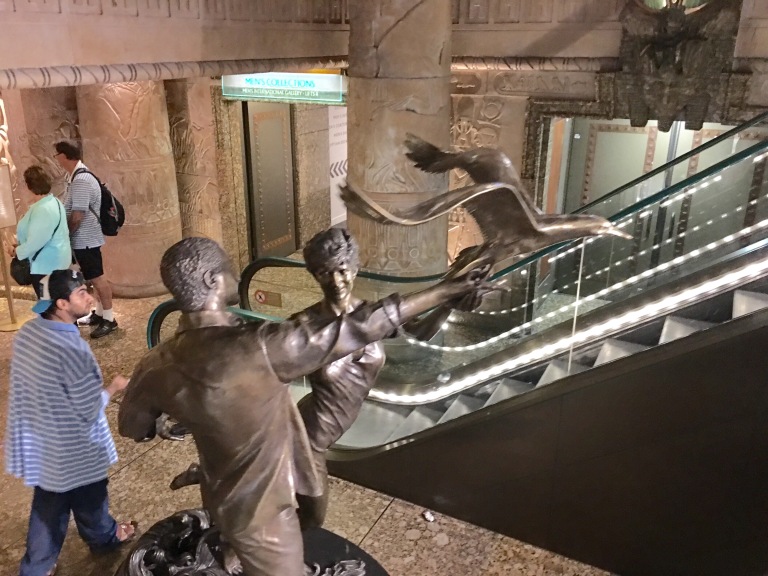 We did say he could buy a Polo Ralph Lauren Hat but he wanted Nautica which our googling told us was available at Debenhams in Oxford St. So I went there with Harry while Josh (being a Beatles fan) headed to Abbey Road.

Harry and I discovered that they did not stock Nautica after all so we tried House of Fraser for the Polo hat which we bought.

Then we endured the Train ride from hell. Packed carriages of hot, sweaty, stinky bodies from Bond St to Bank. Then a walk and a half to change lines from Piccidily to District lines.no air conditioning on that train as it was an older one. The humidity was off the charts and I was lathered in swear as was Harry. It was like Thailand in April without the nice pool to jump in. I had to settle for a cold shower.

Harry wanted to go for a short walk and we decided to let him under the strict proviso he write down the address and only be 20 minutes. He came back half and hour late to me waiting on the street and screaming at him like a crazy woman. So much for trusting him to do the right thing. He said he wanted to feel grown up.

Spent the rest of the evening repacking once again as we move on tomorrow. A 22 day Great Britain and Ireland Discovery tour awaits! I wonder what our fellow travellers will be like.

3 thoughts on “Hop on Hop off in a Heat Wave”